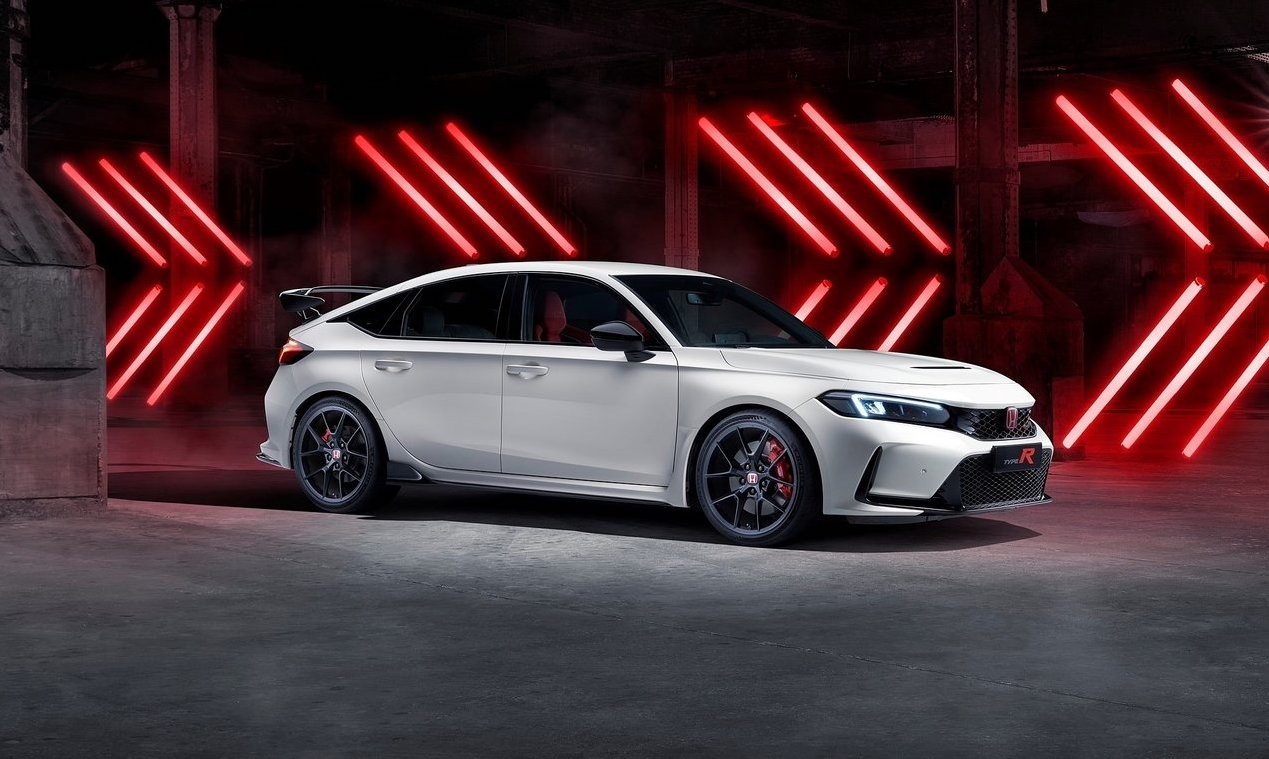 The first images and some details of the all-new 2023 Honda Civic Type R have been revealed, ahead of its on-sale date here in Australia early next year. 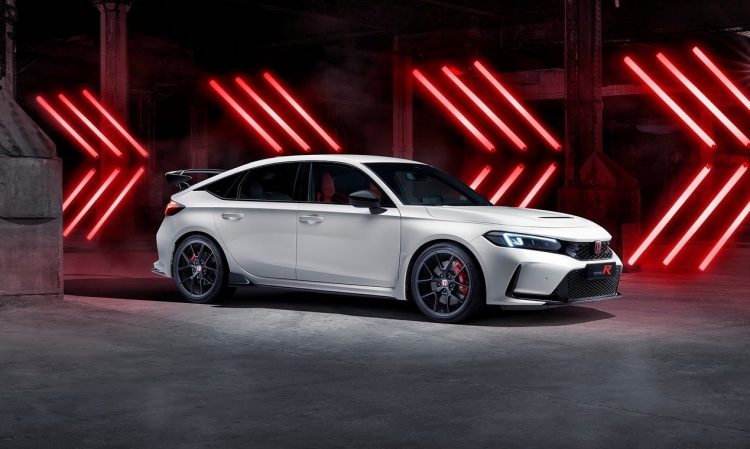 Honda says it focused on three main goals during the development of its next-gen hot hatch, including making sure it was the “fastest” front-wheel drive vehicle, as well as offering an “addictive feel” driving experience, while also presenting a “secure feel” for the driver in terms of high-speed stability.

Unfortunately, Honda is yet to uncover engine specs. However, the company confirms it will use a more powerful version of the outgoing 2.0-litre turbo VTEC four-cylinder. In a statement, the company said:

“An even more powerful and responsive version of Honda’s award-winning turbocharged 2.0-litre engine is paired with an improved six-speed manual transmission and rev-matching system for an even more intimate and rewarding connection with the driver.” 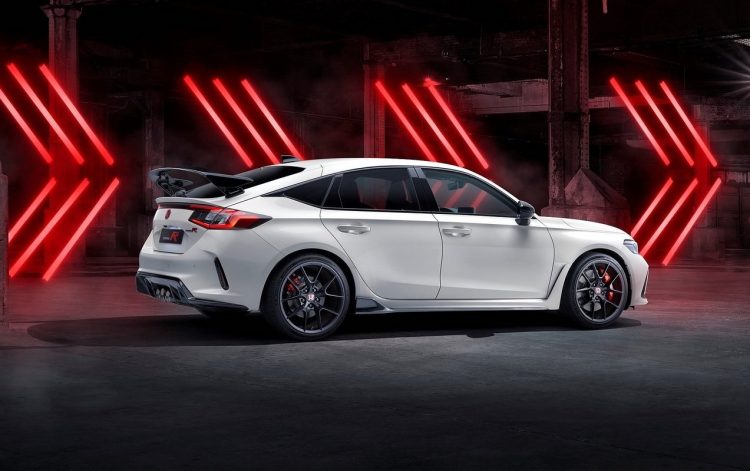 The outgoing Type R produced 228kW and 400Nm, which means the new model is likely to develop around 240kW or more. As described, the engine’s response and sharpness will be heightened as well for a more exciting drive. These changes should make it one of the quickest (if not quickest) vehicles in its class.

Honda will probably tackle the Nurburgring again to try and reclaim the title as quickest FWD production car at the circuit. Right now the record is in the hands of the Renault Megane RS Trophy-R, posting a time of 7:40.100. The outgoing model achieved a lap in 7:43.8. Honda says: 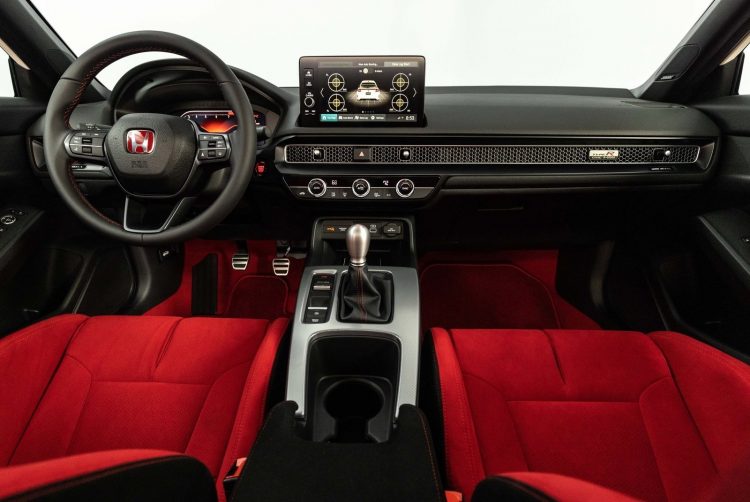 Showcasing a fresh new exterior design, the 2023 Civic Type R is smoother, and, arguably, nicer to look at compared with the angular previous-gen model. At the front are some larger intakes and a new side skirt design to help airflow efficiency, while the back features big new wing and diffuser, with the trademark triple exhausts in the middle.

Inside, passengers are greeted with suede-like upholstery that promises a “high friction coefficient” to reduce body slippage during cornering, with distinctive red for the seats, carpet and trim. There’s now a Type R plate on the dash, and the driver gets a new +R driving mode to display interesting info such as rev indicator lights and gear position.

More details will be revealed later in the year, with Honda Australia confirming a local introduction during the start of 2023, as mentioned. The new model will be produced in five main colours, including: Boost Blue, Championship White, Crystal Black Pearl, Rallye Red and Sonic Grey Pearl.