Ford has launched a sexy new ‘Dalena Henriques’ Mustang ad campaign in the latest issue of Sports Illustrated that’s actually quite interesting. We say interesting because there’s more to it than meets the eye. 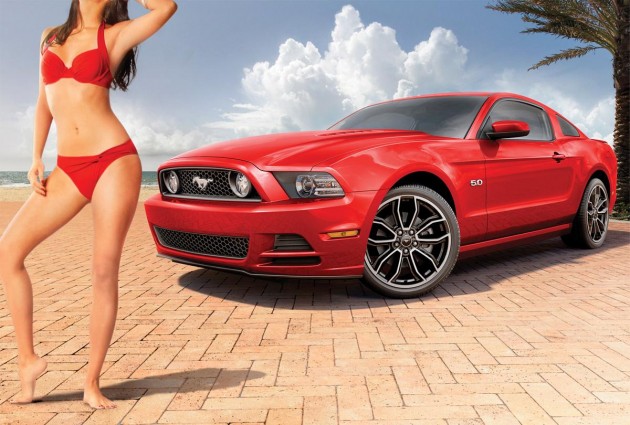 Yes, there is a sexy model in every image, with a 2013 Ford Mustang in the background. However, every image shows a girl standing near the car, but with her face out of picture.

If you’re a bloke, Ford has you wrapped around it’s little finger. You see, what the company did next is the interesting part.

On the main image there is some text, reading “Swimsuit model Dalena Henriques and the new 2013 Mustang”. Ford knows you’re too curious to leave it at that, and knows the magic of Google.

So after a quick search of this model, we found the first website that comes up is www.dalenahenriques.com. After a quick browse, for research purposes of course, we found more similar images.

Basically, Ford has done a great job of letting the internet take its course, and letting its new Ford Mustang go viral.

We’re still looking for this Dalena Henriques girl though…