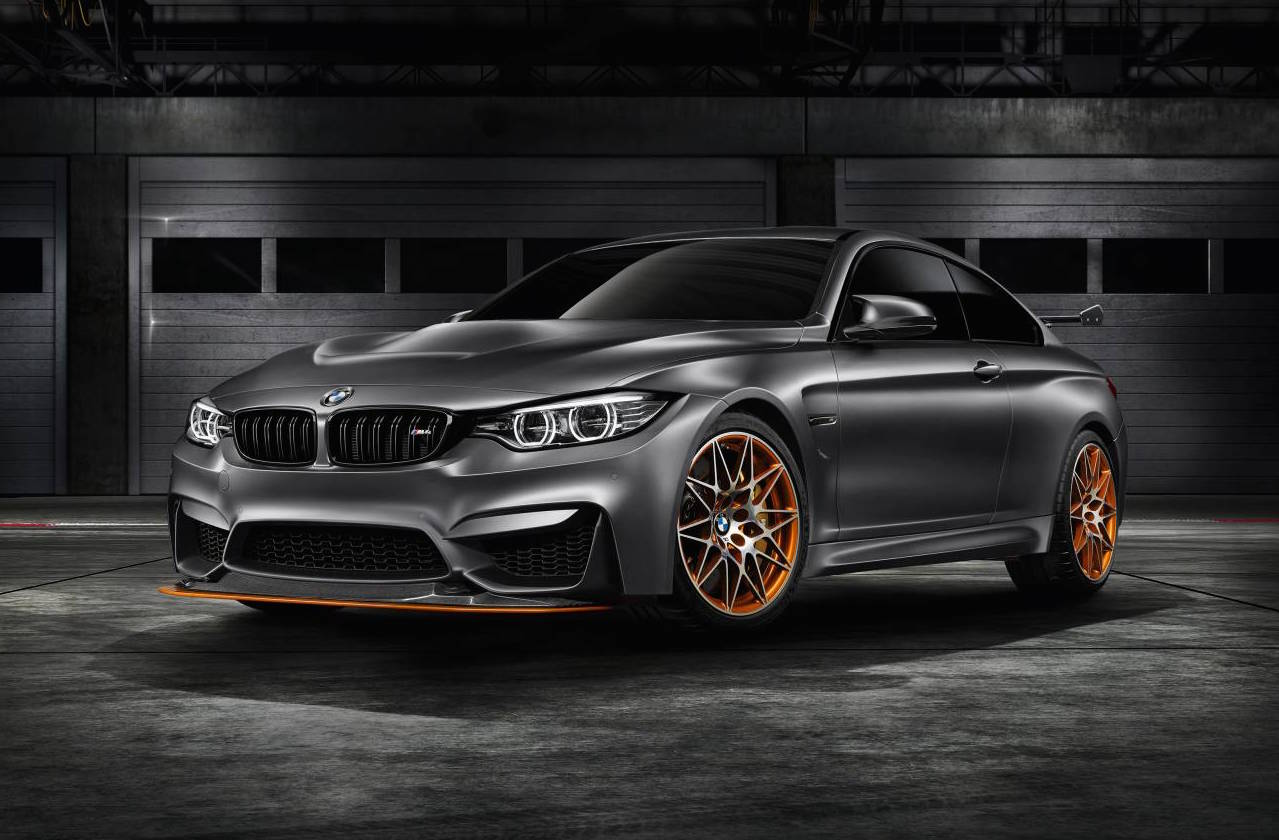 BMW is planning to unveil this stunning BMW M4 GTS concept at the prestigious Concours d’Elegance at Pebble Beach this weekend. It previews a special edition of the near future. 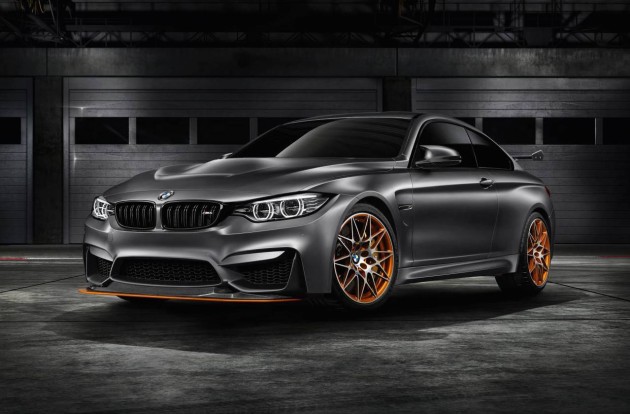 In concept form, the M4 GTS gets a unique body with an adjustable front splitter and big rear wing, in exposed carbon fibre, and a carbon fibre bonnet for pure lightness. There’s also a wider lower front air intake for maximised airflow and to minimise front axle lift at speed.

Also contributing to the visual feast is a Frozen Dark Grey Metallic exterior colour, with Acid Orange highlights. A set of bespoke 666 M forged lightweight alloy wheels set to look, featuring Acid Orange accents. The wheels measure 9.5×19 inches on the front and 10.5×20 inches on the back, wearing 265/35 and 285/30 Michelin Sport Cup 2 tyres.

It’s not all about lightweight racy performance though. The M4 GTS concept shows off OLED (orange light-emitting diode) taillights. These have the ability to actuate individual light modules separately providing full-surface and homogenous illumination.

As for the engine, specific details are yet to be revealed. BMW says the 3.0-litre turbocharged unit does adopt the same water injection system as the BMW M4 MotoGP safety car though. The water is injected into the plenums of the intake manifold as a fine mist. When this vaporises, the intake temp drops significantly. This allows for higher boost pressure and earlier injection timing, resulting in a “noticeable increase in output and torque”. The standard M4 produces 317kW and 550Nm. 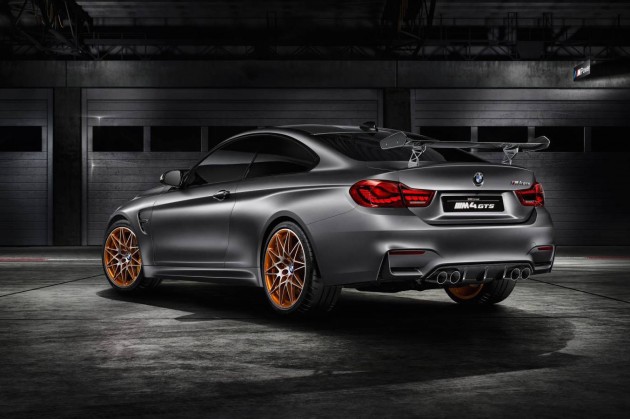 The concept will make its public debut at Pebble Beach this weekend. A production version will hit the showrooms soon. BMW says,

“BMW M Division is presenting an initial preview of a high-performance model for use on the road and, above all, on the race track: the BMW Concept M4 GTS.”