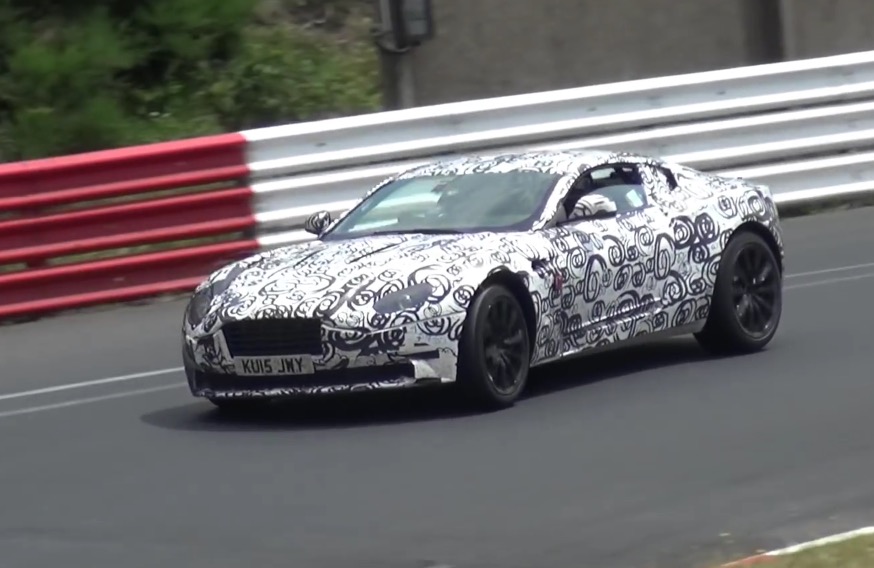 Aston Martin has been spotted test driving a prototype version of the upcoming ‘DB11′ grand sports car at the Nurburgring, stretching its legs – and tyres – in fairly vigorous fashion. 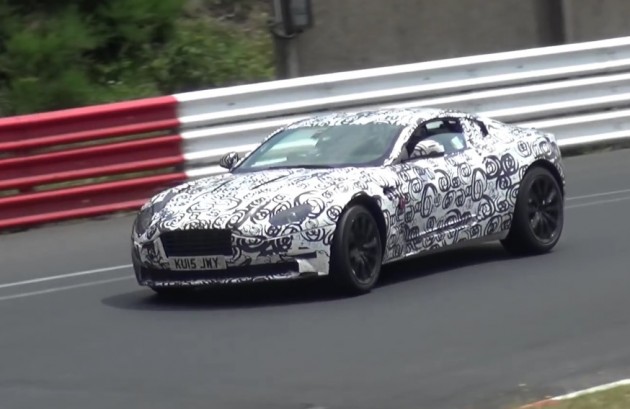 It’s believed Aston Martin won’t be calling its next vehicle the DB10, even though it will become the replacement to the current DB9. Instead, the company is rumoured to skip to DB11 like it done going from the DB7 to the DB9.

Fans will be quick to point out there is already a DB10 in the form of the special one-off creation made for the upcoming Spectre James Bond film. The DB11 is set to be a different vehicle to that.

As far as we know, the DB11 will ride on a new platform which will be a first for the company in a while. The DB9 ‘VH’ platform was used for a number of models, although there were ‘generation’ revisions, starting with the Vanquish in 2001 and carrying on until the latest and greatest DBS and then the new Vanquish using a gen-4 version.

The key highlight of the new layout is said to be lightness, with extensive aluminium in its construction helping to shed plenty of kilos. The current DB9 weighs in at a fairly hefty 1785kg.

With reduced weight the car will naturally offer improved performance, braking and agility. However, under a recent partnership agreement Aston might adopt some powerful new Mercedes-AMG engines. A twin-turbo V12 is being rumoured, along with the German company’s recent 4.0-litre twin-turbo V8 producing up to 375kW.

Aston Martin is likely to adopt the nine-speed automatic from Mercedes as well, although like with the engines nothing has been officially confirmed just yet. A full debut isn’t likely to take place until 2016. Click play on the video below, provided by cvdzijden YouTube channel, for a preview.