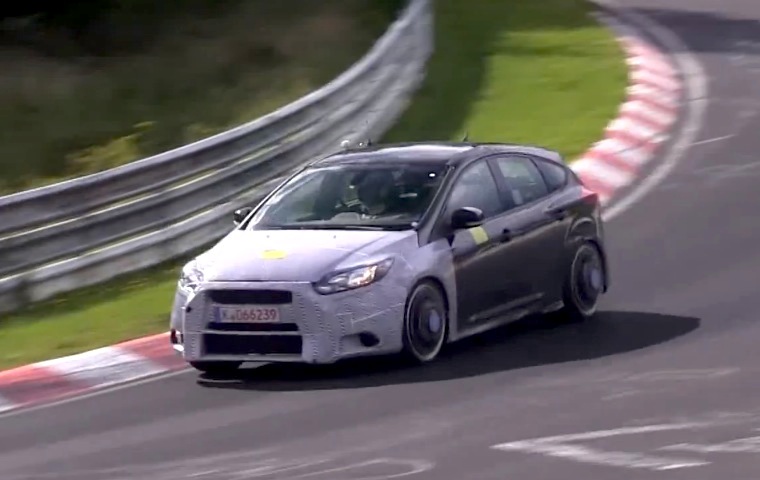 Even though we’ve seen multiple prototypes being hurtled around the Nurburgring, Ford has officially confirmed the new Ford Focus RS high performance hatch is coming. 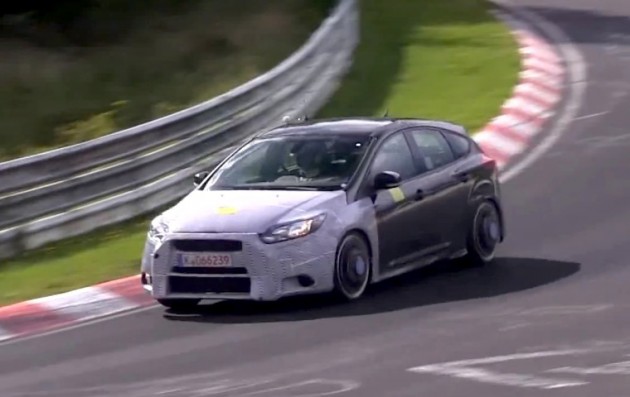 The company has withheld specifications and figures, of course. But at least we know it is definitely coming. It will be one of 12 new global performance models from Ford headed for showrooms over the next five years. Ford says the new model will build on the “driving excellence” of the original that was launched in 2009. Raj Nair, Ford group vice president, said,

“To earn the RS badge, the vehicle has to be a no-compromise driver’s car that can deliver exceptional performance on the track when required while providing excellent every day driving.”

Under the bonnet, the new version is expected to come with a 2.3-litre EcoBoost four-cylinder engine similar to the one seen in the 2015 Mustang. In the muscle car it develops 233kW of power and 432Nm of torque. In the Focus RS the figures might be revised to suit front-wheel drive. However, even the drivetrain hasn’t been officially confirmed, leaving the possibility of an all-wheel drive (unlikely we think).

Ford is looking to launch more performance models as they seem to be luring in new customers for the brand. According to the stats more than 65 per cent of Focus ST customers in the US are new to Ford. Once they are in, 50 per cent of customers apparently remain with Ford. Nair said,

“Ford remains committed to innovation through performance. Our new global Ford Performance team ties together racing, performance vehicles and parts. It will allow us to more quickly introduce products and accessories that meet the needs of customers around the world on-road and on the track.”

Perhaps the best news to come from all of this is the fact the next-gen Focus RS will be a genuine global model, like the new Mustang, which means it will probably be re-introduced in Australia. As far as we know, market entry will take place some time in 2016. Take a look at the video below so see one of the recent prototypes being tested at the Nurburgring.