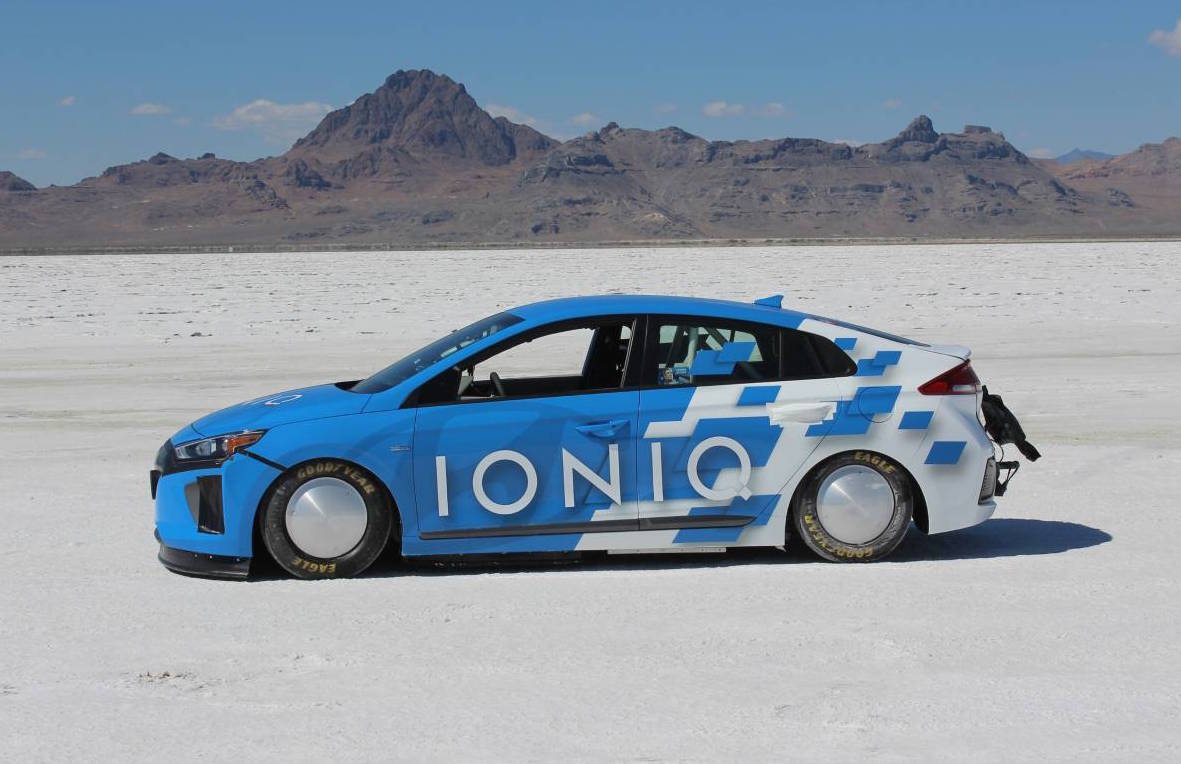 Hyundai has thrown down the gauntlet and set a new land speed record for a hybrid vehicle at the legendary Bonneville Salt Flats in Utah.

The Hyundai team took out the record with a race-prepared IONIQ hybrid prototype, developed in-house by Hyundai’s American engineering and quality division. The car set an FIA-approved speed record of 254km/h, with a peak exit speed of 258.6km/h. Check out the video below.

“We couldn’t be more proud in setting the FIA hybrid-category record with our new IONIQ hybrid,” said Mike O’Brien, vice president, corporate and product planning, Hyundai Motor America. “Our engineering team really pushed the limits to set this new segment benchmark while demonstrating the impressive durability of the entire IONIQ vehicle platform. We expect this will be the first of many accolades for IONIQ.”

The IONIQ in question was fitted with a custom-made aerodynamic body kit, and nitrous-oxide-assisted boost for the powertrain. Air-conditioning and ancillary accessories were removed for the record attempt, and a low-restriction intake and exhaust system were added to assist the hunt for speed.

The IONIC is Hyundai’s latest addition to its hybrid lineup, with plug-in and all electric variants also on offer.

“A key role of Hyundai’s engineering team in the US is to thoroughly test all future vehicle prototypes to ensure they exceed the demanding expectations of our customers,” said Mircea Gradu, director, engineering and quality, Hyundai Motor America.

“As we performed these tests on IONIQ, the engineering and quality staff became so impressed with the results that we began to wonder if we should raise our sights even higher, and the IONIQ land speed record effort was born.” 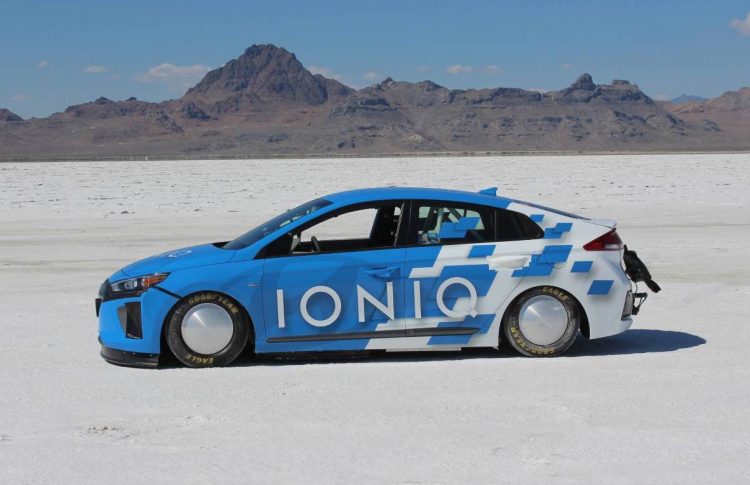