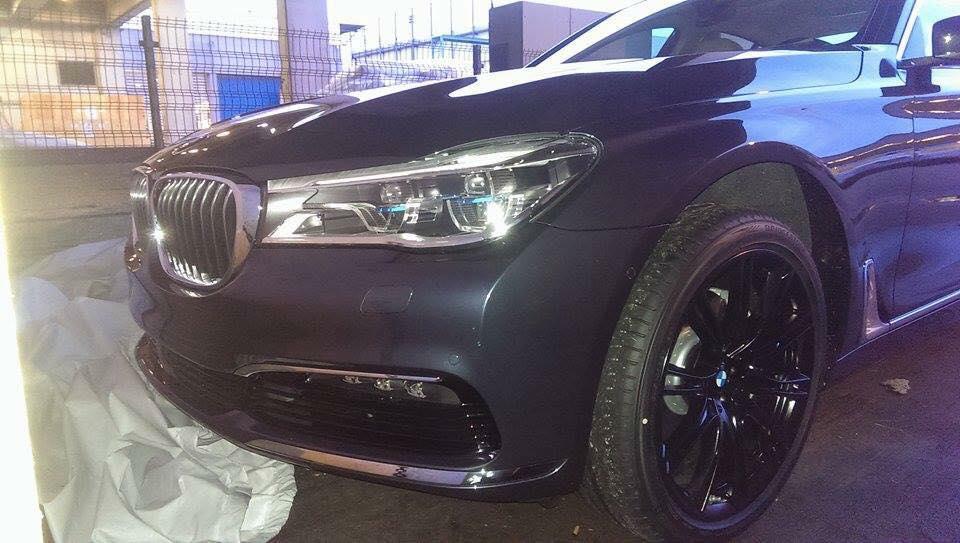 Images of a prototype 2016 BMW 7 Series have surfaced online, revealing various aspects of the exterior and interior for the first time. 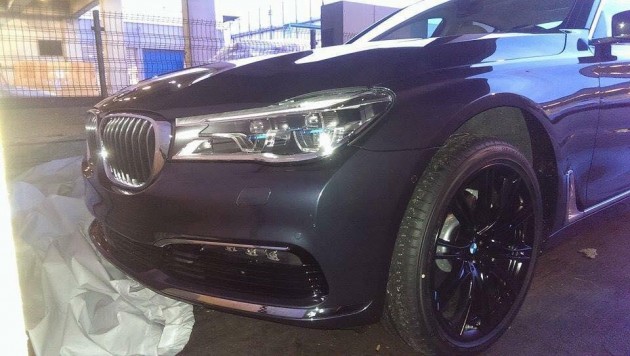 As you can see, the front end will incorporate the company’s latest design language, with wider headlights that spread to the centre grille, a more prominent set of kidney grilles at the front, and a modern and sophisticated set of trimmings and highlights holding it all together.

It’s a similar story at the back, with updated taillights featuring LED technology, a curvier contoured rear bumper bar like the bumper on the current 5 and 6 Series models, with new lights/reflectors embedded in just above the exhaust outlets.

Being the flagship BMW, it will come with plenty of advanced features. There’s speak of a huge panoramic glass roof option called ‘Sky Lounge’ providing an open and airy cabin environment, as well as an optional leather lining for the engine compartment.

Inside, we can expect all of BMW’s latest and greatest gadgets such as automated cruise control driving facilities, large media screens front and rear with internet functionality, copious rear legroom, and lots of exquisite materials used throughout.

Powertrain details are a little scarce at this stage, however, the 2016 7 Series is expected to come in a range of turbocharged diesel and petrol options, as well as ‘ActiveHybrid’ versions including a plug-in hybrid producing around 294kW. Sitting at the top of the range is set to be a 6.0-litre twin-turbo V12 producing around 440kW.

A full debut will probably take place in the very near future given this prototype looks almost ready for production. The 2015 Geneva Motor Show in March might be a safe bet.