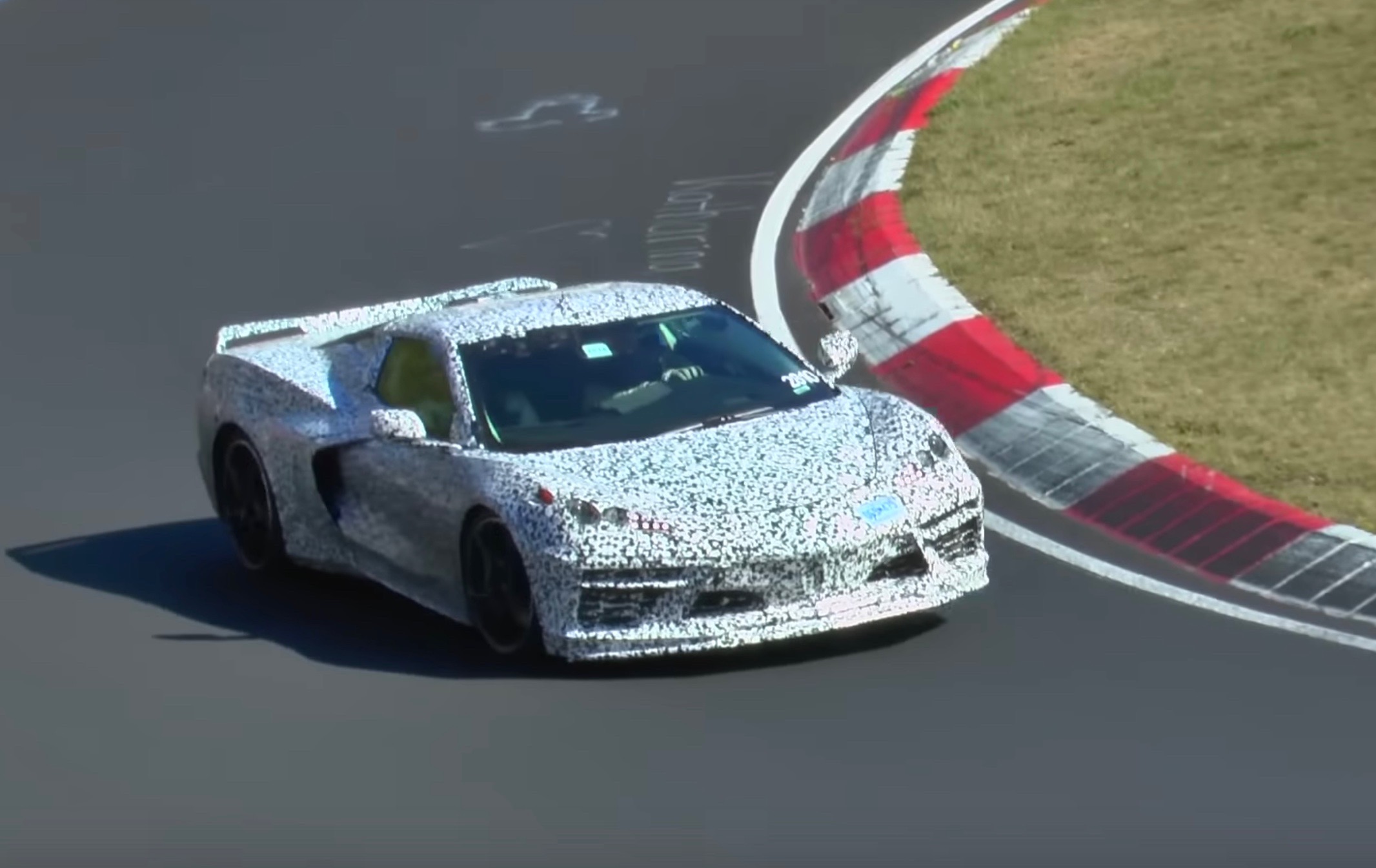 Chevrolet has been spotted testing the all-new mid-engined C8 Corvette on the Nurburgring, wearing what appears to be most of the production body. 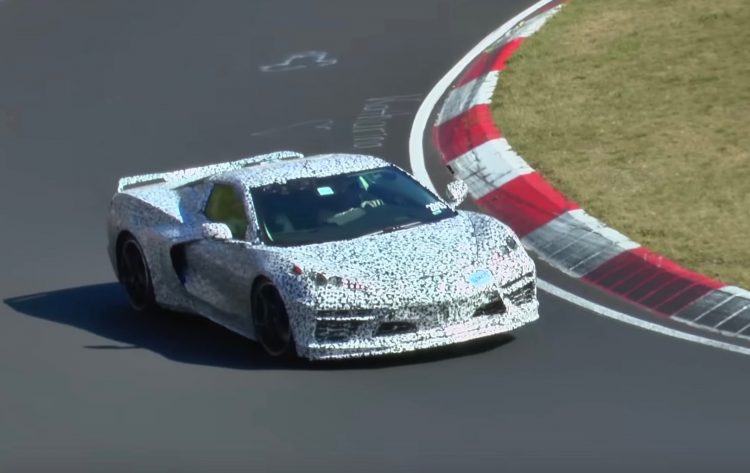 The next Corvette is set to transform in to a proper supercar, as opposed to the current and past models that have been regarded as sports cars. As you can clearly see in the spy video, the C8, in prototype form anyway, features a very long tail and well forward cabin to accommodate a mid-mounted engine.

At the front, the bonnet has become much shorter and stubbier than the traditional long-bonnet designs we’ve come to love. With the wheels pushed right out to each corner, the driving dynamics should take a leap into the next level so it can compete with the likes of the Ferrari 488 and Lamborghini Huracan.

Details regarding the engine are still very hazy at this stage. There has been speculation that the C8 Corvette will stitch to a twin-turbo V8 for the first time. Experts have it pinned as a brand-new 5.5-litre twin-turbo V8 that kicks out as much as 600kW in the top variant.

There’s also rumours that suggest it might be a smaller 4.2-litre twin-turbo unit, with a 6.2-litre naturally aspirated version for the entry variants.

Whatever it is powered by, the prototype in the video certainly looks quick. You can almost see the weight shift from having the engine in the back as it tips in under hard braking. You can also hear a quick-changing automatic gearbox, with a distinct pop between upshifts.

Chevrolet has been spotted testing prototypes of the new model for a while now. And it looks like the production body design is pretty much complete. Even the detailing around the front end including two large air scoops, with big intakes in the sides, and neat deck wing at the back look ready for production.

A full debut is expected in the next six months or so, potentially at the Detroit auto show in January. Check out the spy video below for some insight into what to expect.