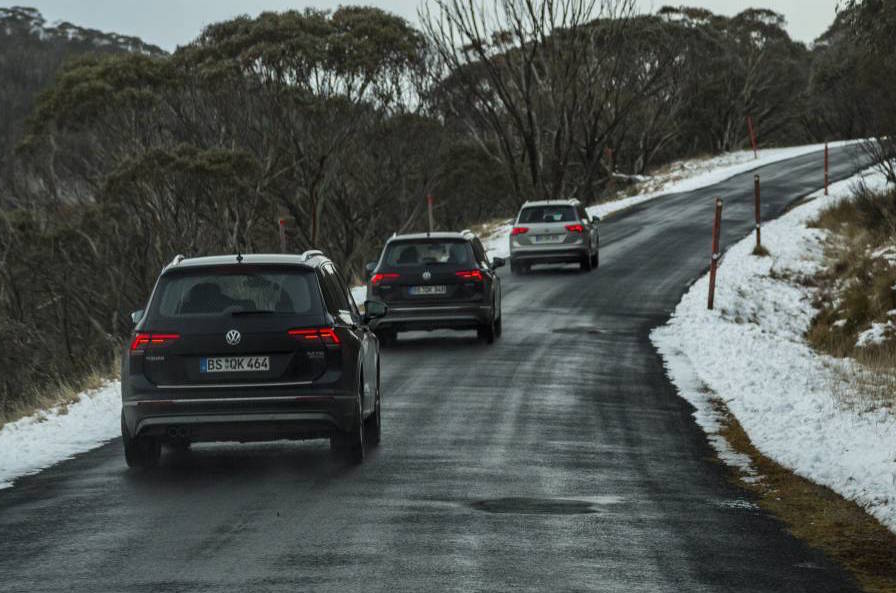 Volkswagen is being very naughty by testing a fleet of the upcoming MQB-based Tiguans in left-hand drive with the steering wheel on the wrong side. 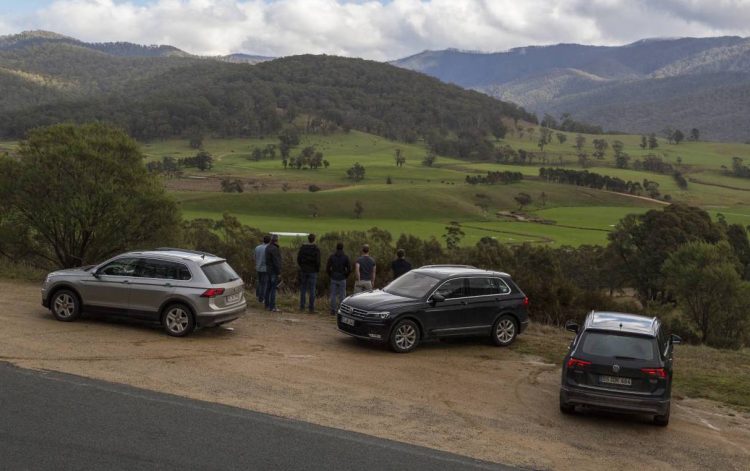 This is part of an ever-growing trend by manufacturers where vehicles are being honed for Australia’s unique and adverse conditions, such as unfixed potholes and kamikaze kangaroos who’ve given up on life.

The Volkswagen engineers started in Sydney, taking their fleet through the ACT to Canberra, while sampling particularly noted areas of Port Macquarie, Armidale, Dubbo, Wagga Wagga, and Albury.

The new Tiguan builds on the Golf’s success by adopting similar styling and technology as well as addressing one of the key criticisms of the older model: boot space. This local calibration program will ensure Volkswagen has all guns firing in the bloodbath that is the medium SUV segment.

VW needs to be on its game as almost every competitor has been refreshed or changed in the last year, leaving the current Tiguan as the laggard. It will be released here before the end of the year. Head over to our previous report for more details on local specs.