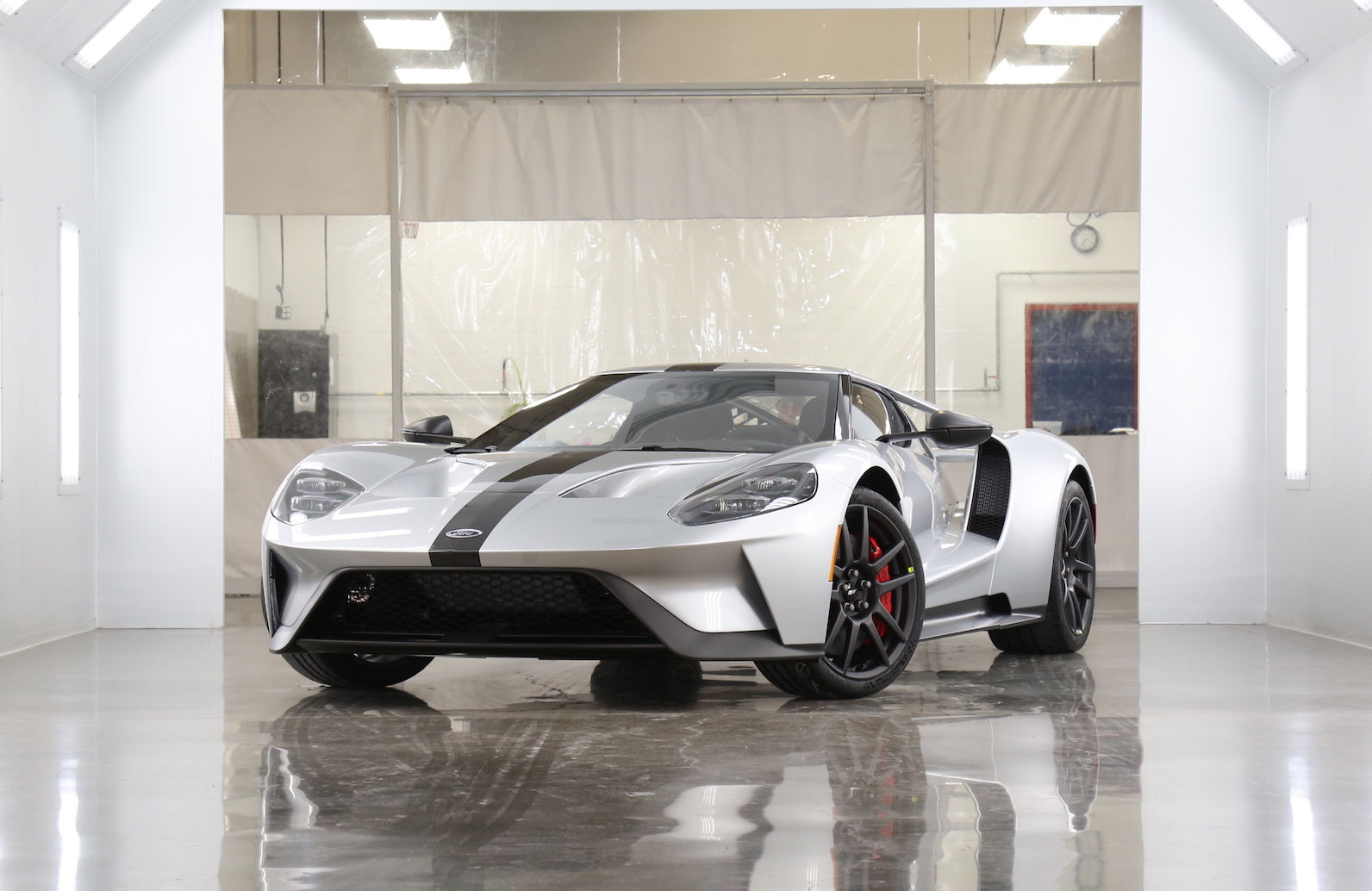 Ford’s new 2017 GT supercar is already a very hardcore piece of gear, with 482kW and 745Nm propelling its lithe, 1363kg carbon-fibre body thanks to a 3.5-litre Ecoboost twin-turbo V6. 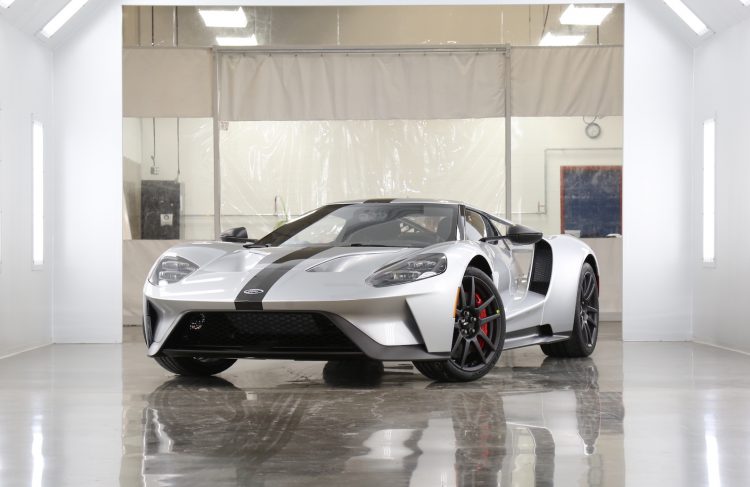 Now comes the Competition Series, which is a lightened version with a lower centre of gravity thanks to much of the weight loss concentrated in the higher parts of the GT.

The GT already uses lightweight tricks such as carbon-fibre wheels (supplied by Geelong’s Carbon Revolution) and Gorilla Glass for the windscreen, but now that smartphone-derived glass is used for the partition between the cabin and engine, while the rear window is Perspex.

Inside, extraneous items such as air-con, the TFT infotainment system with its associated speakers, cup holders and storage receptacles are also binned. Extra carbon fibre adorns pieces such as the A-pillar trim, mirrors and exterior trim. The paddle shifters are now red in colour, while ‘dashboard blanks’ replace the space where buttons sit on the regular version.

It’s early days yet, so no word on how much weight has been saved or whether this will be included in the GT’s 1000-unit production run rather than in-addition to. Power and torque are unchanged.

Ford’s Raj Nair described the car as being “developed with the most hardcore track enthusiasts in mind, providing a tailored set of lightweight features and unique livery to match.”