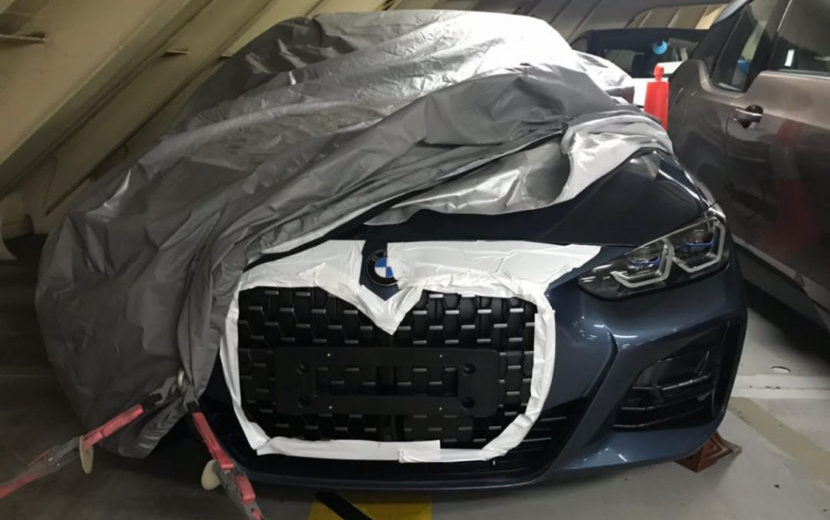 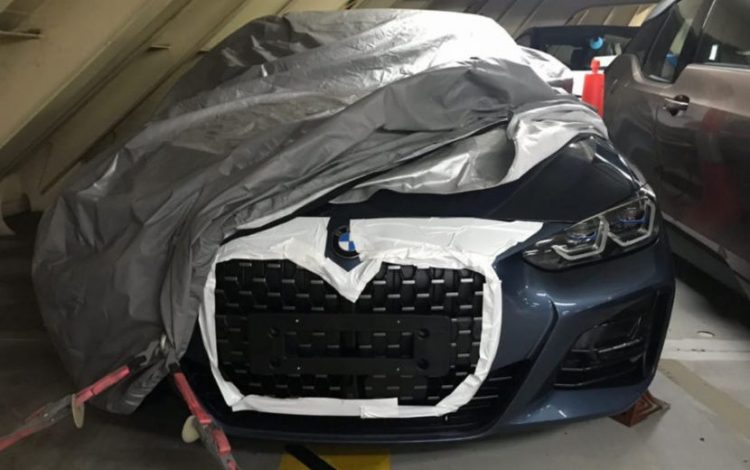 The 2021 4 Series, codenamed the G22, will showcase a new design that’s inspired by the Concept 4 unveiled last year. However, the production version wasn’t expected to be so heavily inspired by the concept. That massive front grille appears to be just as… thought-provoking as that of the concept.

These images appear to have been snapped on the production line somewhere within BMW, first appearing on social media and in a BMWBlog report. They show two different grille layouts, likely separating different variant levels. On the dark blue car (above) we see a dotted pattern, while another shot showing a grey car (below) shows horizontal slats. 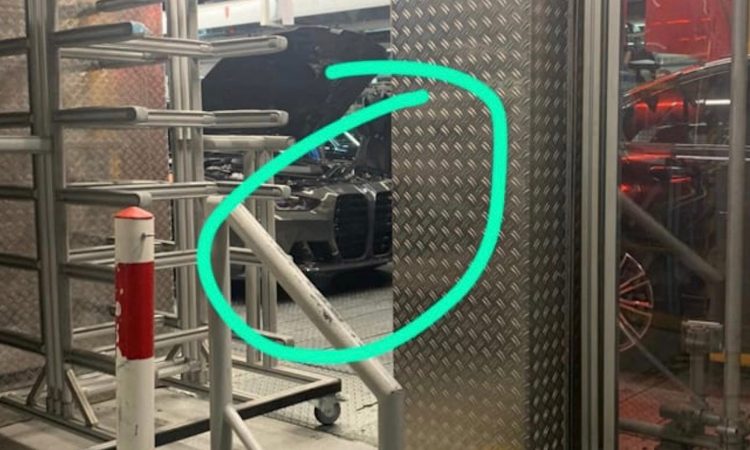 Either way, the whole piece is huge and a really exaggerated form of BMW’s trademark twin ‘kidney grilles’ that have been in use for decades. It appears there is an indented section on the very top edge of the panel and bonnet line too, which expresses further prominence of the grille pieces.

As from those, the images also show a glimpse of the rear end and the taillight design. It looks like the new 4 Series will feature thin and wide taillights, like the 3 Series and 8 Series. Down below are some sporty ‘extraction’ vents, although we’re not sure if these are actually connected up to anything. These days vents like this are there for cosmetic purposes only as they can hinder aero efficiency if otherwise functional. 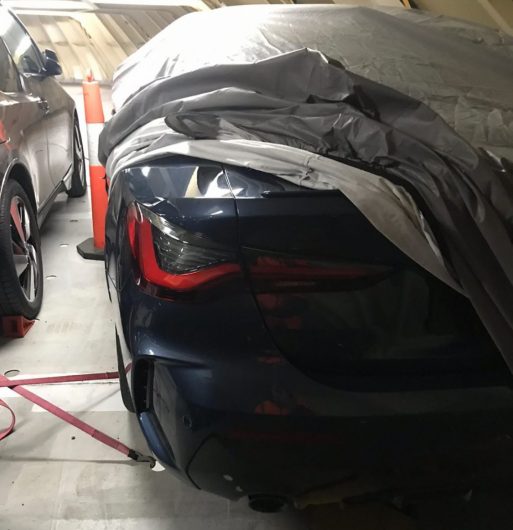 The new 4 Series will jump onto BMW’s advanced CLAR platform, like many other models in the current showroom including the 3 Series. This is expected to bring improvements in handling and dynamics, as well as some positive changes to cabin space efficiency and technology, as well as reduced weight.

A range of powertrain options are likely, including a flagship ‘M440i xDrive’ like the M340i xDrive. This M Performance version will no doubt use the B58 3.0-litre turbo inline six producing 285kW and 500Nm. Some eco-focused four-cylinder versions will make up the entry portion of the range.

Now that the cat is out of the bag, we’d expect a full debut any time now. BMW was probably planning to unveil the car at the Geneva motor show in March, given production of at least some models has already begun. But now, an earlier online reveal might take place. Let’s see.