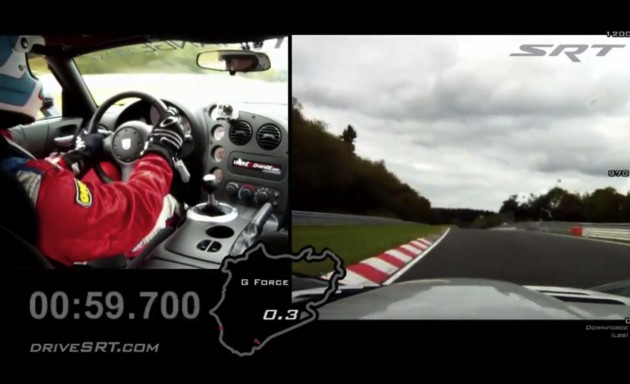 Isn’t it interesting that a 2011 model vehicle can come back to the Nurburgring and blow the current record times out of the water? This means, more officially than last time, that the 2010 Dodge Viper ACR is the quickest ‘normal’ car with a boot to have ever lapped the famous 20.8km circuit.

The previous vehicle to claim the record was the Lexus LFA Nurburgring Edition which managed it in just 7:14 just a few weeks ago, followed by the epic Porsche 911 GT2 RS, which has done it in 7:18.

As previously reported, the Dodge Viper ACR is powered by a 8.4-litre V10 which develops 450kW and 760Nm. It’ll do 0-100km/h in around 3.9 seconds and has a top speed of over 320km/h. The Viper ACR also comes with significant aerodynamic features to aid handling and grip and weighs 1527kg.

Click play on the Dodge Viper ACR Nurburgring lap record video below to see how it all went.