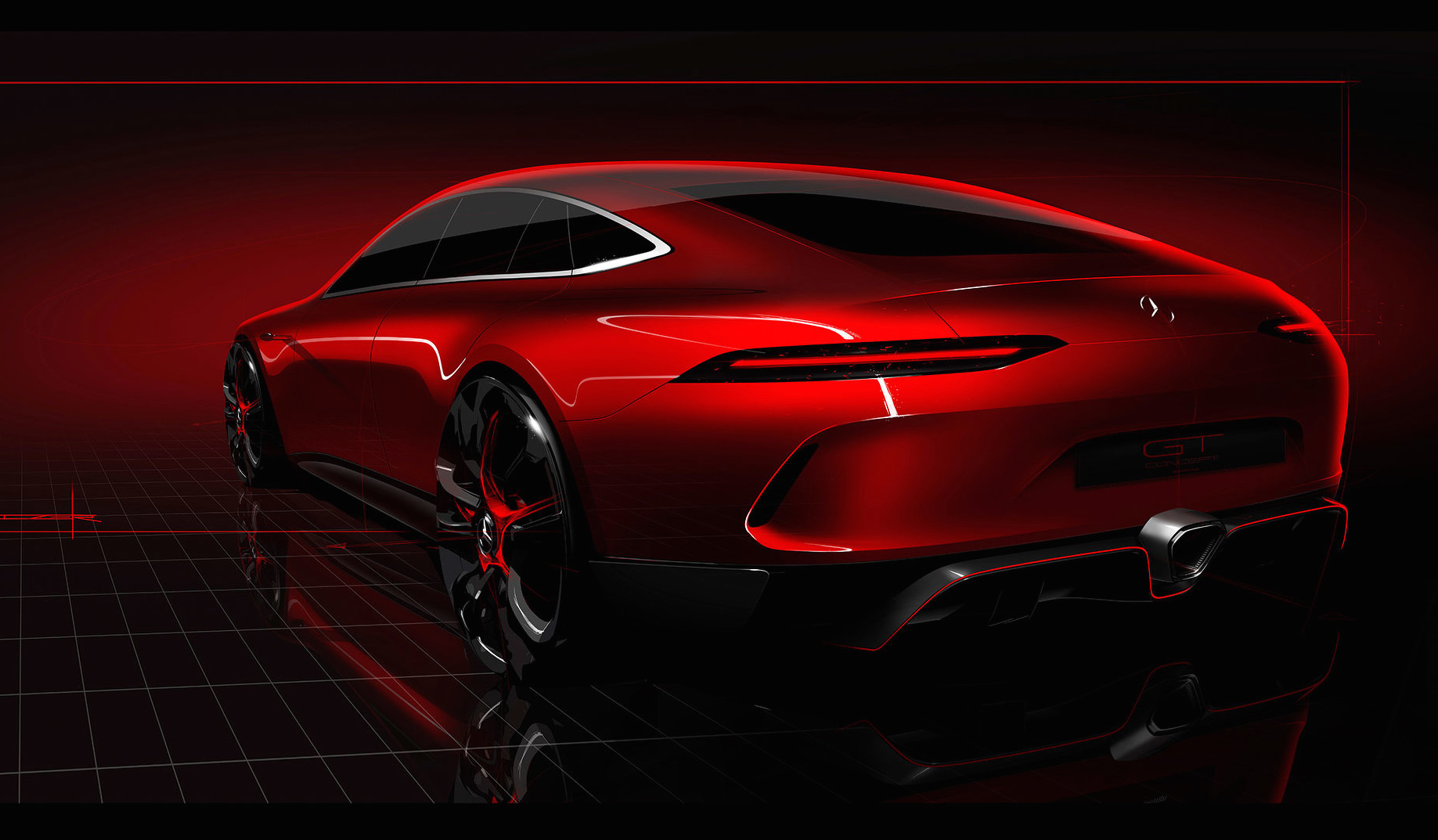 Mercedes-AMG will unveil a sleek four-door version of the Porsche 911-rivalling AMG GT coupe at the Geneva Motor Show in the coming days. A teaser sketch has been unveiled showing how the car will look. 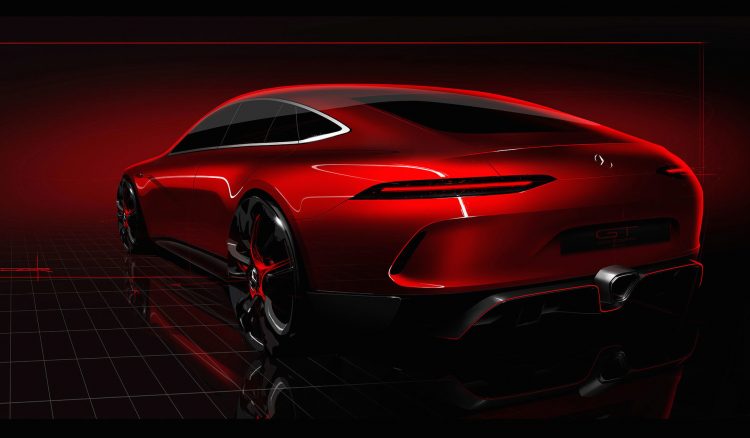 Helping to celebrate AMG’s 50th anniversary, the new version is expected to be powered by a 447kW version of the 4.0-litre twin-turbo AMG V8 engine.

Rivals for the car include the Porsche Panamera, Audi S7 and BMW M6 Gran Coupe. Said to the idea of AMG CEO Tobias Moers, the four-door was originally imagined during the SLS days, with the same gullwing doors as that car at the front, and rear-hinged back doors.

Codenamed X290, the production version is set to hit the market in 2019. It will use lightweight aluminium and hot-formed high-strength steel in the chassis for optimum lightness and rigidity.

For the sake of fuel-efficiency, an integrated starter generator and 48V electrical system may be incorporated as well. AWD is expected to be standard across the range, with 4Matic + and S 4Matic + variants.

A six-cylinder model utilising Mercedes’s new straight-six engine could join as well, and the next generation SL roadster is said to use the GT as its basis too. We will bring you coverage when the covers are pulled off at Geneva in coming days.