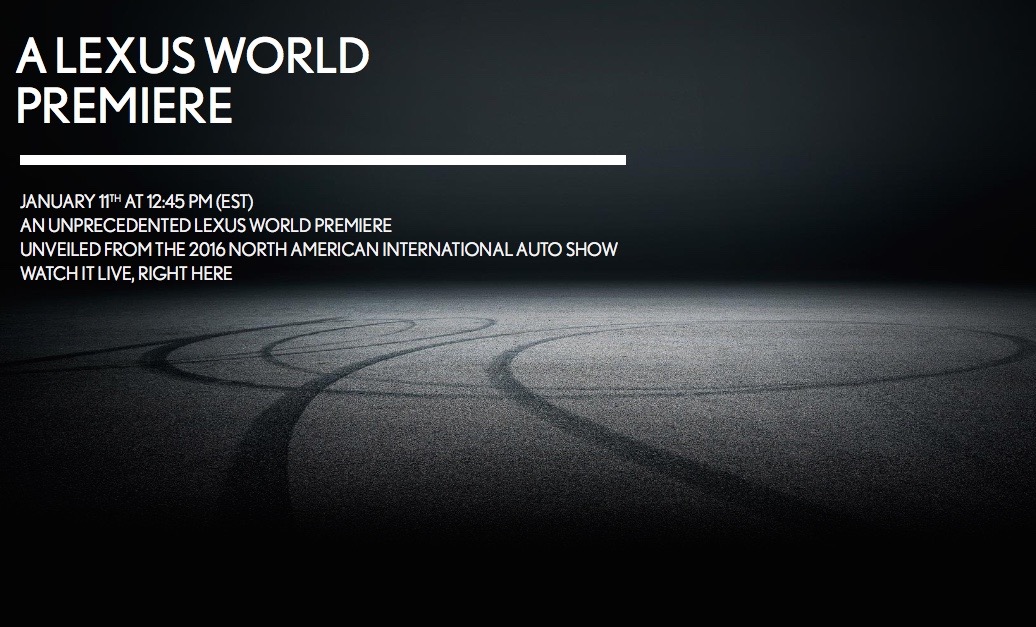 Lexus is about to unveil an all-new vehicle that, seemingly, is capable of doing burnouts. All clues point to a new ‘LC’ grand touring coupe inspired by the LF-LC concept. 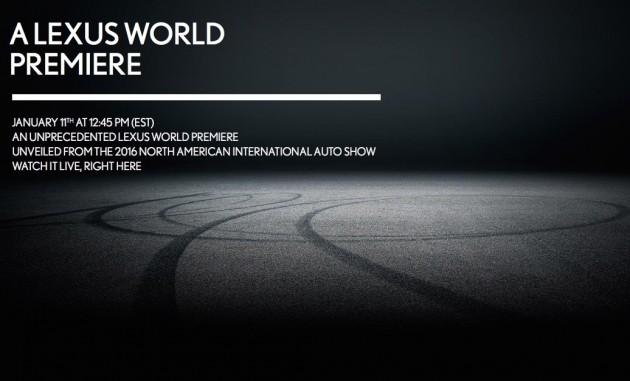 The luxury Toyota-owned company has set up a special website that will host the live unveiling of an “unprecedented world premiere”, taking place at the Detroit auto show next week.

At the time of writing there is just an image showing some skid marks, which, it must be said, hint at a rear-wheel drive car with a limited-slip differential. This suggests the world premiere will be a sports car of some kind, or at least a car with sporting intentions.

As previously reported, Lexus is planning to release a production version of the stunning LF-LC concept coupe, potentially previewed here, which is being viewed as a kind of spiritual successor to the old Lexus SC 400 coupe.

Judging by recent trademark applications, we could be about to welcome an ‘LC 500’ and ‘LC 500h’. The 500 is rumoured to come with a 5.0-litre V8 producing around 351kW, like in the current RC F, while the 500h could get a new V6 hybrid developing similar output.

More interestingly, there’s a rumour going around suggesting Lexus could eventually launch an ‘LC F’ high-performance version further down the track. This could be viewed as a successor to the famed LFA supercar. Specs are a little sketchy but there’s speak of a 4.0-litre twin-turbo V8 producing around 450kW. Again though, details aren’t exactly trustworthy at this early stage.

We’ll be sure to bring you all the details, whatever the premiere ends up entailing, as soon as possible. 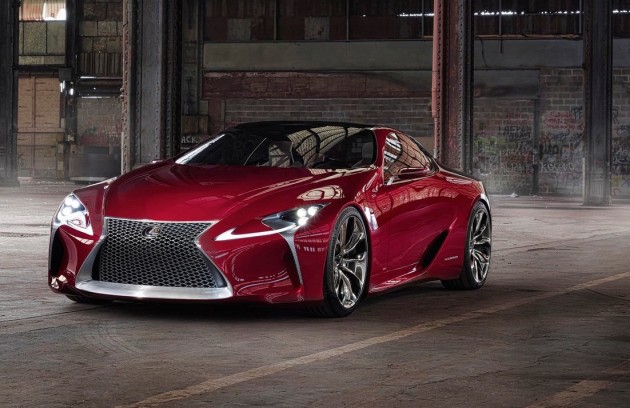