The Audi TT RS could be about to get even hotter, as reports are spreading about an Audi TT RS Plus variant in the works. The model will bring more power and less weight compared with the already-capable Audi TT RS. 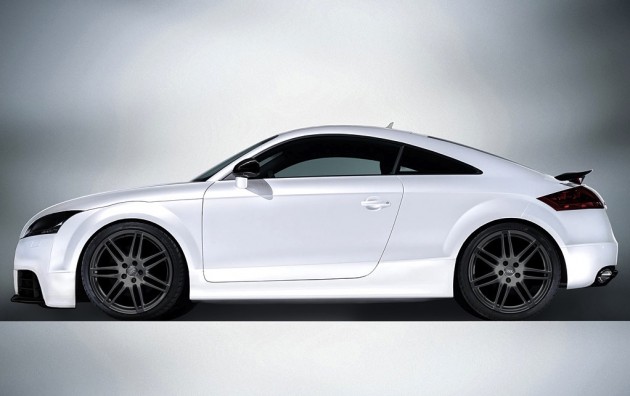 If you walk into an Audi dealership right now and ask for the most serious Audi TT on sale, they’ll point you in the direction of the Audi TT RS. A car that’s pitched up against rivals such as the Porsche Cayman and BMW 1 Series M Coupe to a certain degree.

In other words, it’s already a quick and quite seriously focused bit of kit. According to Automobile France however, an even more athletic version is planned. Dubbed the Audi TT RS Plus, it will supposedly take the TT RS’s great credentials and turn them up a notch or two.

We’re talking a 2-5-litre five-cylinder engine developing 283kW of power, over the standard 250kW arrangement. On top of this, overall weight is said to be reduced thanks to removed rear seats, shedding 60kg (total Audi TT RS weight sits at 1450kg).

Apart from these main mechanical changes, the Audi TT RS Plus could get new alloy wheels, revised aerodynamics and possibly some small interior trimming additions.

As with most hot Euro models, Australia will probably miss out on the new variant if it does hit production, just like the Audi RS 3 hot hatch. Shall we start a petition?