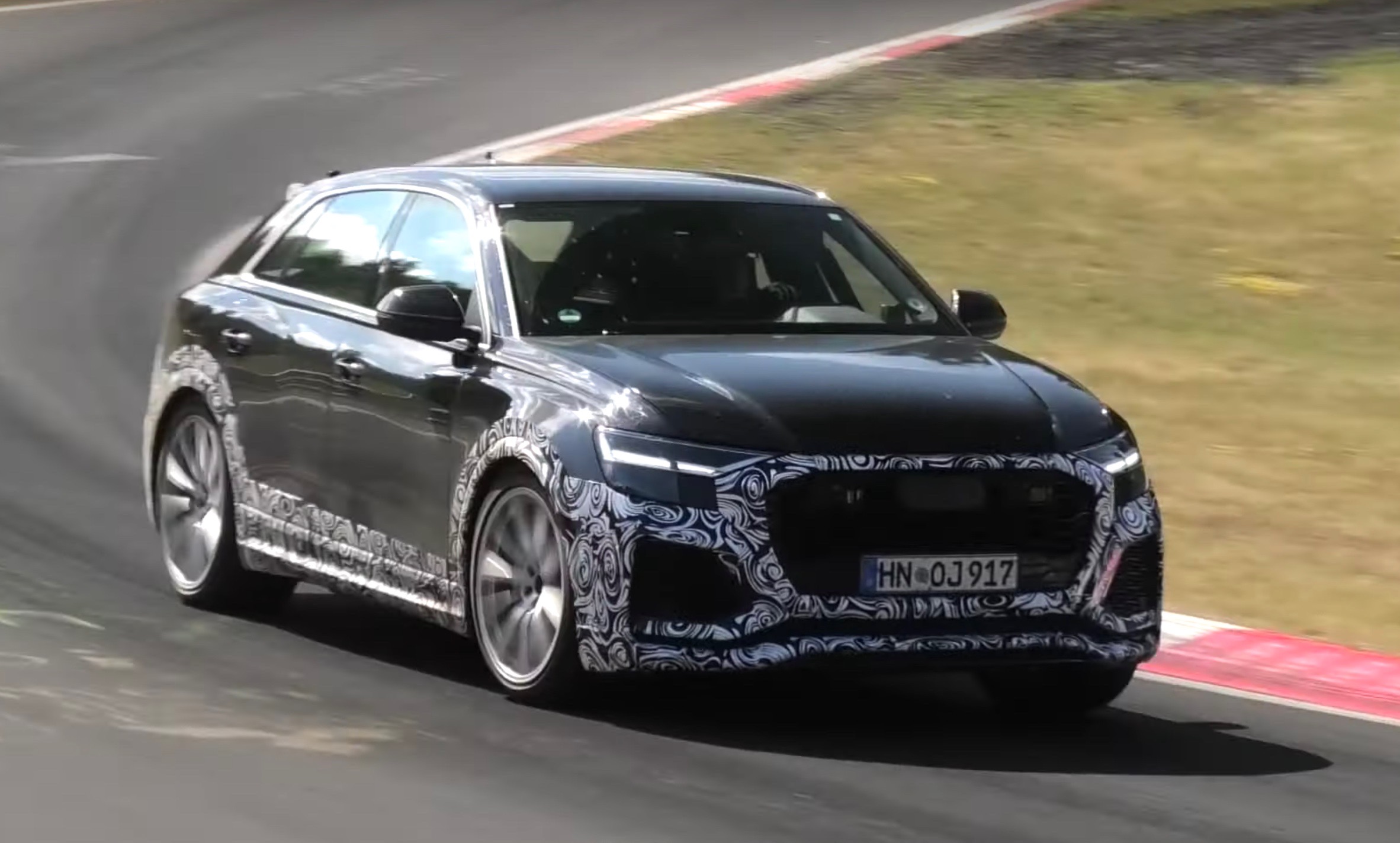 If you thought the new Audi SQ8 was a fantastic piece of muscular SUV design. Wait until you see the Audi RS Q8. A prototype has recently been spotted on the Nurburgring providing a first sneak peek. 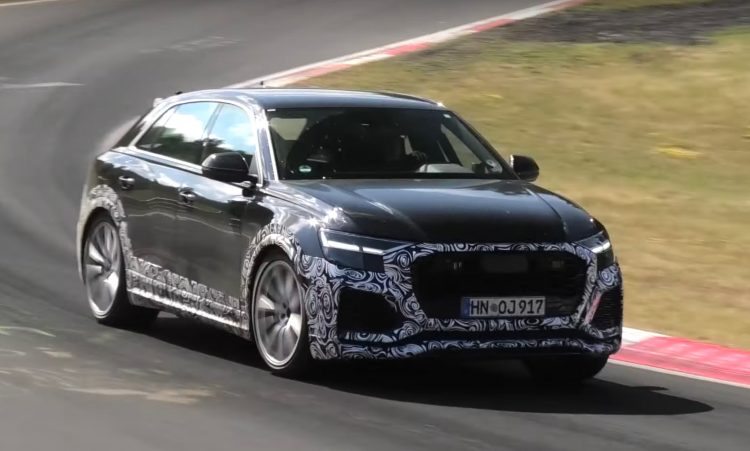 The SQ8, revealed just last month, is a performance iteration of the new Audi Q8. And if you don’t know what the Q8 is, well, it’s essentially Audi’s flagship SUV. It sits above the Q7 while taking on a four-door coupe shape.

Powering the SQ8 is a 4.0-litre twin-turbo V8 diesel that churns out 320kW and a whopping 900Nm. For the RS Q8, it’s plain to see (and hear) this beast is powered by a bellowing and snarling V8 petrol engine. Reports suggest it may come in as Audi’s most powerful production car ever.

Ever? Really? According to industry speculation, Audi is set to adopt a similar powertrain that Porsche uses in its Panamera Turbo S E-Hybrid. And that features a 4.0-litre twin-turbo V8 hybrid offering a combined output of 500kW and 850Nm.

There is also a small chance Audi may adopt a similar 4.0-litre twin-turbo non-hybrid, like what is found in the Lamborghini Urus. Remembering these two brands, under the VW umbrella, share parts with other models too; the R8 and the Huracan. The Urus produces a similarly-powerful 478kW. Even if something like this is infused, it would still come in as the most powerful Audi.

To handle all of the inevitable power, Audi is likely to fit some clever active stability and handling control technologies. We’re talking stuff like four-wheel steering, torque-vectoring differentials, and active air suspension to constantly counter excess body shift and roll. Being an RS model means it’ll also come with big brakes, a unique aero kit, and spruced up interior.

In the spy video below we see engineers are taking testing very seriously. There appears to be a roll cage fitted inside the vehicle, and the driver is wearing a full-face helmet and looks to be sitting in a proper racing bucket seat. All in all, it looks savagely quick on the notorious circuit. Take a look below. We’d expect a debut some time later this year.