BMW has released a full 2012 BMW M5 Nurburgring lap video which included taking a bunch of lucky BMW M enthusiast for a spin around the famous 20.8km Nordschleife circuit. 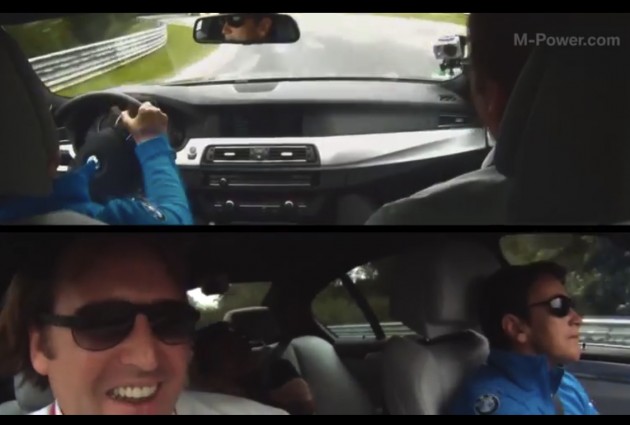 As previously reported, six lucky BMW M enthusiasts were given the chance to drive the new 2012 BMW M5 at the Nurburgring Green Hell in a special BMW M Fly and Drive experience – yep, they got to sample the new 4.4-litre twin-turbo 412kW/680Nm V8 engine first hand (yes, we’re jealous too). The enthusiasts were then taken for a drive of their life by BMW M test drivers.