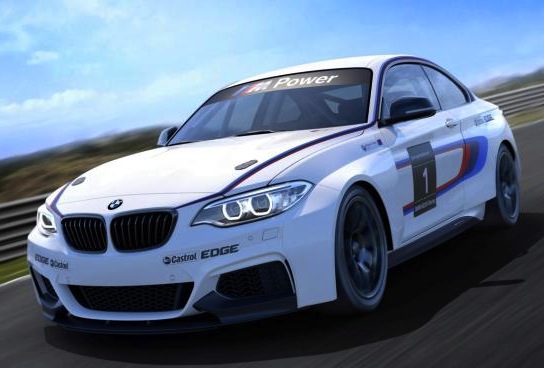 The track-only BMW M235i Racing has been revealed, showcasing the full expression and potential of BMW M Performance and accessories.

Set up as a racing-certified iteration of the BMW 2 Series, the racer is based on the yet-to-be-launched M235i road-going model. It features a bespoke body with pumped wheel arches, a stripped out interior, and various high performance components.

Starting with the stuff under the bonnet. There lies a 3.0-litre TwinPower turbocharged inline six engine using M Performance turbochargers. It produces 245kW of power and 450Nm of torque. 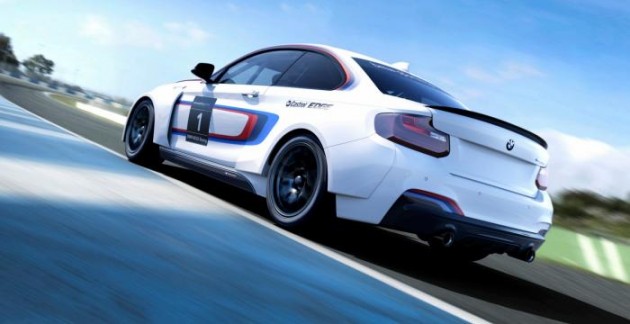 Behind the screaming six is a dual-clutch automatic transmission with paddle shifters, feeding power into an M Performance limited-slip differential for maximum traction.

Pretty much everywhere else you look there is motorsport-ready equipment. There’s KW dampers with H&R anti-roll bars, four-piston front and two-piston rear M Performance brakes, a motorsport safety fuel tank, and an FIA-approved roll cage inside.

Overall, the M235i Racing looks like a real beast, especially with the pumped guards and 18-inch lightweight alloy wheels measuring 10 inches in width.