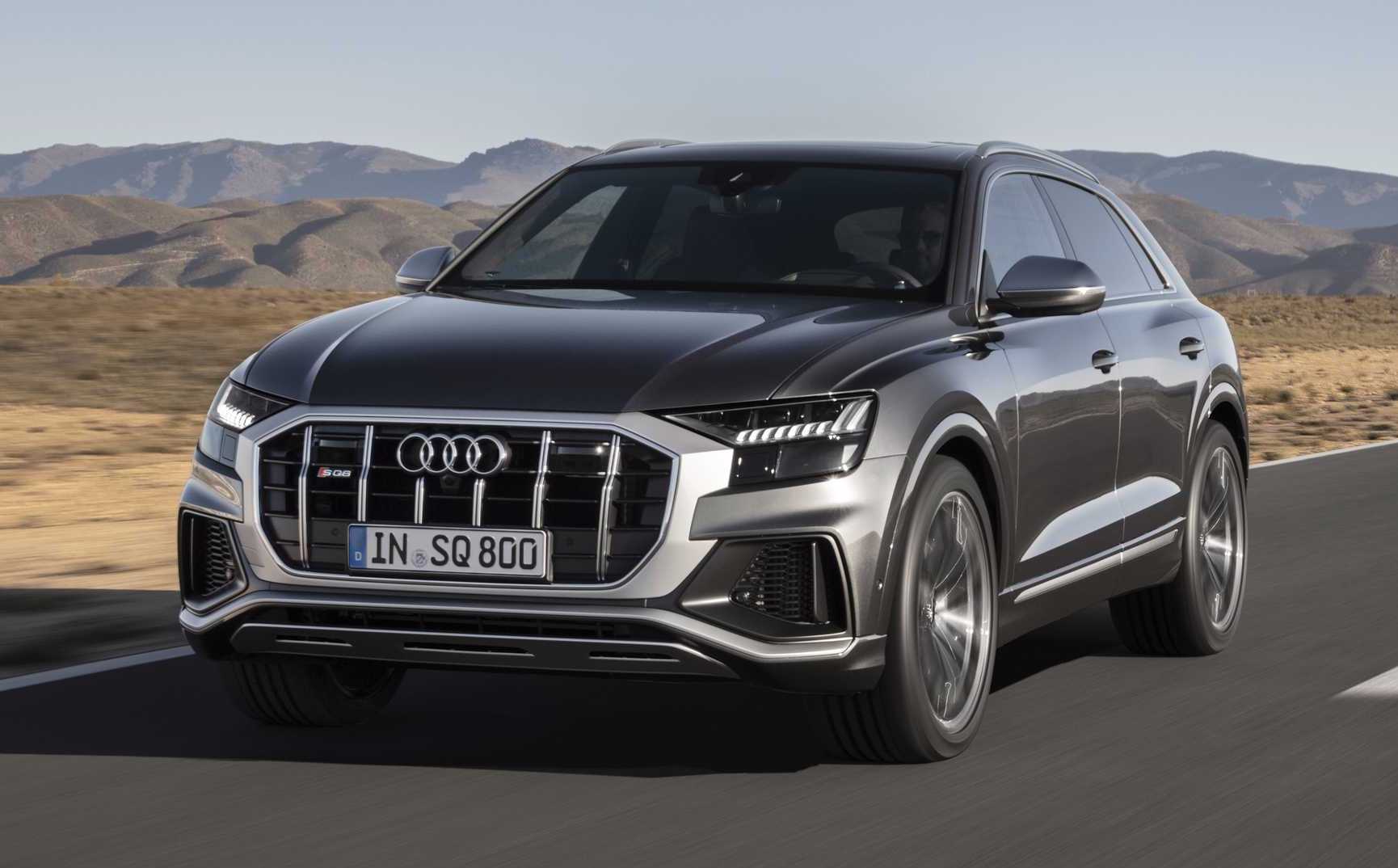 Audi has revealed its new flagship SUV, based on the Q8. Welcome to the Audi SQ8 TDI. It debuts the world’s most powerful diesel engine for a current production SUV. 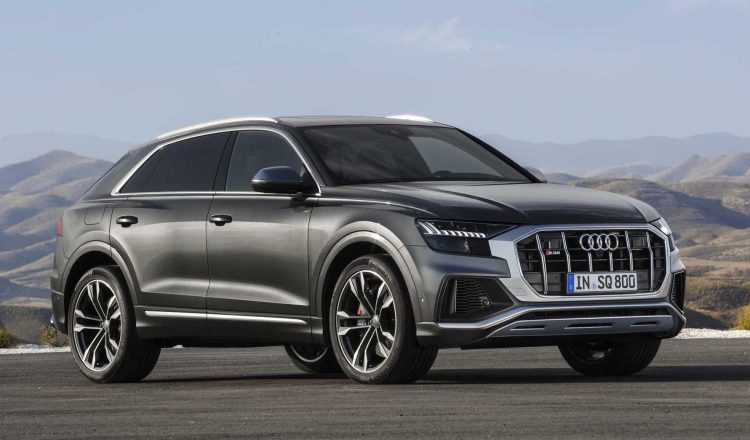 Yep, the most powerful. Under the bonnet you’ll find a 4.0-litre twin-turbo V8 diesel engine that churns out an impressive 320kW and a monstrous 900Nm. This is sent through an eight-speed auto transmission and into a permanent quattro all-wheel drive system. The engine also incorporates 48V mild-hybrid technology.

Out on the tarmac the new beast conquers 0-100km/h in a claimed 4.8 seconds, while the top speed is electronically limited to 250km/h. These figures make it one of the quickest vehicles in the large SUV segment, and certainly for a diesel.

As for the rest of the SQ8, this is Audi’s performance version of the Q8, which itself is pitched as something of a coupe-style SUV. We saw a preview of it with the Audi Q8 Sport Concept in 2017. At the front it’s impossible to miss the huge new vertical-slat grille with a traditional matt silver surround. 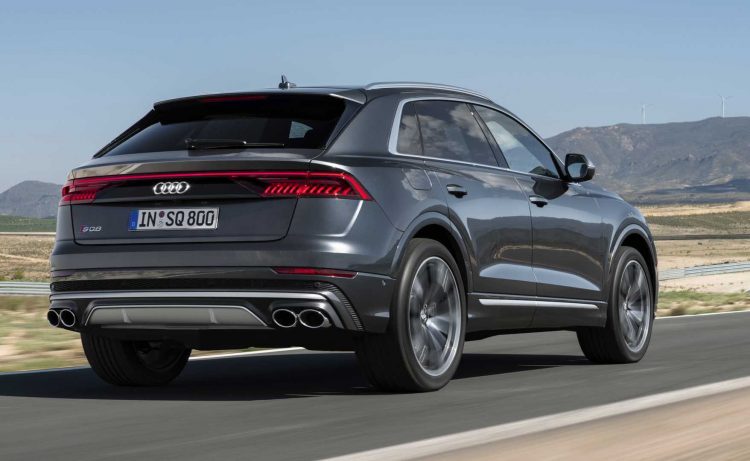 There’s also some unique front and rear bumper bars that feature colour-coded under protection sections, as well as a set of 21-inch alloy wheels or optional 22-inch items that sit within specially-bolstered wheel arches. A black rear diffuser and quad-outlet exhausts finish the rear.

As you’d expect, the interior is stunning and is jam-packed with crisp technologies and digital displays. Two large touch-screens with haptic and acoustic feedback sit on the dash fascia, offering advanced sat-nav with Car-to-X services, along with LTE connectivity and Wi-Fi hotspot functionality. The driver views a fully digital and configurable instrument cluster. 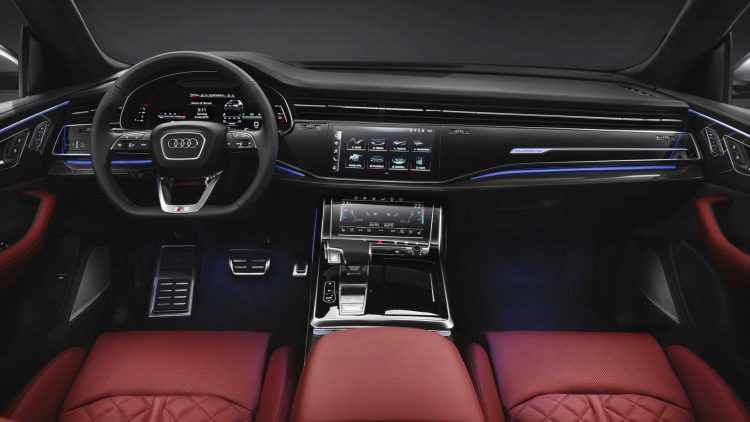 Passengers are cradled in exquisite sports seats with S embossing, and held together with contrast stitching. Massage and climate functions are available as an option for additional comfort. Some brushed aluminium inlays along with carbon fibre or oak trimmings complete the package.

Audi Australia confirms the SQ8 TDI is set to land in local showrooms during the first half of 2020. Prices and final local specs will be announced closer to launch.