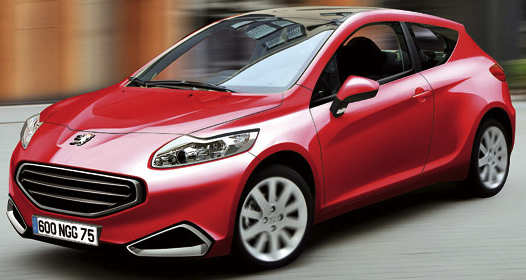 According to reports, the new Peugeot 208 ‘GTI’ (name not yet confirmed), will feature a revised version of the PSA 1.6-litre turbocharged four-cylinder engine, also seen in the MINI Cooper S. International reports say it will pump out around 157kW, giving it some real poke against the rivals.

The modern 205 GTI will be the most powerful three-door Peugeot ever made, incorporating a range of performance features such as tighter strung suspension compared with the normal Peugeot 208, as well as higher performance brakes, all combining to offer proper hot hatch characteristics like the original 205 GTI.

The new Peugeot 208 GTI will also come with a sporty bodykit with styling enhancements over the normal model, including a neat side skirts, and a sporty tyre and wheel pacakge.

Inside, the new Peugeot 208 GTI is also expected to feature a sporty upholstery with more supportive bucket seats over the normal 208, as well as a sports steering wheel and pedals.

Like other variants in the new 208 range, the sports version is also expected to receive an iPad-style removable multimedia interface which will allow users to configure comfort and entertainment settings, as well as store and play music.

According to Auto Express in the UK, the normal Peugeot 208 is set to make an international debut October, with a GTI model in the pipeline for some time in 2013. We’ll keep you posted with all the official details nonetheless.