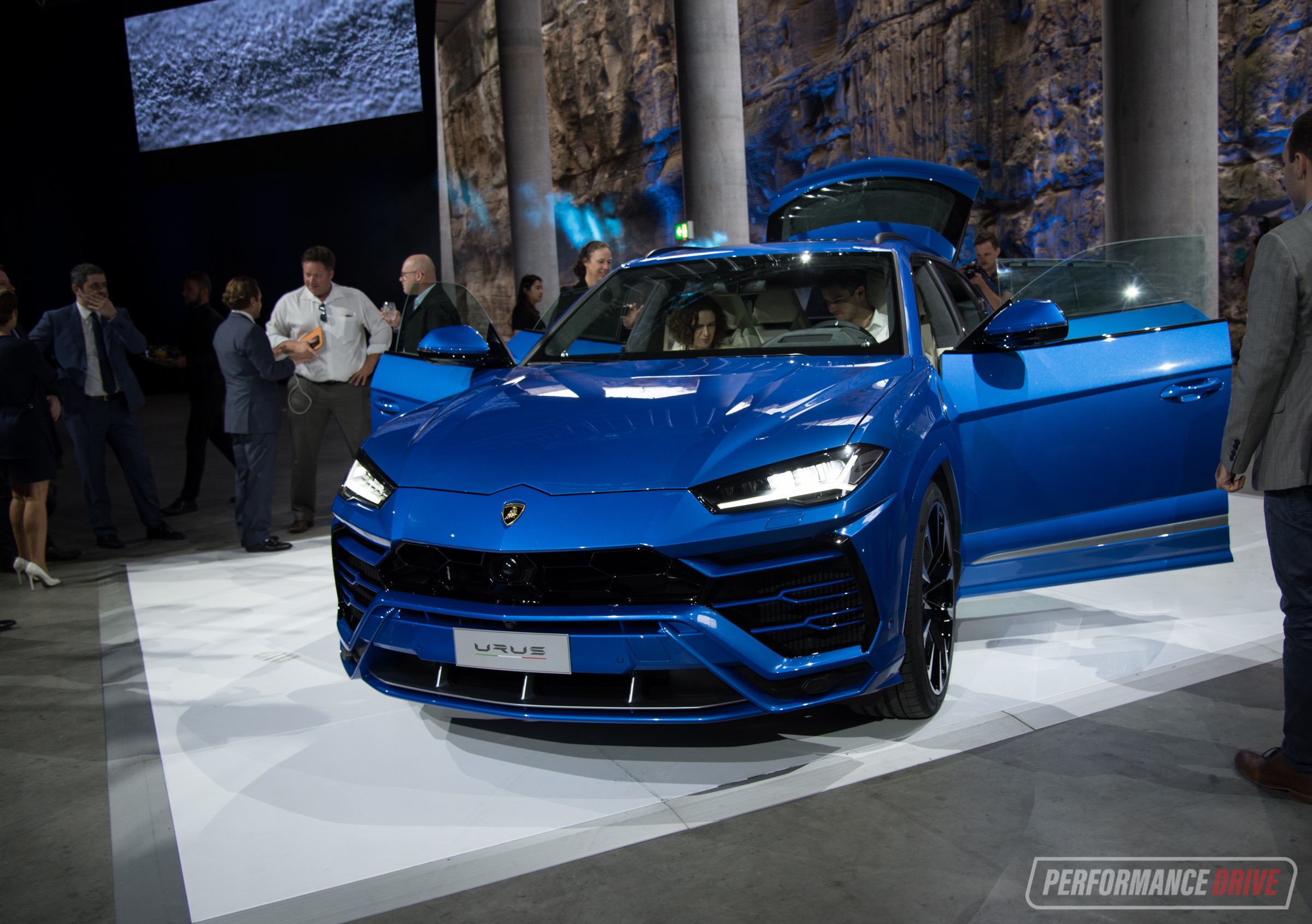 The first SUV and the first turbocharged production car from Lamborghini has made its debut in Australia at a special event in Sydney. It’s called the Urus (pronounced ‘oo-rus’), and it is promising to be not only the most powerful and quickest SUV in the class, but also the lightest and one of the most advanced. 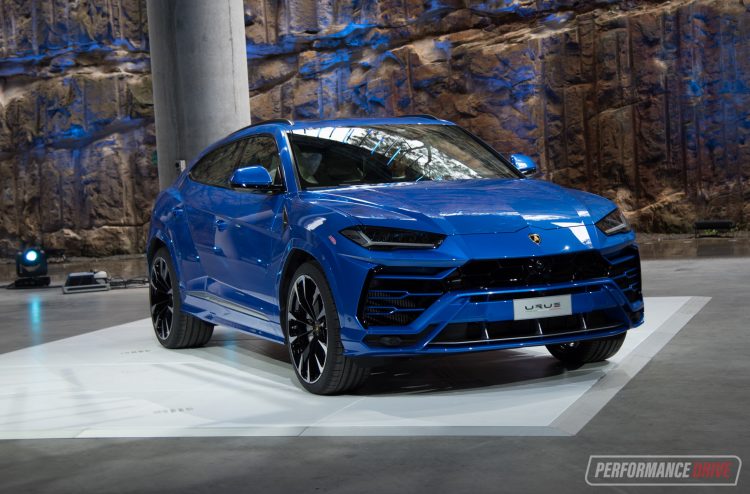 Loosely based on Volkswagen Group’s MLB Evo platform, the Urus forges a new sub-segment in the market which Lamborghini describes as the Super Sports Utility Vehicle. And when you take a look at some of the specs, it’s easy to see why this thing stands alone and ahead of all other SUVs currently on the market.

Power comes from a bespoke 4.0-litre twin-turbo V8 engine developing 478kW and 850Nm. Lamborghini is adamant this is a brand-new motor and not simply borrowed from sister brand Audi. It is the company’s first ever turbocharged engine. 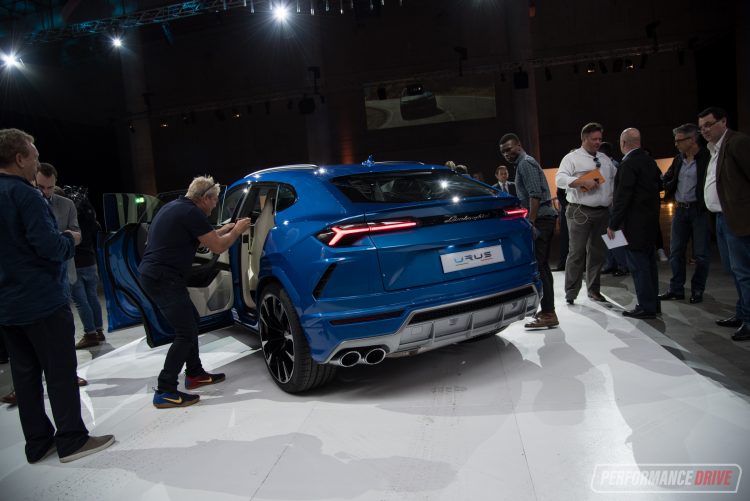 Lambo says it went for a turbo unit over one of its V10s or V12s due to the low-end and overall torque the turbo provides. As such, all 850Nm is available from just 2250rpm. This helps with not only performance but also day-to-day useability. Connected up to this is an eight-speed automatic transmission with all-wheel drive, centre limited-slip diff, and rear-wheel steering.

Out on the tarmac the Urus has a claimed 0-100km/h time of just 3.6 seconds, making it the quickest combustion-engine SUV on the market, with a top speed of 305km/h. Combined fuel consumption, if you’re wondering, is rated at a reasonable (considering the weight and performance) 12.3L/100km.

To help harness some of the speed, the Urus is fitted with the biggest disc brakes in the world (for a production car), measuring an eye-popping 440mm on the front, and made from carbon ceramic. These are capable of pulling the sub-2200kg beast up from 100km/h in just over 33 metres. 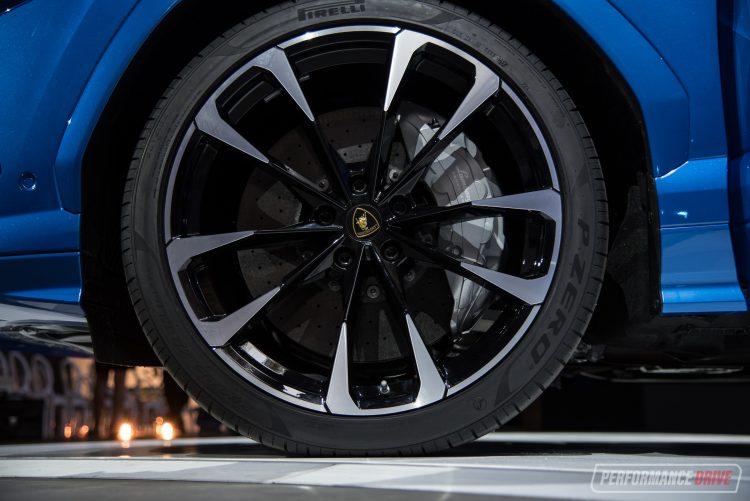 The developers had to come up with all new driving modes for the Urus, borrowing elements of the ANIMA system from the Huracan as well as other elements from the Aventador. Instead of the usual road and track modes, there’s now a sand, snow and dirt mode to select from.

Thanks to air suspension and active anti-roll bars, the Urus promises excellent comfort on the rough stuff but also committed and focused stance on the smooth stuff. The vehicle is also raisable for off-road use to provide extra ground clearance.

As for the design, well, it’s easy to see this is a completely unique model that’s very separated from other VW MLB Evo platform borrowers. It looks very Lamborghini, with a pointed nose, aggressive lines, and a fat rear end incorporating a diffuser and quad-outlet exhausts. 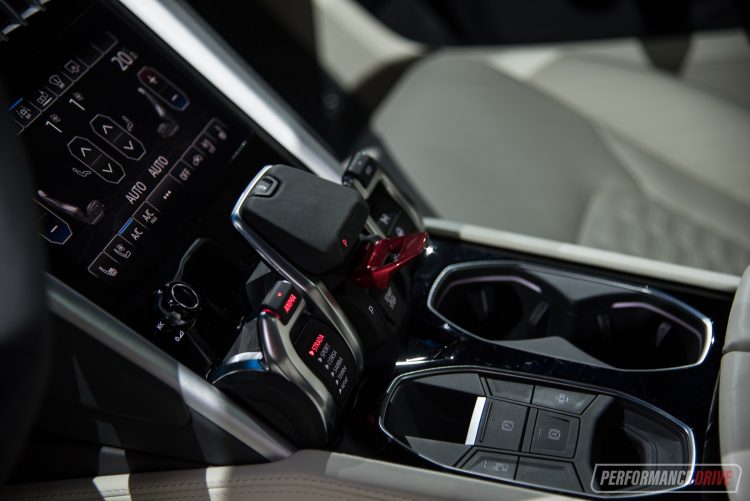 Inside is much the same. Seen as though this is the first modern Lamborghini that can accommodate a family or friends on board, the decor is sporty but with a clear luxury and modern character. There’s leather everywhere and a very cool embedded screen for the centre console. There’s also a fully digital instrument cluster and touch-screen system.

The Urus will start to arrive in Australia late this year priced from $390,000 (excluding on-roads). Buyers will have a range of options and personalisation packages to choose from, including really bespoke features through its Ad Persona program.