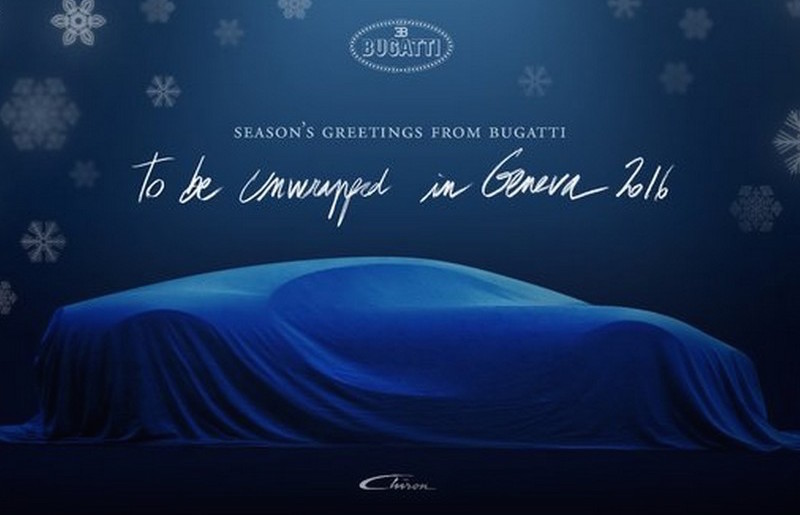 Bugatti has released a Christmas card for the festive season which doubles as a teaser to the upcoming Veyron successor called the Chiron. 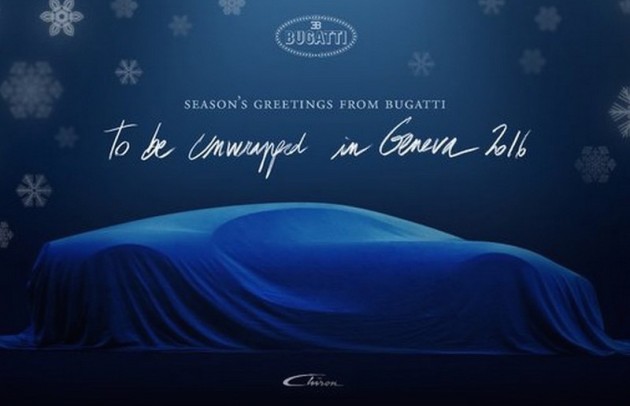 The all-new hypercar will be unveiled for the first time at the 2016 Geneva Motor Show in March, Bugatti has confirmed. It will be the new world’s fastest production car when it arrives, and also the most powerful, according to the manufacturer.

Specifications are yet to be confirmed but there are a lot of rumours and reports circulating, pointing to a revised version of the 8.0-litre W16 engine found in the Veyron. It’s predicted to use four turbochargers again, with the possibility of electric turbines this time around and even electric motor assistance.

Bugatti is obviously going to be taking the new model very seriously. In fact, it was recently spotted test driving prototype versions along side other high-end hypercars like the Veyron SS and the Porsche 918 Spyder.

Although the Xmas card teaser doesn’t reveal much in terms of the Chiron’s design, prototypes that have been spotted, including the more recent below, show the new model will look similar to the Veyron in terms of silhouette and proportions. It will be inspired by the Bugatti Vision Gran Turismo concept as well, infusing some more futuristic themes compared with the Veyron.

Click play below to see the latest spy video. We’ll be sure to bring you any other official information or previews as soon as they are released.