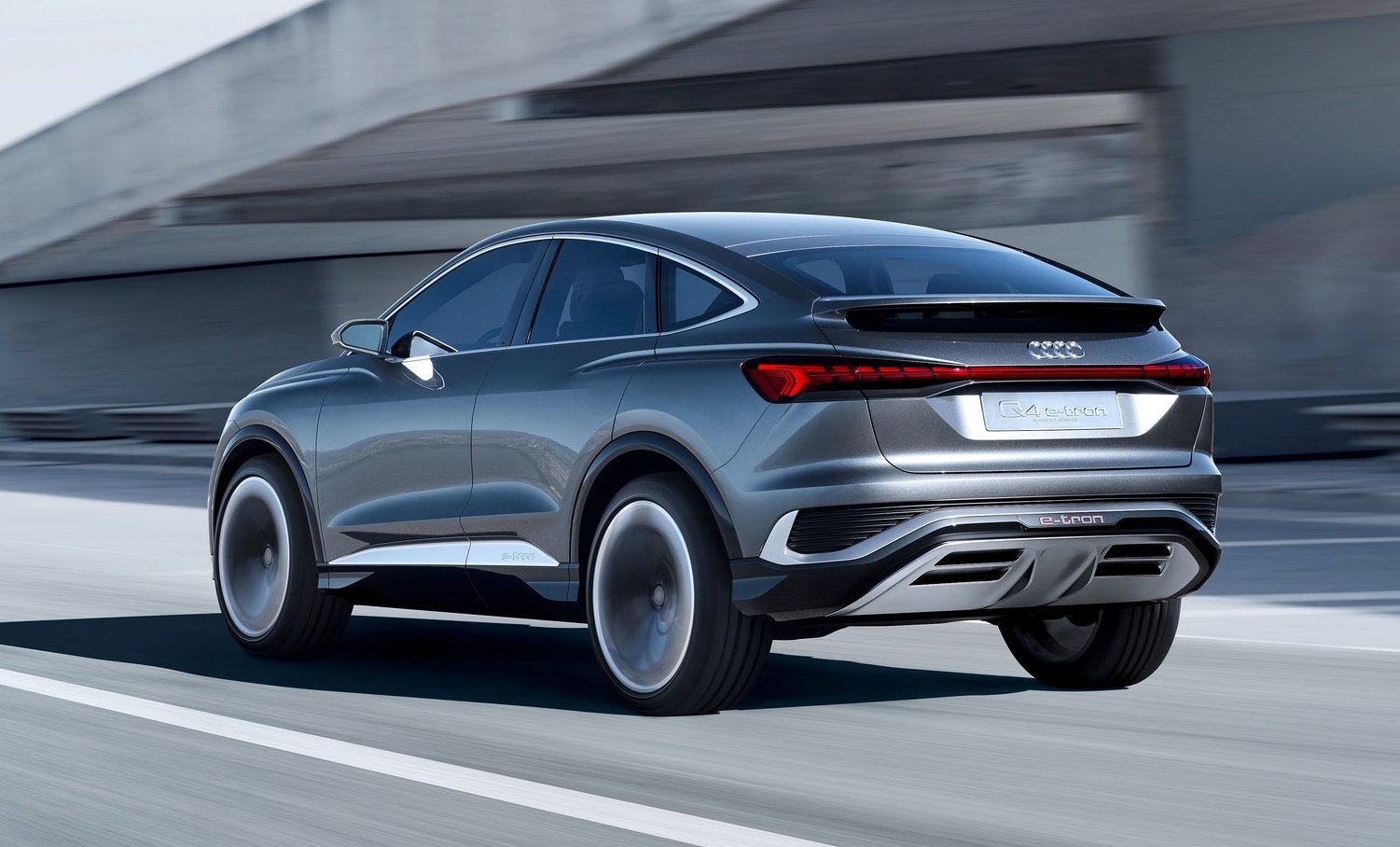 Audi is previewing a new coupe-style electric SUV, today unveiling the Q4 Sportback e-tron concept. A production version is set to hit the showroom next year. It’ll be the company’s seventh fully electric model to be launched by 2021. 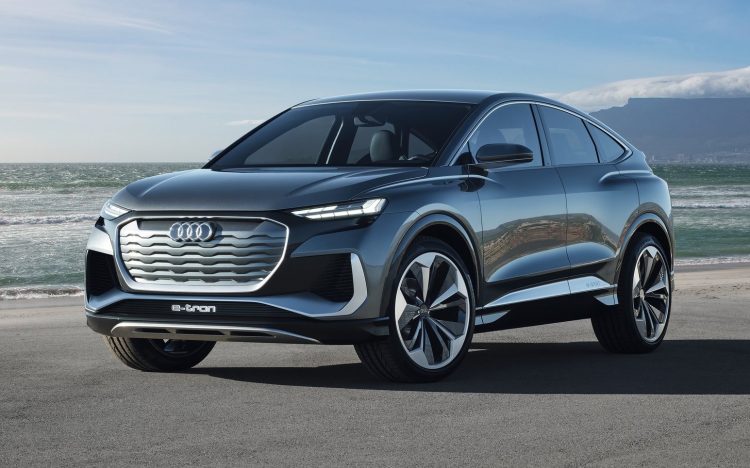 Before it arrives though we can check out this concept version. It follows the debut of the Q4 e-tron concept that was shown at last year’s Geneva Motor Show, only this showcases a fashionable coupe body style. Audi says that by showing the new coupe concept customers can decide which body style they prefer before the showroom models arrive. 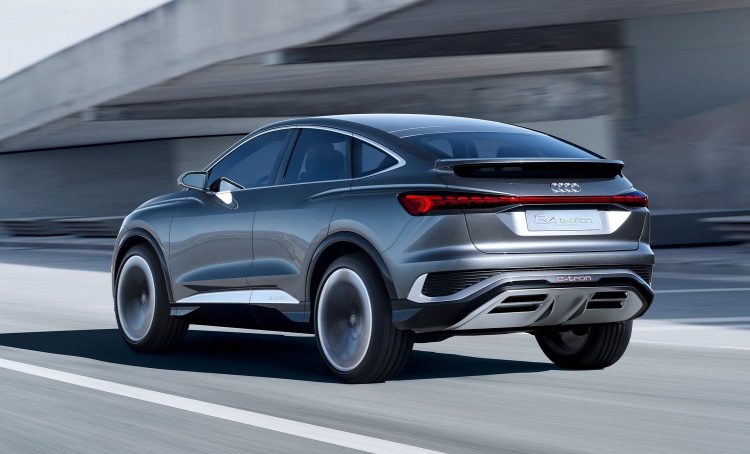 Like last year’s Q4 concept the coupe version rides on VW Group’s MEB (modular electric drive matrix) platform. This is a brand new layout that has been specifically designed and developed as an electric vehicle chassis – Ford is even interested in it, signing into a partnership with VW that will see some future Ford models built on the same architecture.

It accommodates two electric motors, positioned at the front and rear axles, with no mechanical link between them. An electronic control unit manages power distribution and adjusts according to the conditions and demands. In normal conditions mainly the rear motor is engaged to optimise efficiency. 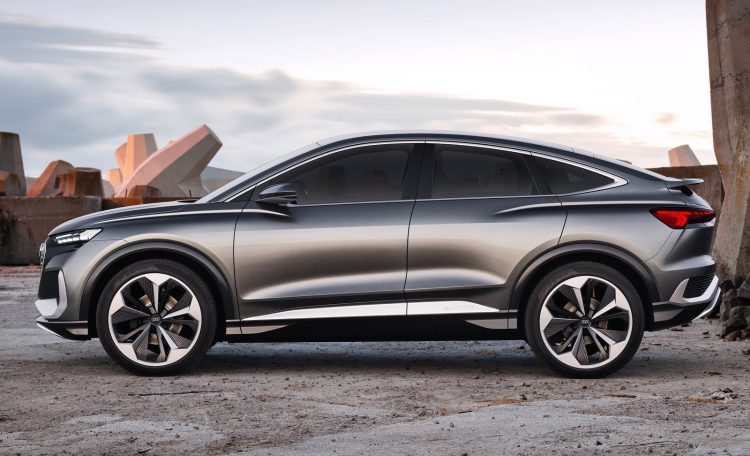 The electric motor at the back has an output of 150kW and 310Nm, while the front motor adds 75kW and 150Nm. Combined, the system is rated at 225kW. These receive power from an 82kWh battery which is mounted within the vehicle floor.

Audi says the battery can be recharged at up to 125kW, and doing so owners can expect 80 per cent charge in around 30 minutes of plug time. Fully charged, the system will offer a WLTP average range of over 450km. The system can also propel the SUV from 0-100km/h in a respectable 6.3 seconds. 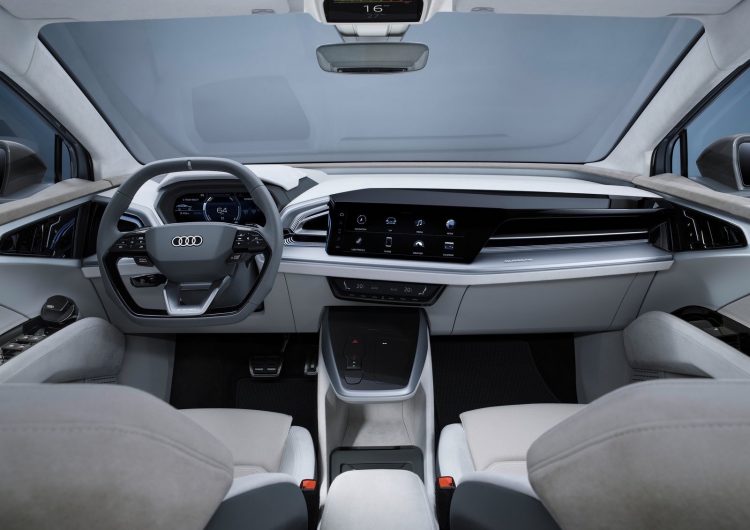 Ride and handling capabilities are set to be very rewarding, with the MEB platform providing a front-rear weight distribution of 50:50. There’s also MacPherson struts at the front running adaptive dampers, and a multi-link rear end with coil springs and adaptive dampers. Audi says the centre of gravity is very low, partly thanks to the 510kg battery system being located in the floor.

The Q4 e-tron will be Audi’s second fully electric SUV in the showroom, following the e-tron and e-tron Sportback. It will use the same naming theme; Q4 e-tron and Q4 Sportback e-tron. Production is scheduled to commence some time in 2021.