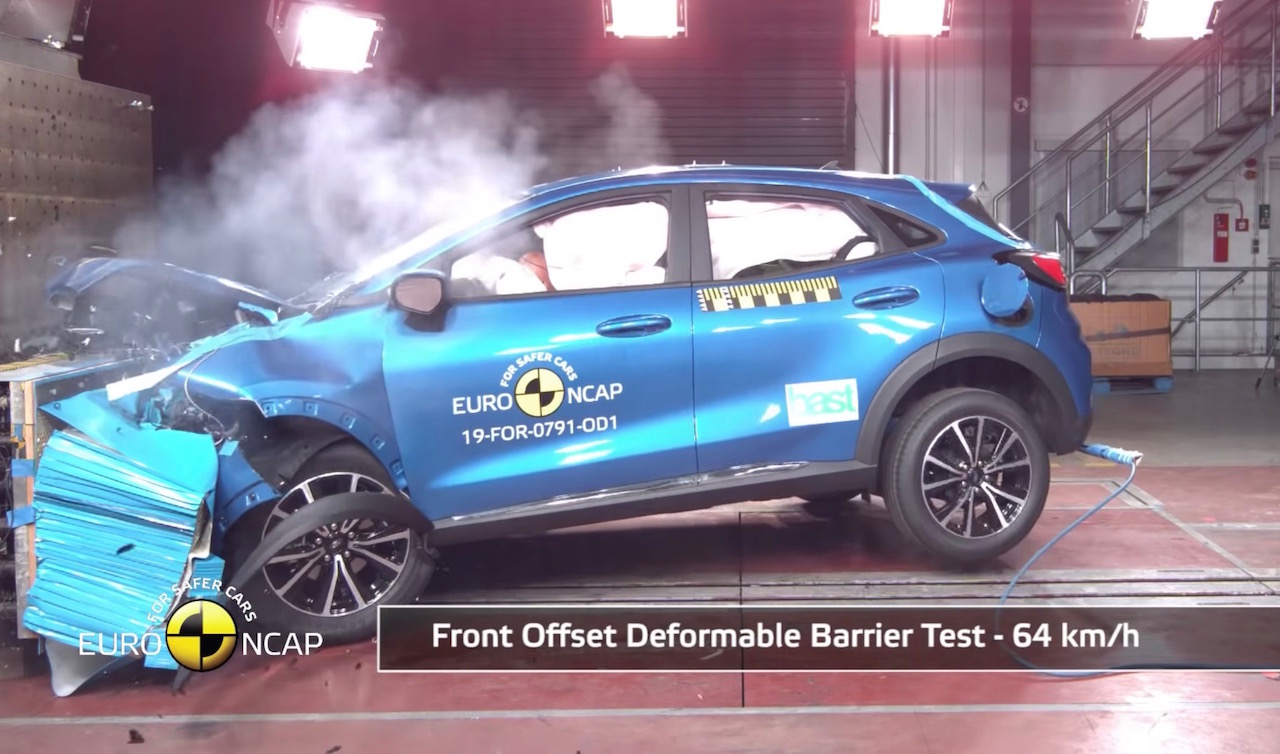 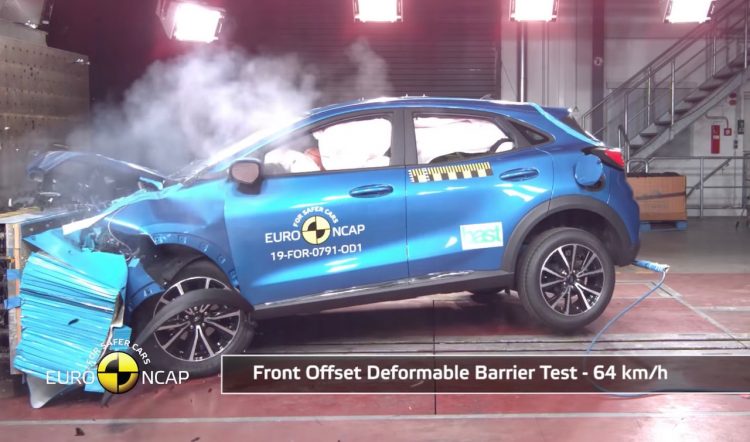 Ford Australia says the new model is due in showrooms this month. It’ll come in as the company’s new small SUV to compete with the likes of the Hyundai Venue, Suzuki Ignis, and Mazda CX-3 (according to VFACTS). Following recent crash tests by the Euro NCAP division, the local ANCAP engineers have assessed the data and provided a full five-star rating.

“In both the side impact and oblique pole tests, protection of all critical body regions was Good and the Puma scored full points in both of these tests. In terms of active safety, the Puma’s autonomous emergency braking system is able to detect pedestrians and cyclists as well as other vehicles, and in these tests the system’s overall performance was rated as Good with collisions avoided or mitigated in most scenarios.”

The five-star rating applies to all variants. In Australia three main trim lines will be available, including base, ST-Line, and ST-Line V. All come powered by a 1.0-litre turbo-petrol three-cylinder engine producing 92kW and 170Nm, matched to a seven-speed dual-clutch auto. All three are front-wheel drive.

A comprehensive safety suite is part of the standard kit, incorporating autonomous emergency braking with pedestrian detection, lane keeping aid and lane departure warning, a rear-view camera, traffic sign recognition, and auto headlights and high-beam. Cruise control is standard but adaptive cruise control is only available as part of an option pack on all variants.

Prices start from $31,990 drive-away and top out at $36,990 drive-away. Ford Australia provides a five-year warranty. Check out the crash test video below to see how it performed.