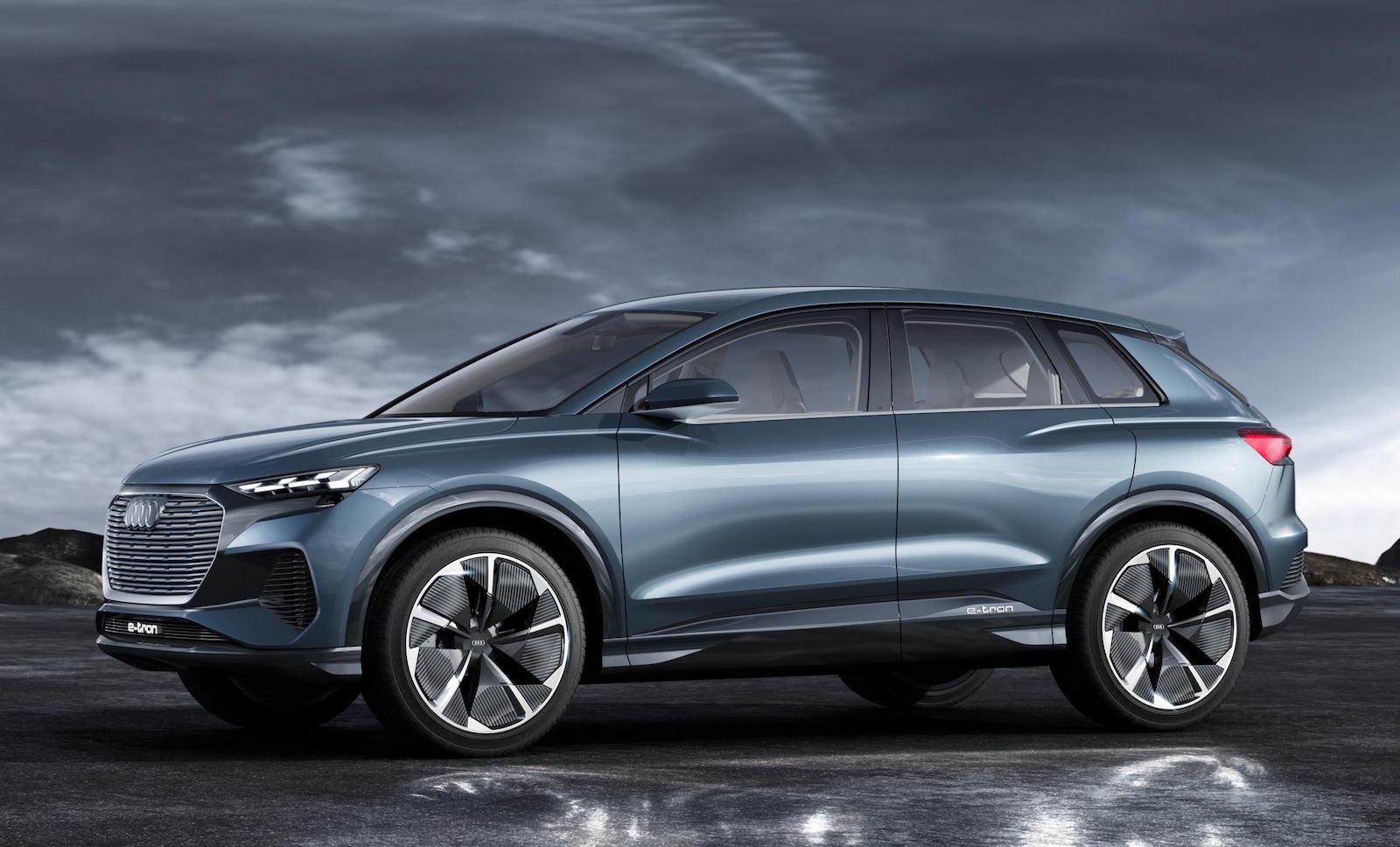 As promised in an earlier teaser, the Audi Q4 e-tron concept has just been unveiled at the 2019 Geneva Motor Show in Switzerland. It previews Audi’s next e-tron fully-electric SUV. 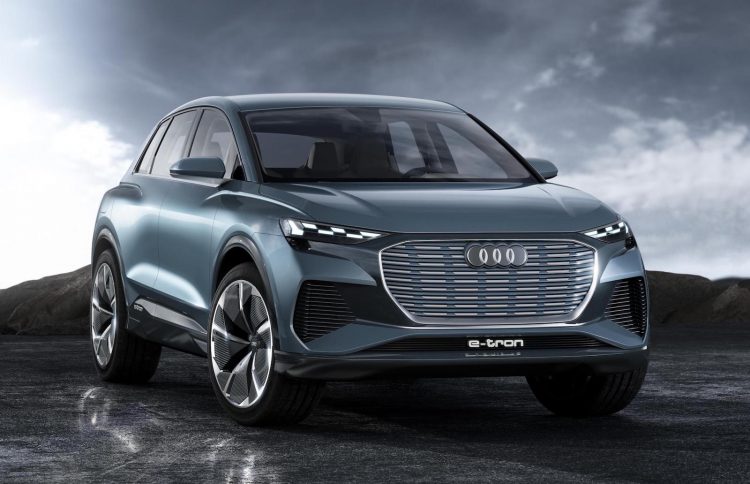 Propulsion comes from two electric motors – a 150kW/310Nm unit at the rear axle and a 75kW/150Nm unit for the front – that combined to produce 225kW. They receive power from an 82kWh battery pack which is stored in between the front and rear axles. The concept is based on the VW Group ‘MEB’ platform, providing external dimensions slightly larger than the existing Q3. It measures 4.59m long, 1.9m wide, and 1.61 tall.

Thanks to the immediate power and torque delivery, acceleration from 0-100km/h takes just 6.3 seconds, while the top speed is electronically limited to 179km/h (111mph). As for the range, Audi mentions the concept is able to drive “over 450km”, which, the company claims, sets a new benchmark for this class.

For the exterior Audi has applied its latest styling language, with a single frame front grille, large front intakes, defined panel contours, and a set of matrix LED headlights topping it off. Designers have also crafted in some muscular wheel arches for that SUV look.

Inside is typical modern Audi, in that it’s very crisp, clean and full of technology. For the main dash facia there’s a 12.3-inch touch-screen, with a climate control module below it. The driver views a digital instrument cluster as well as a large head-up display system, while playing with an almost hexagonal steering wheel. 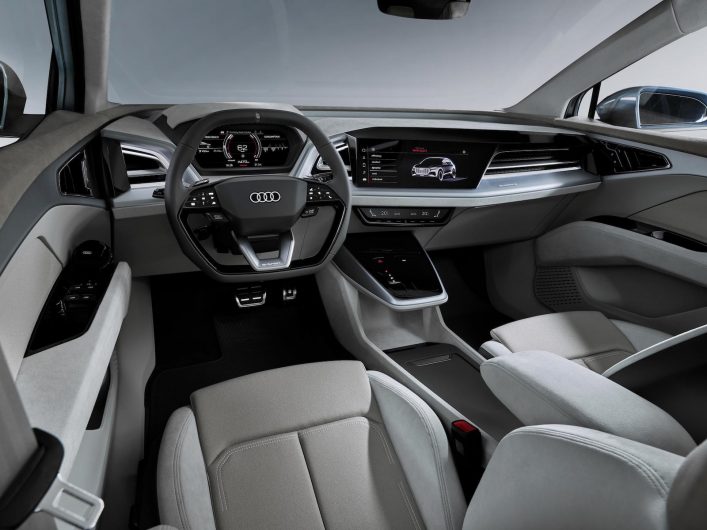 To maximise sustainability, the floor covering is made from recycled materials, while the headlining, pillars, and the upper door trims and dash are covered with white and beige microfibre textiles. It’s all brought together to provide a light and warm atmosphere for the four passengers.

The Q4 e-tron will be just one of many new electric models hitting showrooms in the near future. Following the e-tron SUV which has already debuted, Audi will launch the e-tron Sportback later this year, followed by the Q2L e-tron, and then the e-tron GT. Production of the Audi Q4 e-tron, based on this concept, is scheduled to commence in 2020.