Lamborghini has unveiled a spectacular new open-top, one-off hypercar called the SC20. It’s a concoction of motorsport-inspired performance and the flair and extravagance of an exclusive and very exotic Italian thoroughbred. 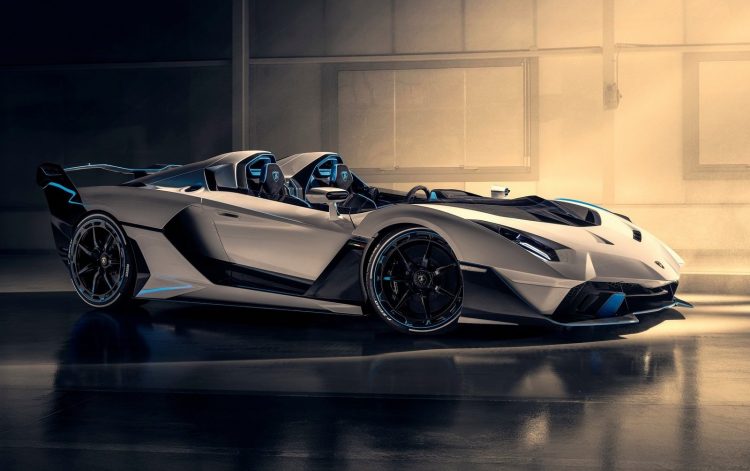 The SC20 could be described as a successor to the SC18 Alston, from 2018. Like that, this features proper motorsport derived components developed by the company’s Squadra Corse division, with the body designed by the Centro Stile department.

It doesn’t really look like any other model in the showroom, with a unique three-prong front end, very tall side plates that form the side skirts, and a twin-buttress rear end. There’s also a mind-blowing rear wing apparatus that extends right down to the rear diffuser, as a single piece. 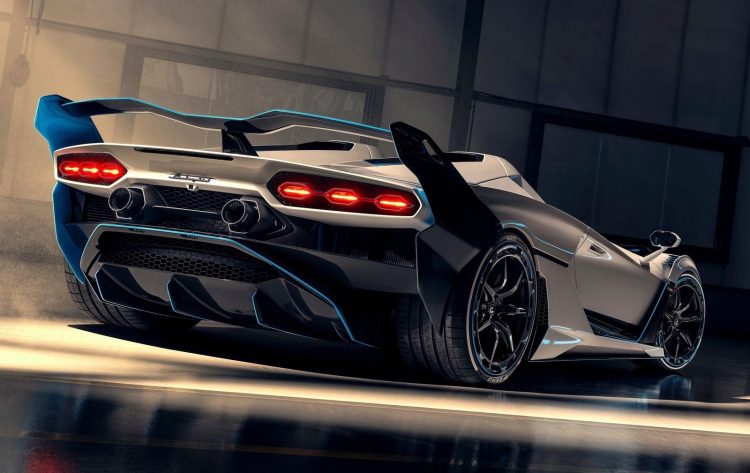 Powering this insane machine is a 6.5-litre naturally aspirated V12 that churns out 567kW at 8500rpm, and 720Nm at 6750rpm. All of this is directed through a seven-speed single-clutch automated manual, with an all-wheel drive system providing the traction. Speaking about the model, Mitja Borkert, head of design at Lamborghini Centro Stile, said:

“Two years after the SC18 Alston, the SC20 was a new, intriguing challenge. The chief sources of inspiration were the Diablo VT Roadster, Aventador J, Veneno Roadster and Concept S, and the result is a dramatic combination of creativity and racing attitude.” 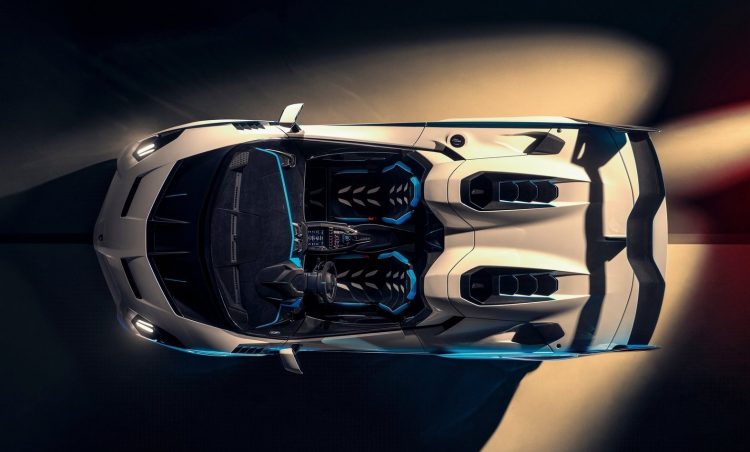 The one-off creation is coated in a bespoke Bianco Fu (white) with a Blu Cepheus (blue) livery, as per request by the customer. This colour theme is carried through to the interior as well, also with Nero Cosmus (black) and Bianco Leda (white) highlights. Giorgio Sanna, head of Lamborghini Motorsport, said:

“The SC20 is one more technical and styling exercise that associates Squadra Corse experience with Lamborghini design, masterfully interpreted by our Centro Stile based on the customer’s wishes, which was the focus of the project during the entire vehicle development and construction process.”

Don’t expect to see many of these crazy cars on the road, or any, in fact. This is just a one-off build. However, we’re sure if you have enough money at your disposal Lamborghini could create something very similar for you, too. 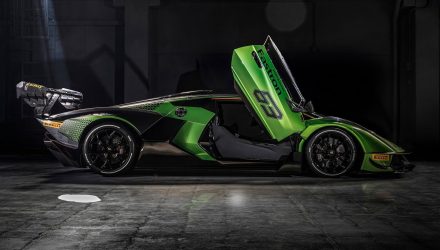 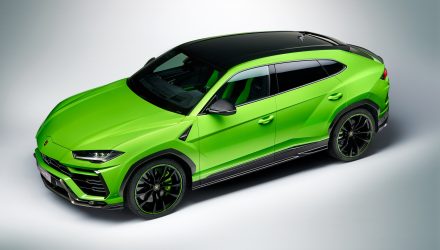