Ferrari has been spotted testing a prototype version of the new Ferrari Enzo ‘F70’ successor out on the streets in Italy. The new model will be Ferrari’s most powerful road car it’s ever made, and the first hybrid production car it’s ever made. 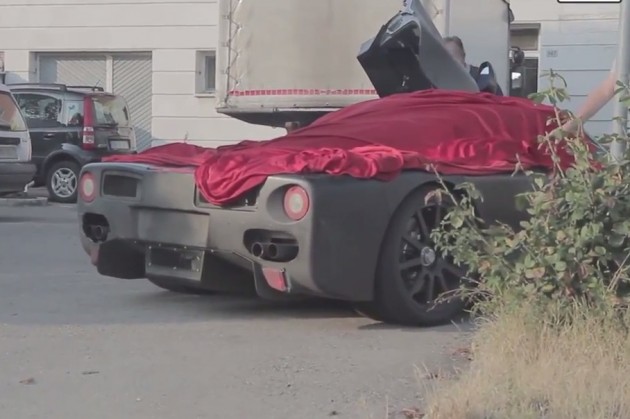 Yes, the new Ferrari Enzo will be a hybrid. It’s expected to use a sophisticated system with KERS (kinetic energy regeneration) technology, as outlined in a video released earlier this year.

The ‘F70’ will feature a petrol V12 at its heart though, which is a good thing, mounted in the middle of the car. It’s understood the V12 will use a new inlet setup with variable length intake runners. This would allow for plenty of torque down low in the revs, and screaming performance up high.

Overall power is said to be in the 686kW (920hp) region, which will make it one of the most powerful production cars ever made.

As Ferrari boss Luca di Montezemolo confirmed earlier in the year, “At the end of the year, we’ll be unveiling the new Enzo, a limited series model and our first ever hybrid car”. We’ll be sure to provide complete coverage of the unveiling.

Click play below to take a sneak peek in the meantime. It appears, judging from the prototype at least, the new Enzo will feature a very low-profile body just like the previous model. It’s a shame you can’t really hear the V12 when it drives past. Maybe it was in electric mode?