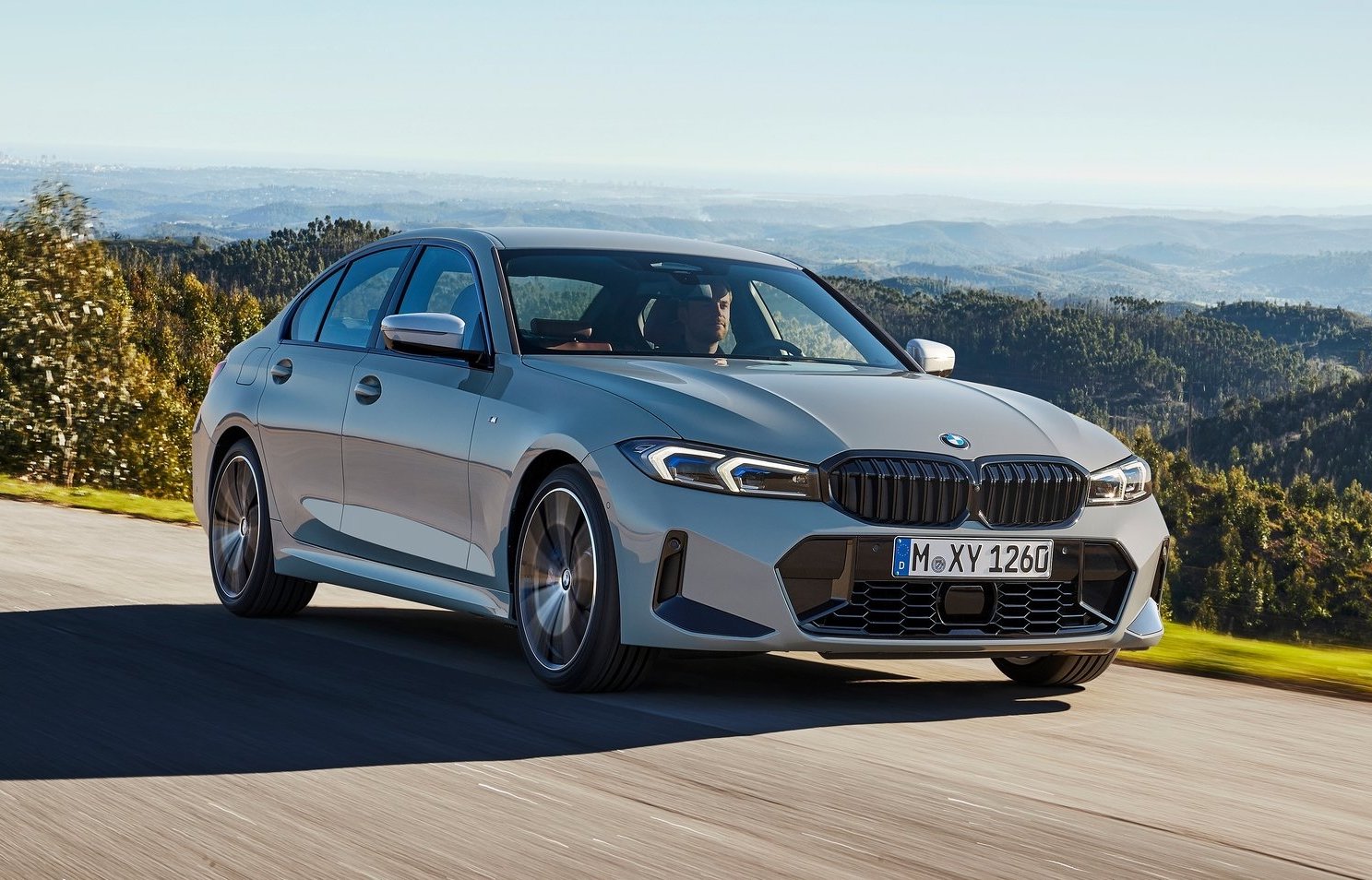 By the look of it, mild styling tweaks as well as some with technology updates headline the 2023 BMW G20-generation 3 Series mid-cycle update, while the powertrain lineup looks to remain unchanged for now. 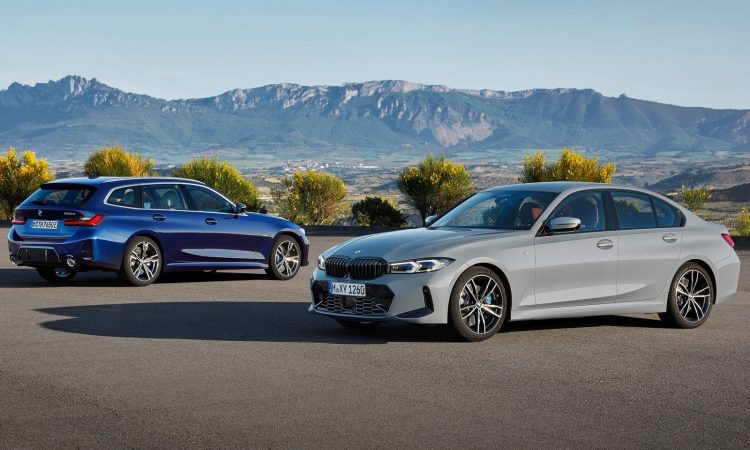 Up front, the styling refresh includes a new set of slim headlights and a sharper take on the traditional kidney grille, while the lower portion of the front grille and air intakes look to have been styled exclusively with a straight-edged ruler.

Of course, there’s a new set of alloy designs for the 18-inch standard and optional 19-inch wheels, with the rear end receiving a very mild styling refresh which gains trapezoidal exhaust pipes with the M Sport package.

The 3 Series’s major upgrades, however, are lurking inside the cabin, which is now headlined by a massive pair of high-definition displays including a 14.9-inch infotainment system seamlessly paired with a 12.3-inch digital instrument display. 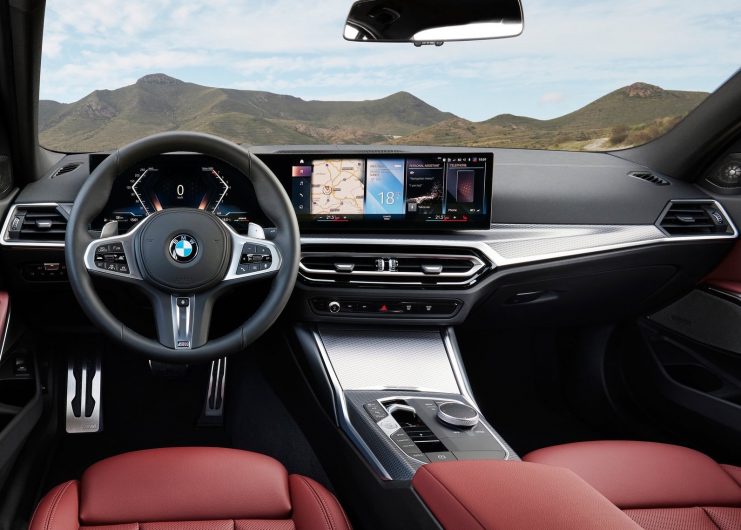 The infotainment system has been snatched from the all-electric iX SUV and i4 and comes powered by BMW’s updated iDrive 8 operating system, featuring 5G support for over-the-air updates, augmented-reality sat-nav and the usual Apple CarPlay and Android Auto connectivity.

In the central tunnel, BMW’s rotary dial remains in control of the infotainment system, while the traditional gear lever has become more reminiscent of an electric parking brake switch.

In terms of powertrains, it looks like BMW is sticking with its range of diesel, petrol and plug-in hybrid (PHEV) units for the 2023 G20 3 Series, but may well surprise us when the company confirms prices and specs for the Australian lineup. 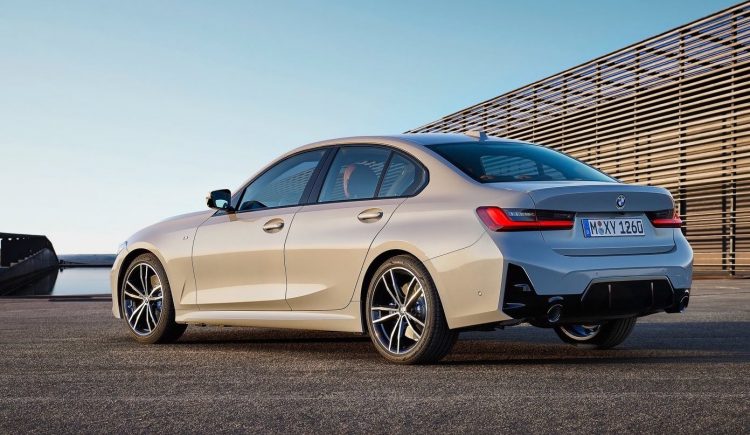 As a refresher, the 320i comes powered by a 2.0-litre turbo-petrol pushing out 135kW of power and 300Nm of torque, while the 330i produces 190kW/400Nm, and the M340i xDrive pushes out 285kW/500Nm from a turbocharged inline six-cylinder. All of which put power to the rear wheels via an eight-speed automatic transmission, with the exception of the all-wheel drive M340i.

BMW says the 3 Series Touring will be available here in Australia in a mid-spec 330i variant only, while the plug-in hybrid 3 Series comes in the form of the 330e which is powered by a 2.0-litre turbocharged four-cylinder paired with an electric motor producing a combined 215kW of power and 420Nm of torque. A 320d variant continues with a 2.0-litre turbo-diesel, generating 140kW and 400Nm.

The company will confirm a full run-down of specifications and prices for the updated G20 3 Series closer to its official launch in the fourth quarter of 2022.