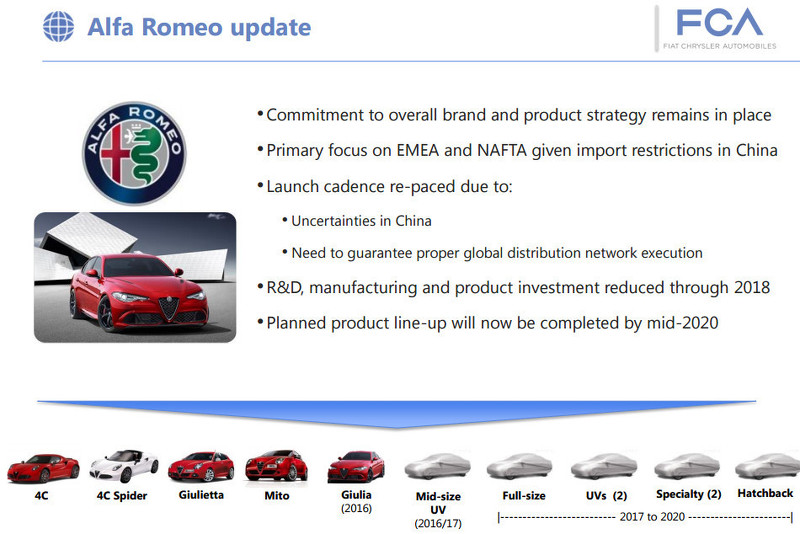 Fiat Chrysler Automobiles (FCA) has announced some very interesting business plan changes, with emphasis on SUVs from Jeep, and pushing some Alfa Romeo plans to the side. 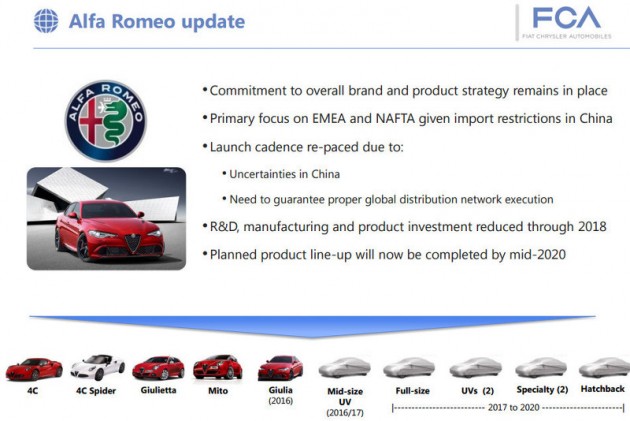 For Alfa fans, it’s not the best news. The Italian brand was aiming to introduce a string of all-new vehicles over the next couple of years. But now, only the Giulia and a mid-size SUV will make it by the end of 2017.

Plans for a smaller SUV and crossover, a new hatch, a large sedan above the Giulia, and two new “specialty” sports cars won’t arrive until before 2020, the company has confirmed.

Instead, the auto giant will focus its attention on pickups and SUVs. Group CEO Sergio Marchionne said this was due to low fuel prices and the growing demand of SUVs and pickups. The company hopes to see Jeep sales grow from a record 1.2 million in 2015, to 2.0 million by 2018.

Part of the plan is the all-new Wrangler, which will eventually be offered with a diesel and later down the track a hybrid. The new model is scheduled to arrive in petrol form in 2017.

FCA as a group reported good results for 2015 in terms of sales and revenue. The group shipped 4.6 million vehicles, essentially matching 2014, while Jeep sales were up an impressive 21 per cent. Net revenue were up 18 per cent, from 96 billion euros to 113.2 billion euros. 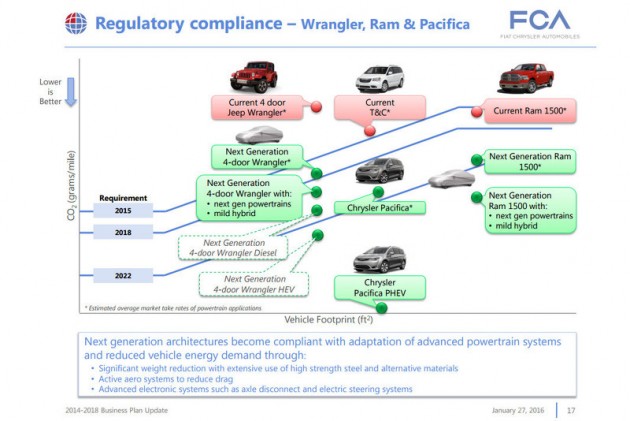