Audi Australia has launched the hot new Audi TT S line Competition pacakage in the local market. The new variant brings the flare and drama of the TT RS, at almost half the price. 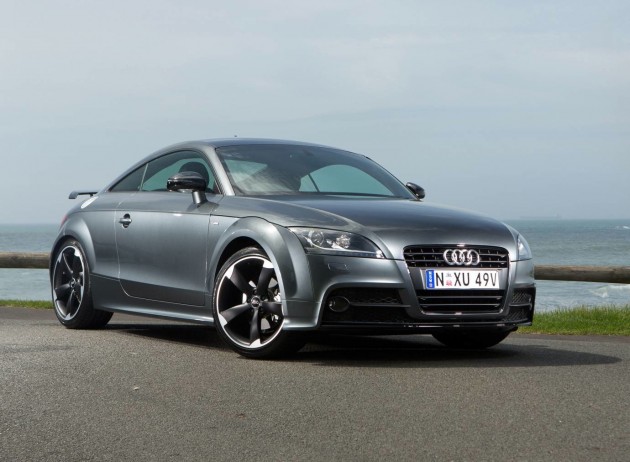 The Competition package doesn’t include the cracking 2.5-litre five-cylinder engine as seen in the RS, but it does come with an energetic 2.0-litre TFSI turbo four-cylinder producing 155kW and 350Nm. Acceleration from 0-100km/h is possible in around 6.5 seconds.

On the outside, the package showcases the full RS bodykit including the large rear wing, a chunky rear diffuser, side skirts, and the aggressive front end of the TT RS. The front also includes xenon headlights with LED daytime running lights and a matt black grille.

The interior is revised to match the athletic nature of the exterior, with sporty bucket seats, Nappa leather, lots of aluminium-look trimmings around the dash and door cards, S line logos, and a flat-bottomed sports steering wheel.

Completing the package is a set of 19-inch alloy wheels wearing 255/35 tyres front and rear. The coupe can be had in either front-wheel or quattro all-wheel drive forms.

According to Audi, the package represents $8500 worth of kit, offered to customers for just $1800. Prices are as follows (excluding on-road costs):