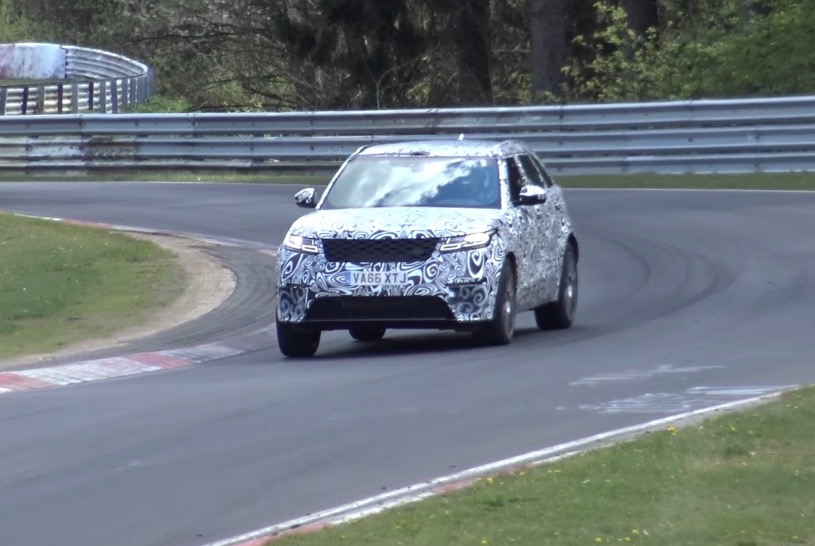 Range Rover has been spotted once again testing a prototype version of the gorgeous new Velar SUV, giving off a clear V8 soundtrack. It’s believed this could be a ‘Velar SVR’, of sorts. 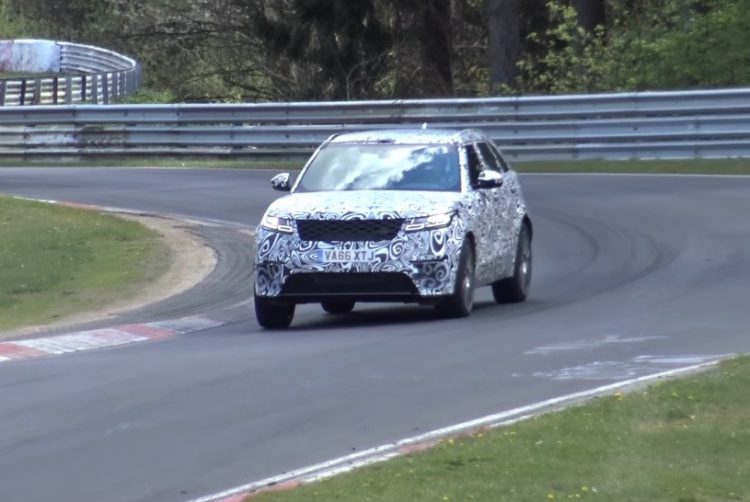 The Velar was revealed late last year, and will join the Land Rover range later this year. It will slot between the Evoque and the Range Rover Sport, offering buyers a happy medium between sportiness and size.

So far Land Rover has only confirmed a 3.0-litre supercharged V6 as the flagship powertrain. However, we’ve all since expected a monster V8 version to join the lineup at some stage. This latest spy video reconfirms a V8 is in development, following an earlier spy video.

Here we can see and hear the sportiest version being honed to perfection on the demanding Nurburging circuit in Germany. It appears to be wearing large alloy wheels with performance low-profile tyres. Around the front end there also seems to be a more aggressive front chin, potentially previewing a unique aero pack for the V8.

As for the engine, Jaguar Land Rover has various tunes of its 5.0-litre supercharged V8. Power outputs span from 375kW, 405kW, and up to 423kW in the case of the F-Type SVR. There’s also the new XE SV Project 8 with its 441kW tune. We’re guessing this Velar SVR will come with the 375kW version, given that it wouldn’t want to step on the toes of the Range Rover Sport SVR or the upcoming ‘F-Pace SVR’.

At this power level it would become one of the most powerful SUVs in the class, with only the Mercedes-AMG GLC 63 and its 375kW output to contend with. At this output, the Velar should be able to conquer the 0-100km/h sprint in around 4.8 seconds.

Whether it adopts the SVR name or not is yet to be confirmed. Land Rover might instead decide to label it slightly differently, a bit like the Range Rover SVAutobiography Dynamic, which is also developed by Jaguar Land Rover’s Special Vehicle Operations (SVO) division.

The Australian arm has confirmed the Velar will go on sale in Australia at the end of this year. Prices have been confirmed to start at $70,300.