Talk about bad timing. A groom and best man driving a hired Lamborghini Gallardo earlier today in Sydney had a crash on their way to the wedding. It’s understood the wet weather contributed to the cause of the accident. Luckily both of them walked away uninjured, and, as far as we know, made it to the altar on time. 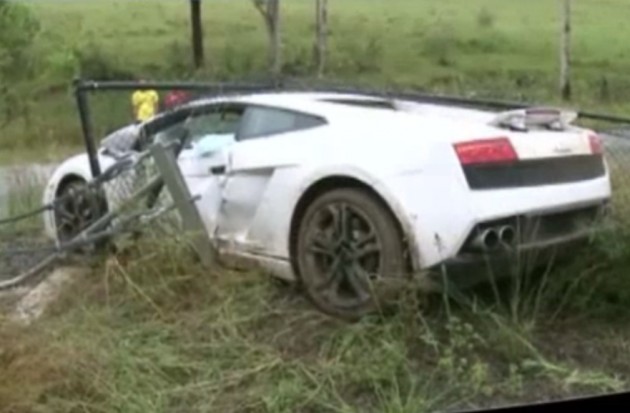 The two were driving along McIver Street in Middelton Grange, in Sydney’s west, at the time of the crash. According to reports, the driver said to police the Gallardo bumped and skidded off the road. By the looks of it, the Gallardo crashed through a fence and stopped just short of a creek.

The man hired the $500,000 Lamborghini Gallardo as a bit of a treat for himself. It would be nice for any man to roll up to his wedding in a Gallardo, unfortunately, Sydney’s wet weather got the best of this groom. 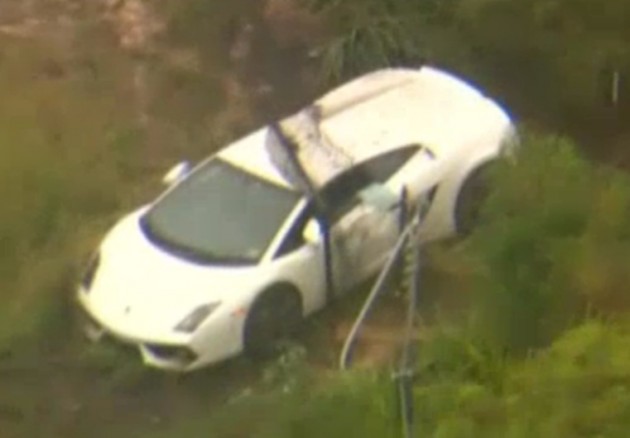 A representative for the hire company said in a recent ninemsn video report that the groom rang the company to advise them of the Lamborghini Gallardo crash, and said, “I have to leave the car now to go to the church”. The company then came to retrieve the wreck.

The damage sustained doesn’t appear to be too bad, although, the underside of the sill panel could be rather extensive.

The representative said that when the groom rang, they expected the car to be crashed lightly into a fence, but upon arrival, it appeared the car was almost written off.

Well, at least it will be a wedding to remember.