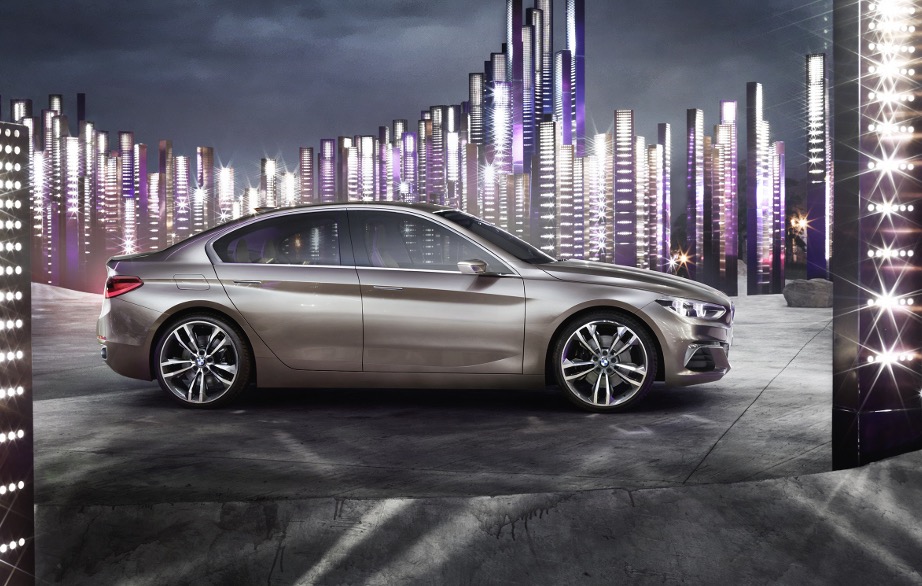 BMW has used the Guangzhou Auto Exhibition running from November 20th to 23rd to preview a future entry-level sedan with the Compact Sedan Concept. 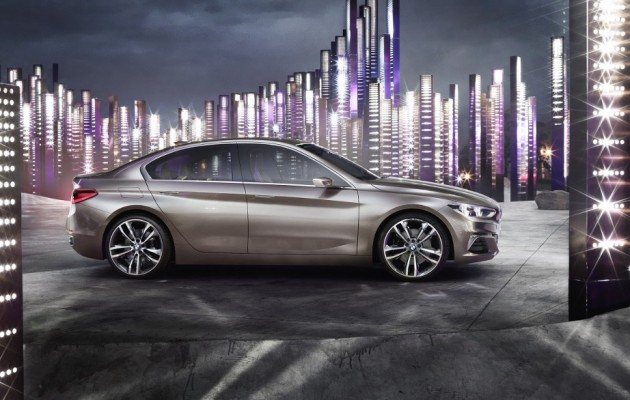 The product expected to manifest from the show car is a sedan smaller than 3 Series, spun off BMW’s new front- and all-wheel drive UKL platform shared with the MINI range, as well as the 2 Series Active Tourer and the freshly launched X1.

The Bavarian marque has been testing mules for quite some time, with photographers spotting them in parts of Europe and China. China is expected to be the largest market for the production version, likely to be called the 1 Series sedan or 2 Series sedan, explaining its presence at this particular show.

Looking at the vehicle, one can see a new take on classic BMW proportions, including the ubiquitous ‘Hoffmeister’ kink towards the rear. The dash-axle ratio is not as pronounced as it is on rear-wheel drive BMWmodels, but the body work is curvy and athletic, with a pinched beltline concealing flush door handles.

Draped over 20-inch wheels, it remains to be seen how diluted the final product will be before it hits production. 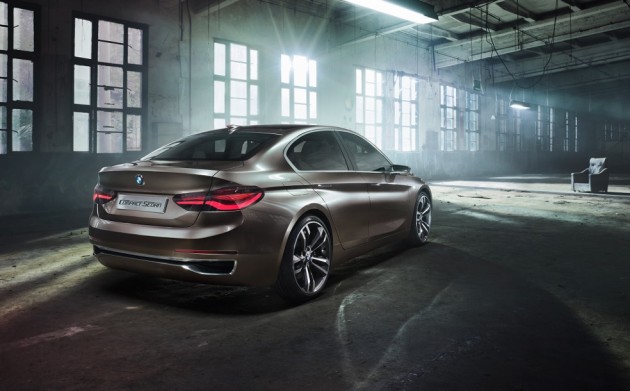 Looking inside, orange LEDs and highlights invigorate the interior like a shot of vitamin C. Other materials used include white Nappa leather, brushed aluminum and open-pore wood.

An expected benefit of using the transverse platform is more interior space. While no pictures of the rear seat have been supplied, BMW promises “unaccustomed level of space and openness”. For the concept, the rear seat accommodates two passengers.

There has been no confirmation at this stage on whether we will see the new sedan in Australia when it starts production.