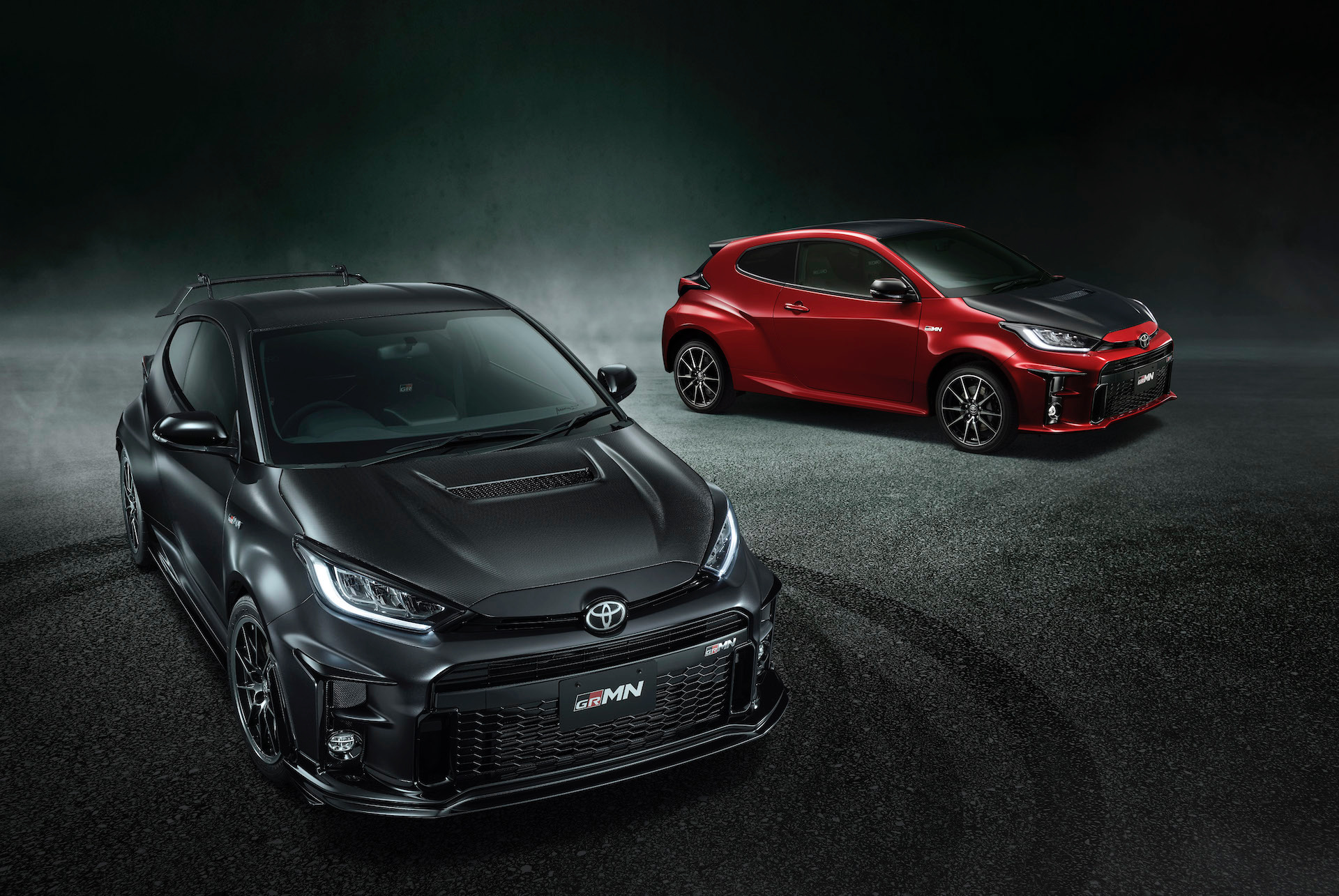 This is it. The 2022 Toyota GRMN Yaris. It’s an even more hardcore version of the already-hot GR Yaris. Production is being limited to 500 units. 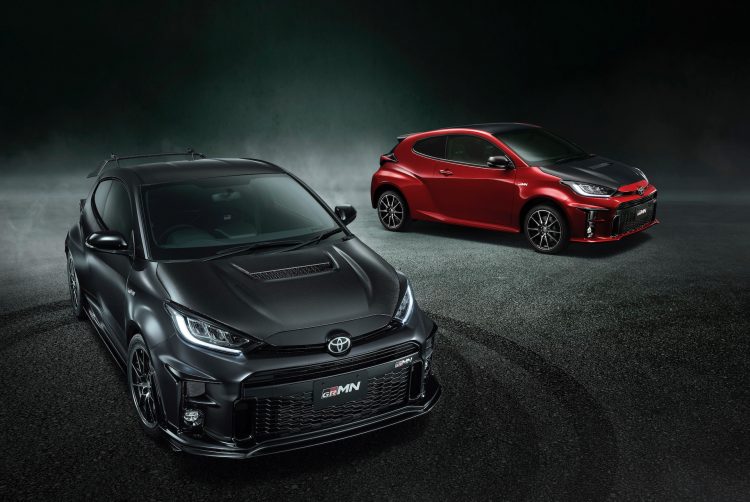 The new model made its debut today at the Tokyo Auto Salon, showing off the tuning and motorsport potential of the compact hot hatch. It’s all been developed under what Toyota Gazoo Racing calls the “driver first” philosophy.

For the exterior, designers have introduced a wider stance, so it sits 10mm wider than the GR Yaris. The height is also dropped by 10mm to lower the centre of gravity. There’s also a special aero kit with carbon fibre side skirts, rear spoiler, and front lip. The bonnet is also made from the lightweight but strong material. 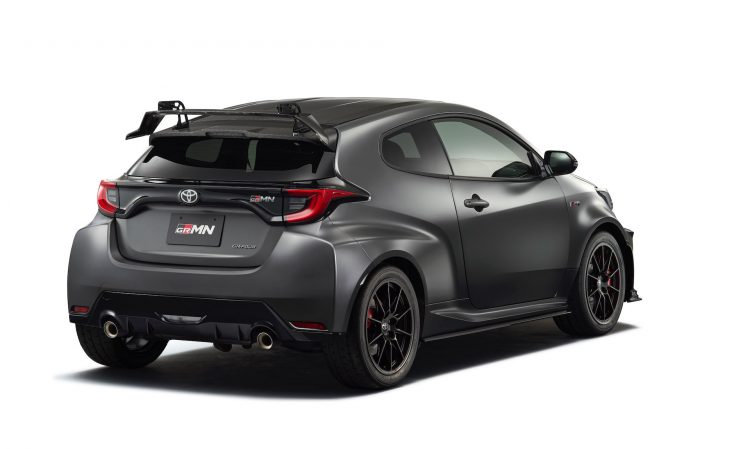 Going with the Rally pack sees special GR shocks used, with short stabiliser links, GR underbody protection, and a GR roll bar inside with a side bar. These parts will be available as a dealer option at time of purchase. 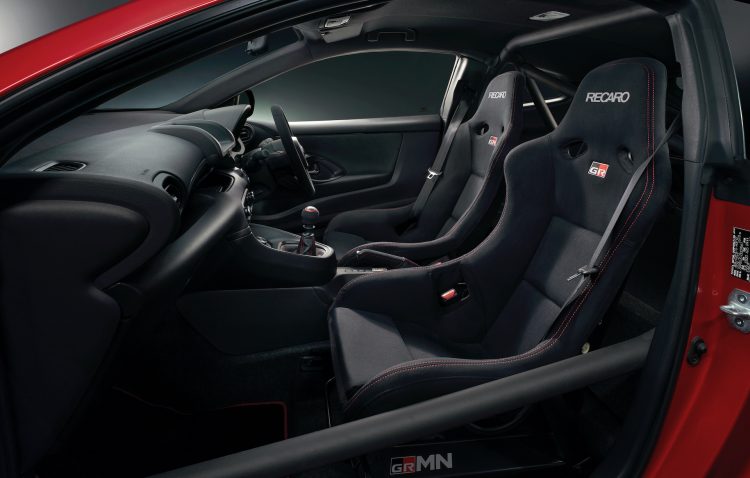 Other highlights for the GRMN Yaris include a mechanical limited-slip differential at the front and rear, weight reduction of about 20kg, and a revised interior with bespoke steering wheel and racing bucket seats (deleted rear seats). Body reinforcements have also been applied to increase rigidity, with spot welds increased by 545, while the transmission features close-ratio gearing with a low final drive. Gazoo Racing says:

“The GR Yaris has evolved into a car that can be driven faster and with more peace of mind, with improved braking force, grip, cornering and following performance based on feedback from professional drivers.” 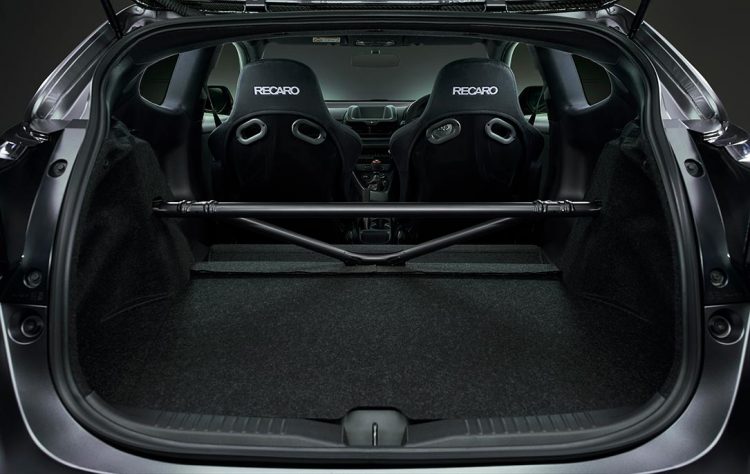 Engine specs remain unchanged over the regular GR Yaris. Power comes from a 1.6-litre turbo three-cylinder that produces 200kW and 390Nm. It is the most powerful three-cylinder mass-production engine in the world. We’ve timed 0-100km/h in a best of 4.80 seconds.

The special edition will go on sale in Japan during the middle of this year, however, units will be sold via a reservation lottery which opens today on the TGR website. Toyota Gazoo Racing says some parts will be made available to existing GR Yaris owners separately later this year, so they can have a taste of the GRMN experience.