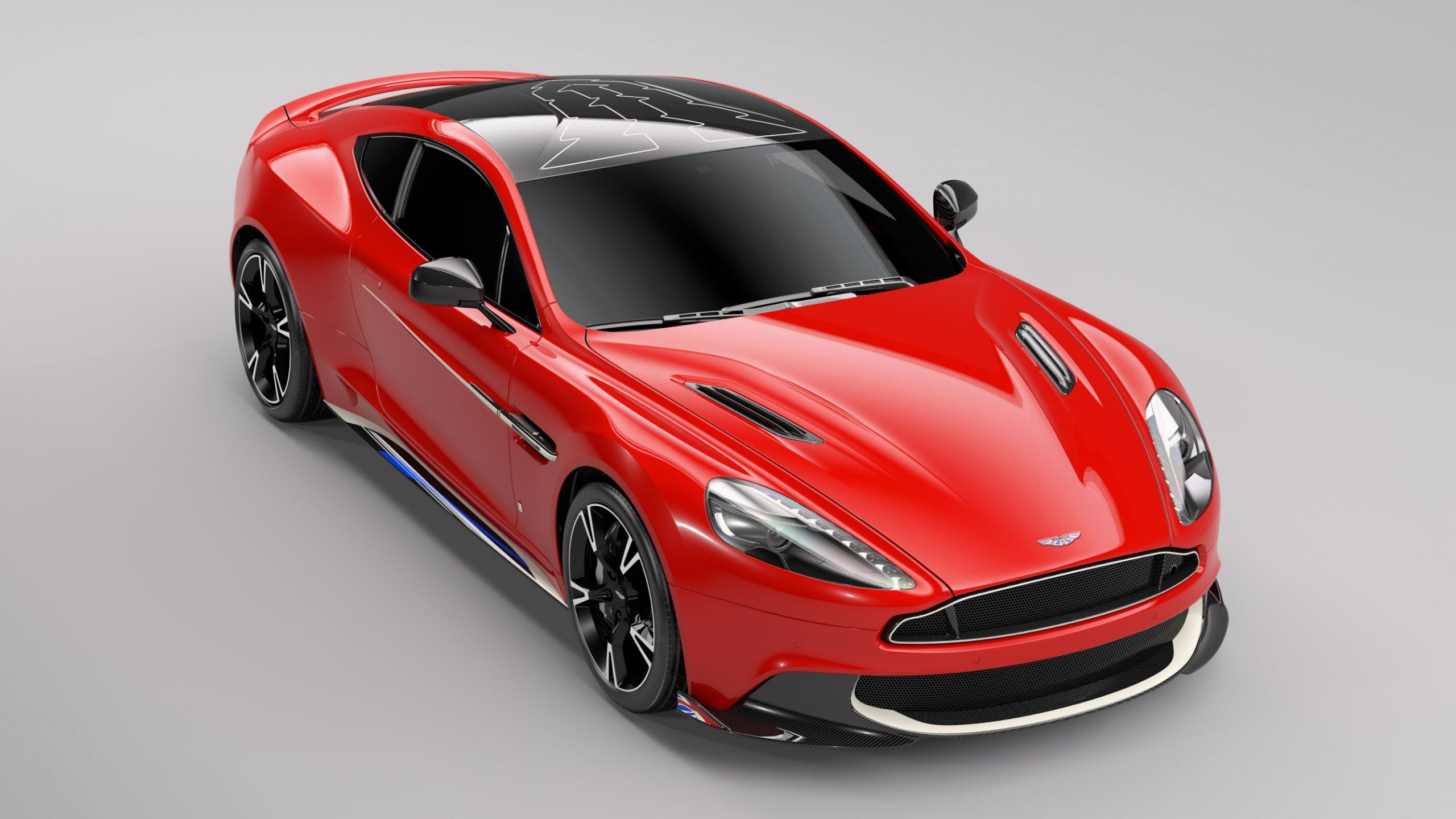 A new Aston Martin special edition has been announced, called the Vanquish S Red Arrows. It demonstrates the possibilities of Aston’s Q division. 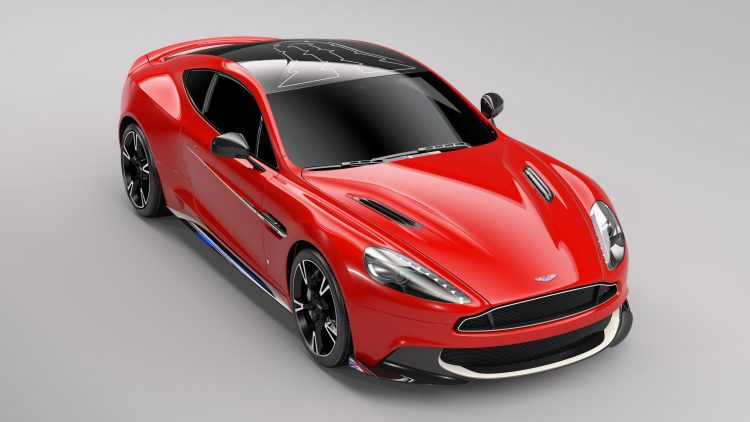 Q by Aston Martin is the in-house division responsible for all customisation options and special requests. The team also produces a strict limited edition a couple of times per year to demonstrate its abilities.

Only 10 of these Vanquish S Red Arrows editions will be made, all inspired by the Royal Air Force’s Red Arrows aerobatic unit. You’ll notice the unique Eclat Red body colour, with white and blue carbon fibre highlights including for the bodykit.

Up on top is a bespoke exposed carbon fibre roof with an inlaid ‘charge’ pattern designed to replicate the canopy of the jet plane. Union Jack enamel wing badges are also featured, along with a titanium exhaust for an extra bit of exotica. 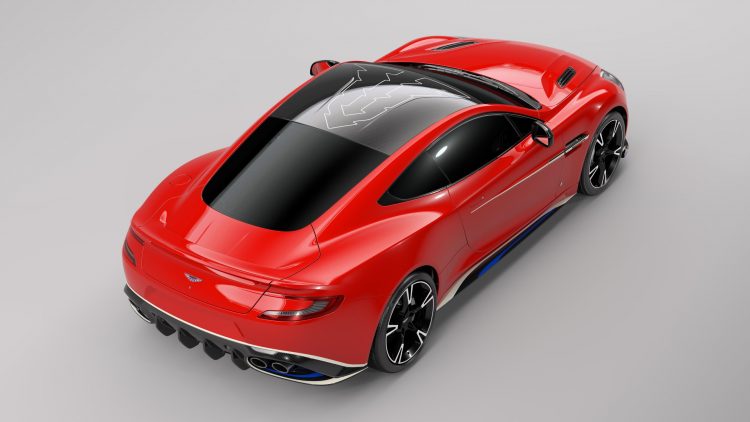 Inside, the Vanquish S Red Arrows comes with a unique steering wheel inspired by the One-11’s steering wheel, with some aviation-inspired rotary dials and switchgear, black/yellow hatched trimmings, with Pinewood green inserts and diamond embroidery work for the upholstery.

Each lucky customer doesn’t just receive the car, they also get an accessories pack than can include a racing helmet, racing suits, bomber jackets, and a special Vanquish S luggage set. There’s also a highly-detailed 1:18 scale model of the car and Hawk aircraft.

Although 10 are being made, Aston is selling just nine. The tenth one is being gifted to the RAF Benevolent Fund, which is a charity set up to support former servicemen and women and their families.