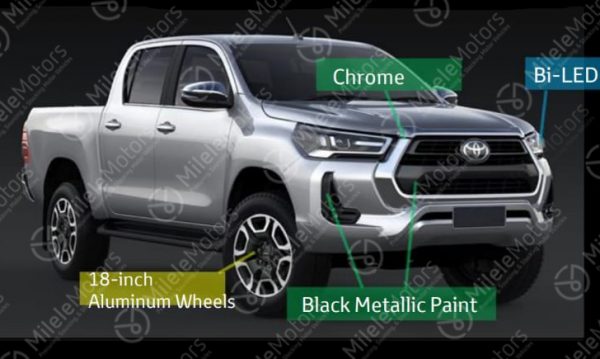 Images purporting to show the 2021 Toyota HiLux facelift have surfaced online, potentially revealing the new-look design and some of the features. 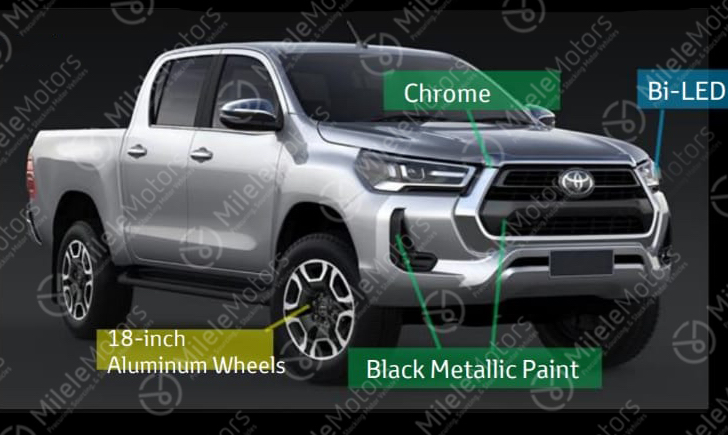 The images were sent to us by Milele Motors, an international exporter of motor vehicles to Africa and Asia. We asked where the images came from and they said they are from an official Toyota brochure for internal marketing.

As reported by PerformanceDrive earlier this month, Toyota has been spotted test driving prototype versions of the 2021 HiLux in Thailand, near where the popular ute is produced. Prototypes were heavily camouflaged but there were some clues to the updated design.

These clues seem to match the details shown in these leaked images, including a reshaped front grille which is larger and more pronounced than the current setup, while also supported by a thick surround. There’s also new corner clusters, featured in black metallic and grey metallic on these examples, and a rugged bash-plate-style under guard lower down. 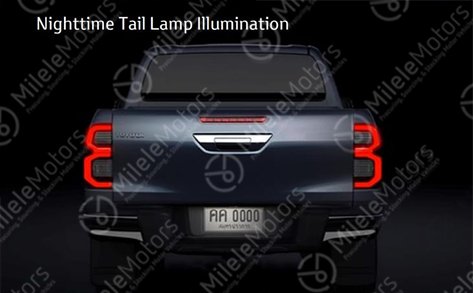 Looking closer and it seems Toyota is going to introduce some new LED headlights for some variants as expected, with LED indicators, while some new-look 17-inch alloy wheels are also in store for the “low grade” model and 18-inch for the “high grade” model. The 18s look similar in design to those featured on the current RAV4 Edge.

Around at the back these images show fresh LED taillights which are arranged in a bulky and rugged hexagonal layout, a bit like a side-turned M, with what looks to be a revised tailgate and chrome handle. The bumper bar is difficult to see but it may also incorporate some mild contour revisions. 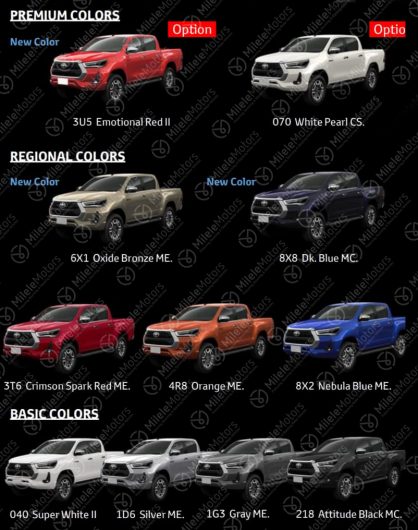 No hard facts have been revealed with the images, unfortunately. And yes, you’d expect a brochure to outline any changes to the powertrain. As far as we know Toyota is set to introduce some mild updates to the 2.8-litre turbo-diesel, with changes expected for the diesel particulate filter and the power and torque outputs.

The updated engine is also rumoured to find use in the upcoming 300 Series LandCruiser, at least in some markets and in entry level form.

Toyota will apparently unveil the new model in July, however, we’d anticipate an online debut some time beforehand. We’ll keep you updated in any case.