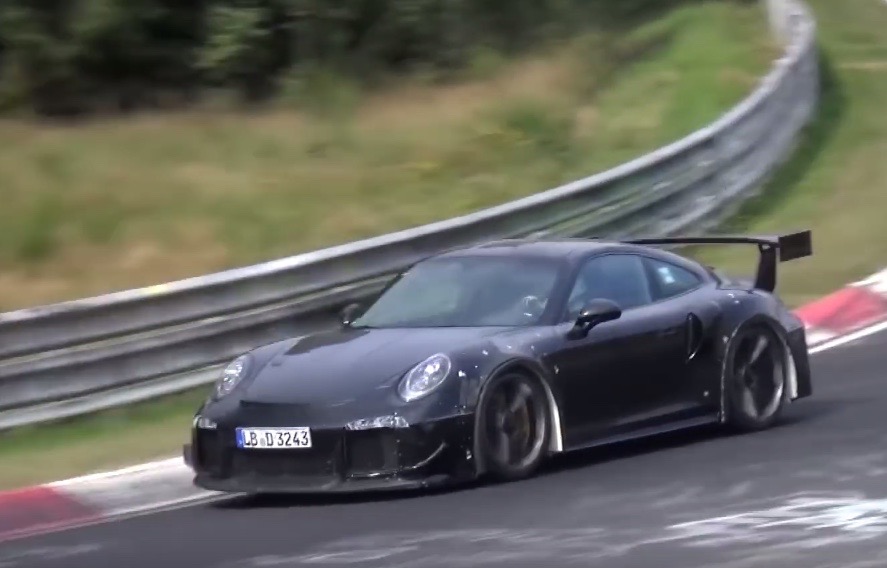 Porsche is in the process of testing two ultra hardcore, racing-derived 911s, including the new GT3 RS and also the GT2 that is set to be the most powerful and quickest of the 991 series before it is sired at the end of the decade. 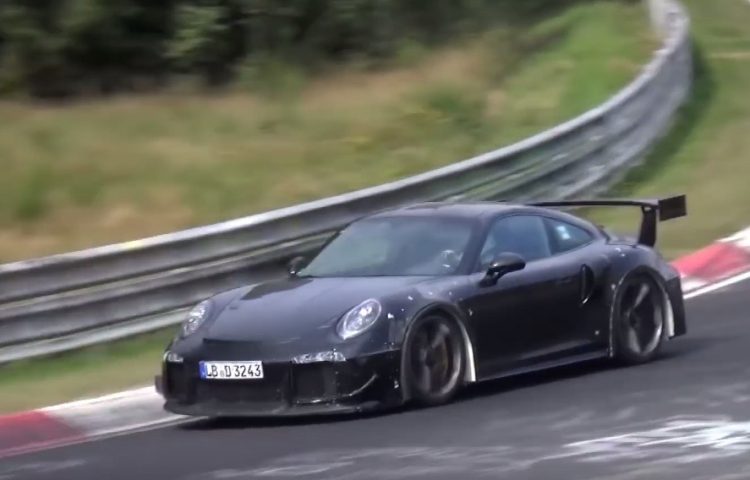 Compared with the GT3 RS prototype we showed earlier, this GT2 has four cooling vents on the leading edge, a wider bodykit with more downforce, two vents in the bonnet and an even larger rear wing.

Typically the GT2 signifies the end of a 911 generation, and has sometimes been referred to as the ‘widow-maker’ on account of having more power than a 911 Turbo channelled to two wheels. It is a car that requires concentration and is homologated for the GT2 racing series.

The previous 997 GT2 RS made a ferocious 456kW, with the next version said to be good for around 484kW. Apparently the new car will be gunning for a 7:05 Nurburgring lap time.

In Porsche’s pursuit of speed and racetrack precision, the PDK dual-clutch is set to be the only cogswapper on offer, leaving the three pedal option to the base GT3. The GT2 could debut in the late part of 2017 or early next year. Check out the video below for a preview.