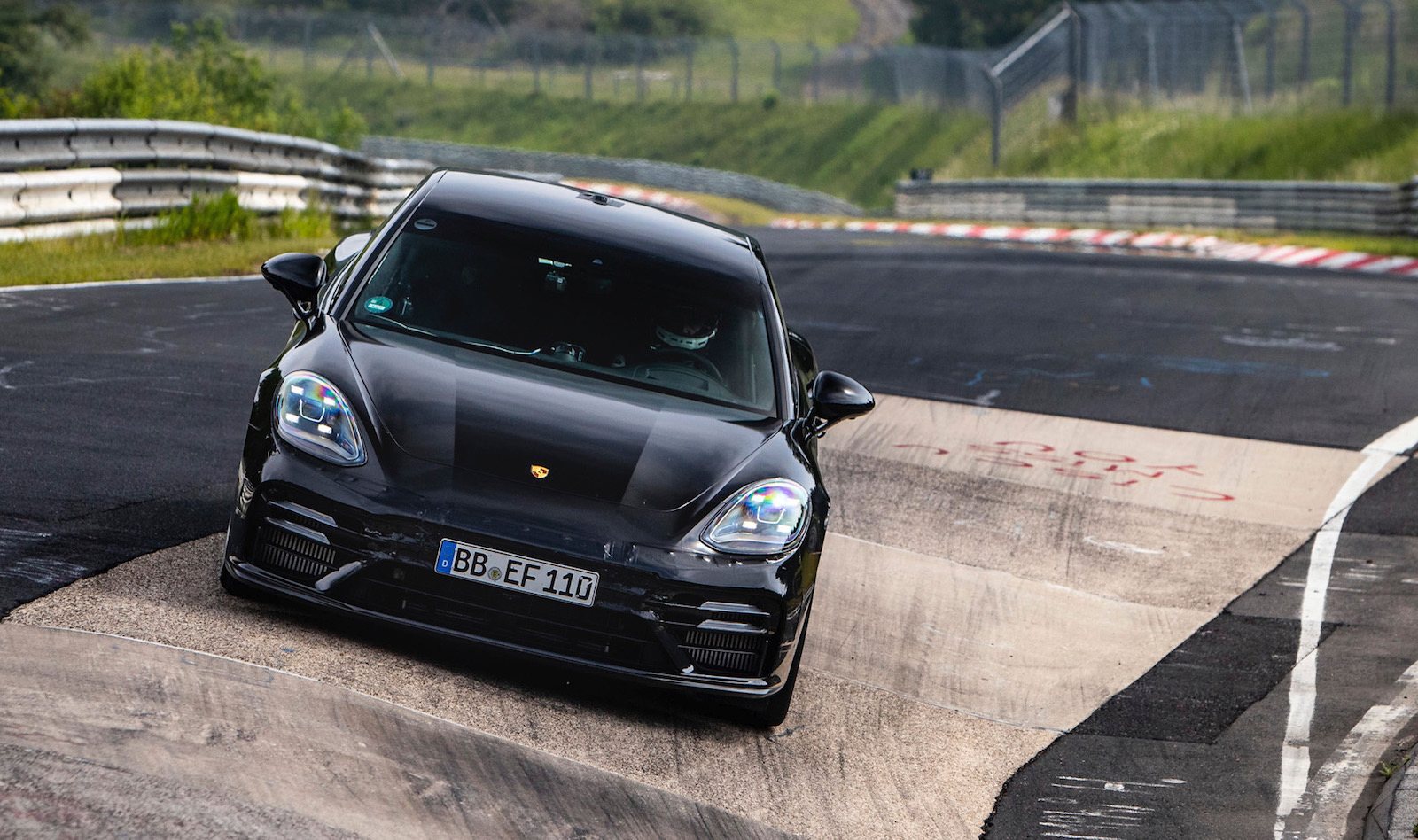 Porsche has done it. With the upcoming 2021 Panamera, it has set a new lap record as the fastest executive-class production car to ever lap the Nurburgring. And it’s about time to be honest. It should own every Nurburgring record there is for its key vehicle segments. 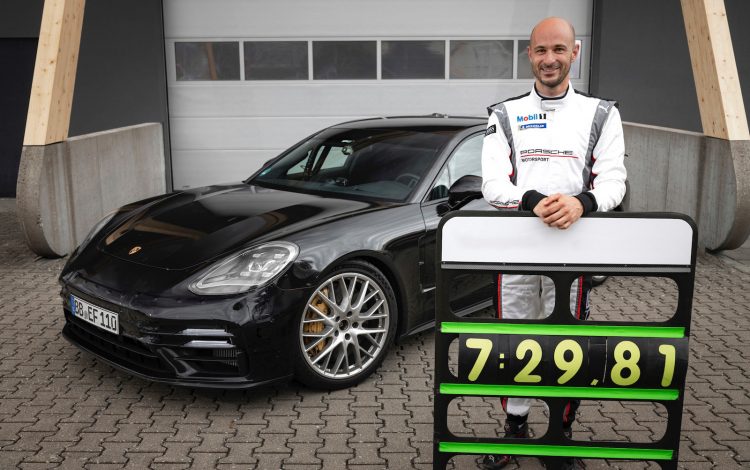 Test driver and racing car driver Lars Kern took a lightly camouflaged version of the upcoming 2021 Panamera around the iconic German circuit in just 7:29.81. According to the official rankings of Nurburgring GmbH, this is the quickest time of any series production “executive car” ever.

What is an executive class car? Well, in Australia, according to the Federal Chamber of Automotive Industries, the Panamera sits in the “Upper Large above $100,000” vehicle class. It competes with the likes of the Audi A8, BMW 7 Series, and Mercedes-Benz S-Class. 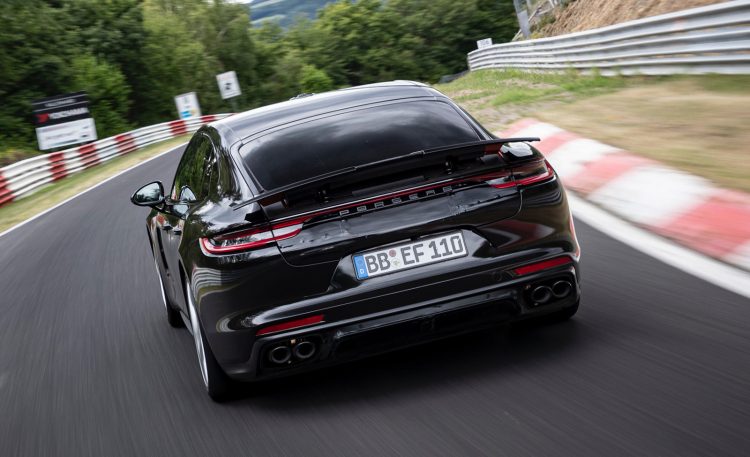 So, in essence, the upcoming Panamera is the quickest limousine to ever lap the circuit. It just misses out on the outright production sedan lap record too, which is currently in the hands of that epic Jaguar XE SV Project 8. That did a lap in 7:18.361 last year.

Porsche hasn’t really outlined what variant of the Panamera did the record lap, but simply says the car was a “slightly camouflaged series production car”. However, the company says it is the “new model” which will bring in various enhancements when it hits showrooms soon. We’re guessing it’s the Turbo, judging by the rear wing, quad exhausts, and big brakes. 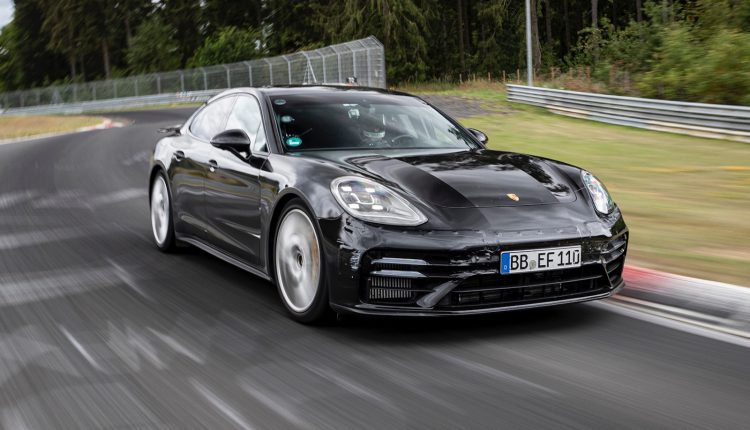 Specific to the new model, the engine power is increased, Porsche says, and improvements have been applied to areas to enhance cornering stability, body control and steering precision. Again, it’d be nice to know what variant we’re talking about here. The GTS, the Turbo, a new Turbo S? In a statement, Porsche said the lap time is 13 seconds faster than the 2016 Panamera Turbo.

The outside temperature was 22 degrees Celsius, with track temperature at 34 degrees. Only a racing bucket seat and a safety cage were fitted to the otherwise standard production-spec vehicle. These items were only installed for the safety of the driver. 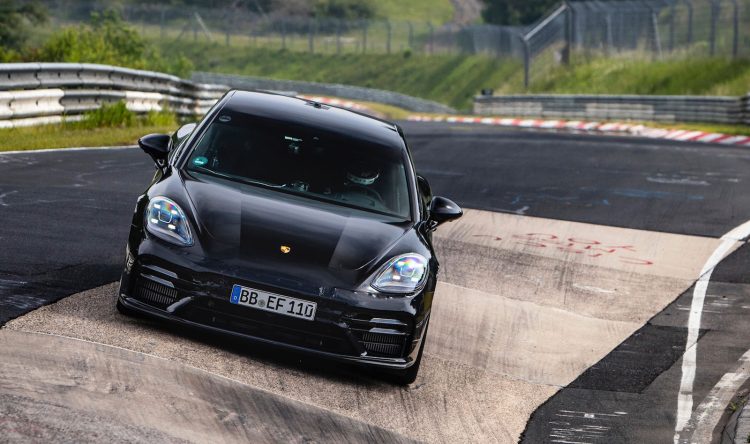 The car was also using Michelin Pilot Sport Cup 2 tyres, which will be available as an option for buyers of the new Panamera. Thomas Friemuth, vice president of product line for Panamera, said:

“The Panamera has always been both an exclusive touring saloon and a true sports car at the same time. In the new model, we have enhanced these even more. Alongside the increased engine power, improvements have been made in the areas of cornering stability, body control and steering precision. These enhancements benefit both everyday comfort and performance. The lap record is impressive proof of this.”

Porsche says the new model will be unveiled later in August. Check out the video below for some of the highlights of the blistering lap.