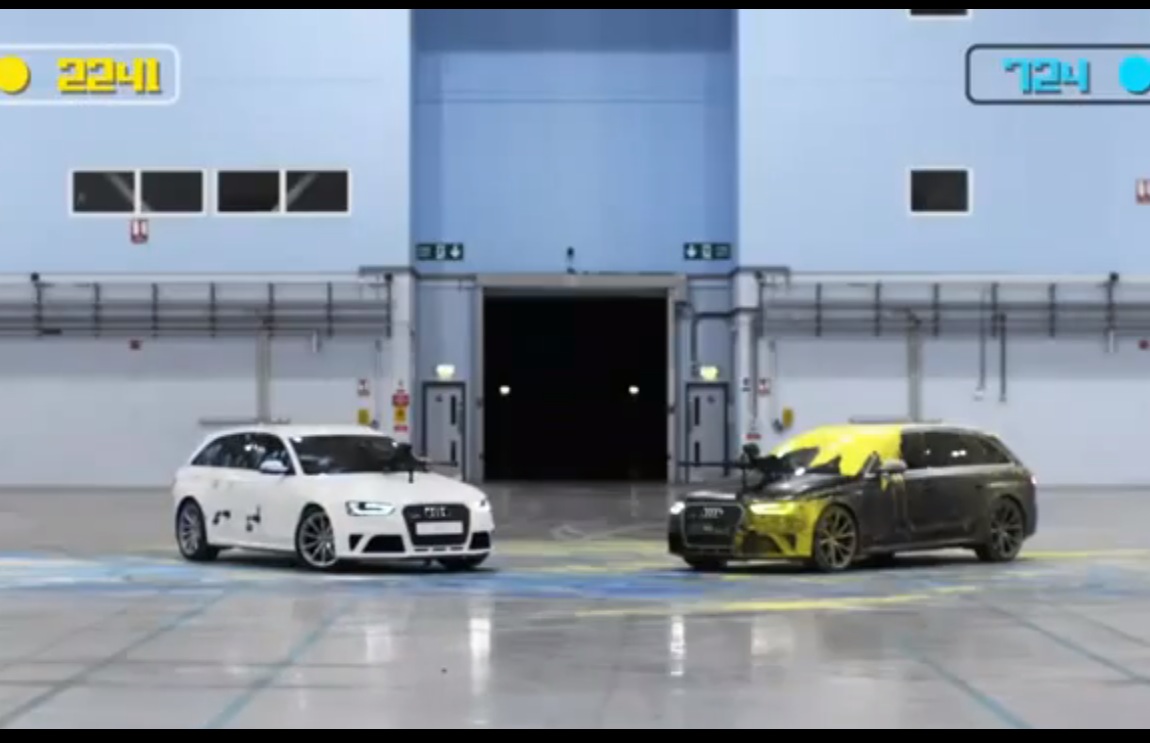 A pair of Audi RS 4 Avants fitted with big paintball guns were recently used as part of a new promotional video. You can guess what happens next. The two battle it out in an empty warehouse, which has been specially set up with blocks and hiding spots.

As for the cars, the RS 4 Avant is powered by a 4.2-litre naturally aspirated V8 producing 331kW and 430Nm. It’s connected up to a dual-clutch auto transmission with all-wheel drive (click here for our review).