An Aston Martin has been spotted on a transport truck wearing a Vanquish badge on the boot. It is believed the car is the new DBS that everyone has been talking about. 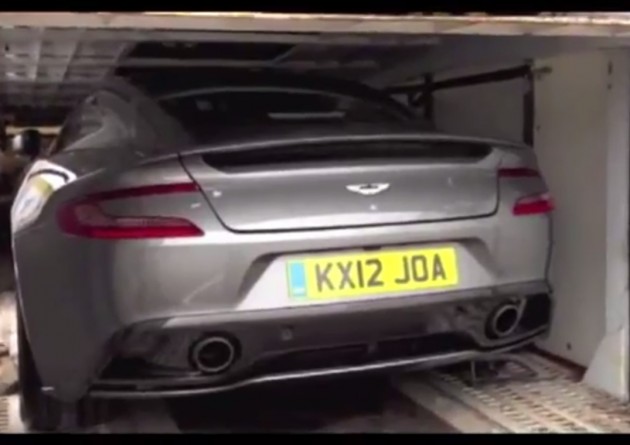 This footage taken by CAR magazine in the UK could provide evidence that a new Vanquish is on the way. It is believed the new model, also thought to be the new DBS, will be inspired by the Aston Martin AM310 concept that was first shown at the Concorso d’Eleganza in Italy last week. It features similar lines and contours around the boot lid, and similar slimline taillights.

Aston Martin first introduced the Vanquish in 2001. It was based on the DB9, only it featured much higher performance mechanical highlights, and a more muscular body. It was produced until 2007. Will Aston reintroduce the name?

Click play on the video below to take a peek. Feel free to give us your thoughts on what you make of the design/badge.