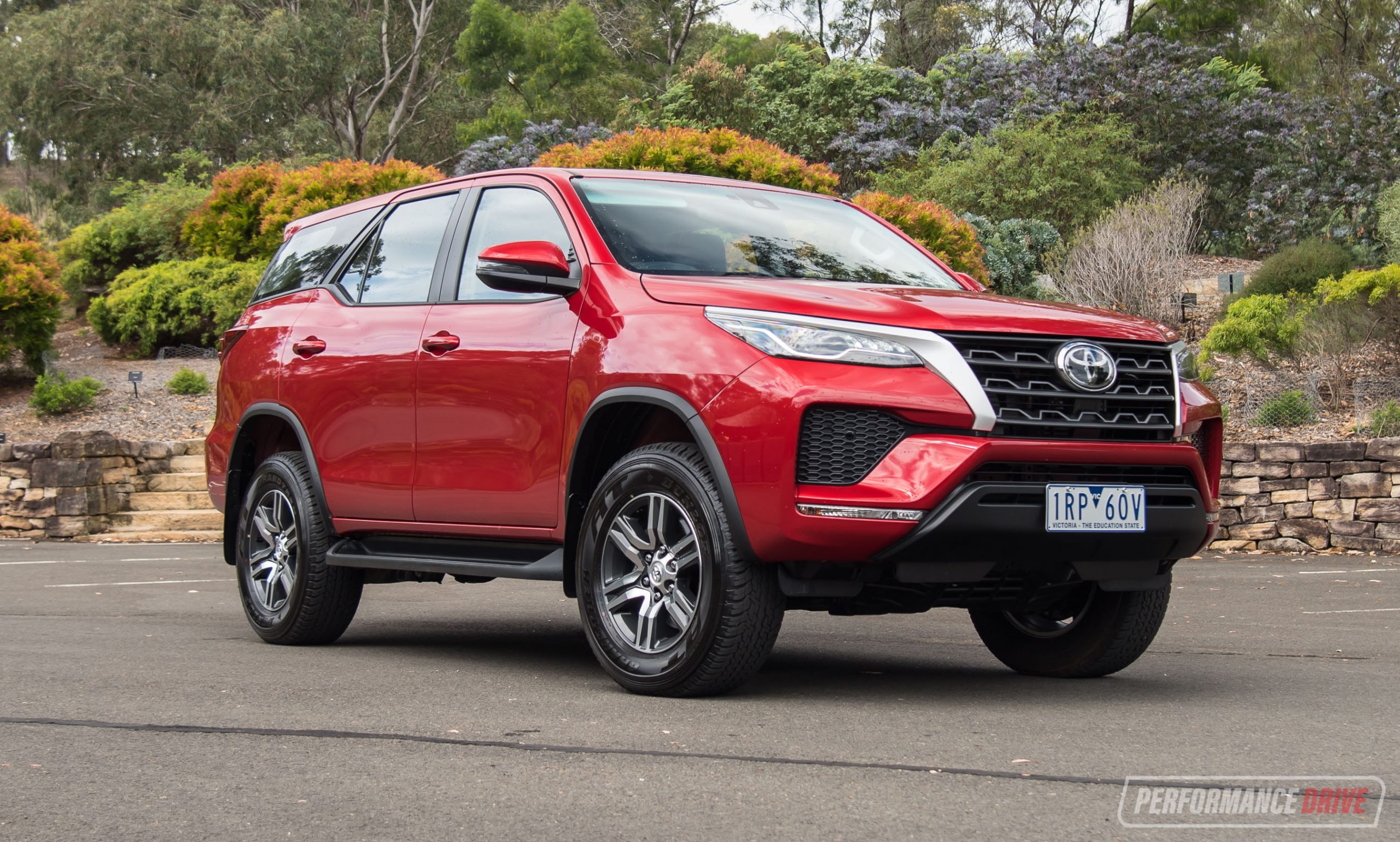 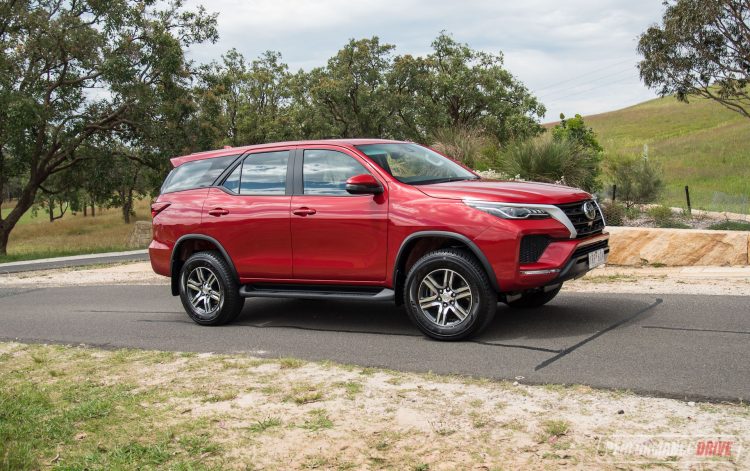 It gets the retuned turbo-diesel engine, bringing more power and torque (from 130kW/450Nm to 150kW/500Nm) and a decent reduction in fuel consumption, while various bits and pieces around the interior and exterior are revised to keep up with the ever-evolving market.

Prices have climbed from the outgoing model, although some justification can be found in the increased tech and equipment upgrades. The range now opens with the GX, as tested here, starting from $49,080 (up from $45,965), topping out with the Crusade from $61,410 (up from $58,290). 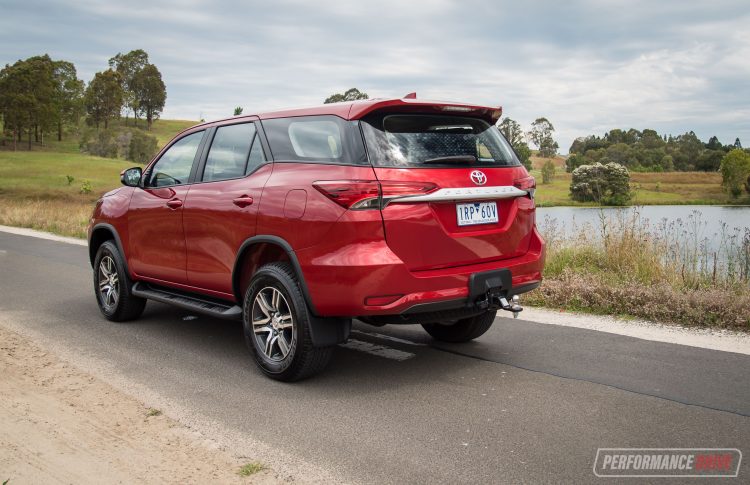 Just three variants are on sale in Australia, spanning from the GX, GXL, and Crusade. There is no more manual option, and all feature a part-time four-wheel drive system with an electronic locking rear differential as standard.

Passengers are greeted with a new 8.0-inch touch-screen media interface inside, fitted as standard. Not only is it one inch larger than before, it now includes the more convenient physical volume and tuning knobs as opposed to the fiddly plus/minus button setup. Android Auto and Apple CarPlay are now supported as well. 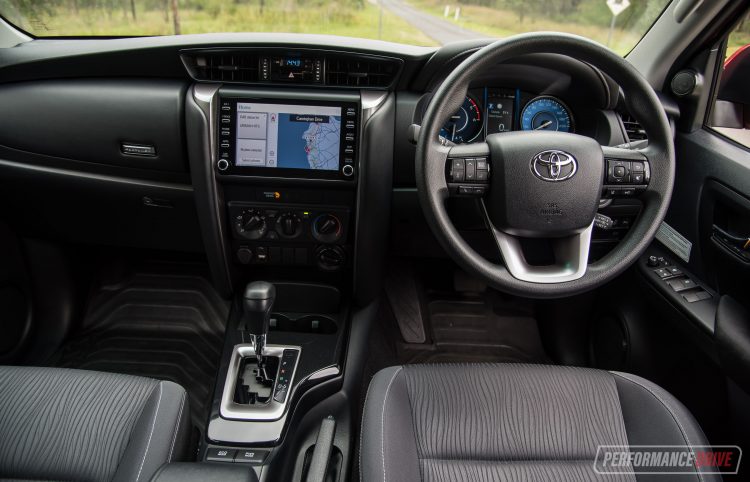 Despite being the base model, the GX does come impressively packaged, and even features a number of creature comforts that we’d usually only expect on upper models. For example, all three rows of seats get their own climate vents. These are seamlessly integrated into the ceiling. Although there is no temperature control for the back – not that we really expect it on a GX – there is fan speed control from the second row.

You couldn’t possibly need any more legroom from the second row. It feels like a lot more room than what’s offered in the platform-sharing HiLux. The second row rides on a fold-and-slide mechanism, with a 60:40 split-fold layout. There are no USB charging ports in the back, but there is a 12V socket for the second and third row (behind the seat, on the boot wall). 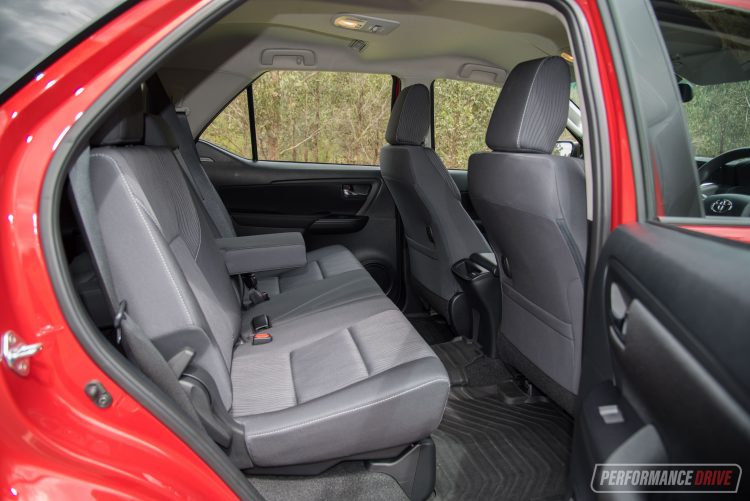 In the front, the environment feels open and airy, with a nice big centre console box for storage, and dual glove compartments to secure sensitive items. There’s also dual cup holders at the front of the console, and then two more pop-out ones from the dash, and bottle holders in the doors. Thirsty, much?

Boot space is rated at 200 litres in the seven-seat configuration. That’s not bad. Our main gripe with the boot area is that the third row doesn’t fold flat into the floor. Instead, it needs to be flipped up and secured manually with a strap, hanging from the boot wall. Obviously off-road credentials and underbody clearance are prioritised here, along with room for the underbody-mounted full-size spare wheel.

Grand touring capability is improved thanks to an increased braked towing capacity, growing from 2800kg to 3100kg. The unbraked capacity remains at 750kg. Ground clearance remains at 216mm, although it seems more than that, but the approach angle drops from 30 degrees to 29 due to the restyled front bumper bar. The 25-degree departure angle and 23.5-degree break-over angle are unchanged. 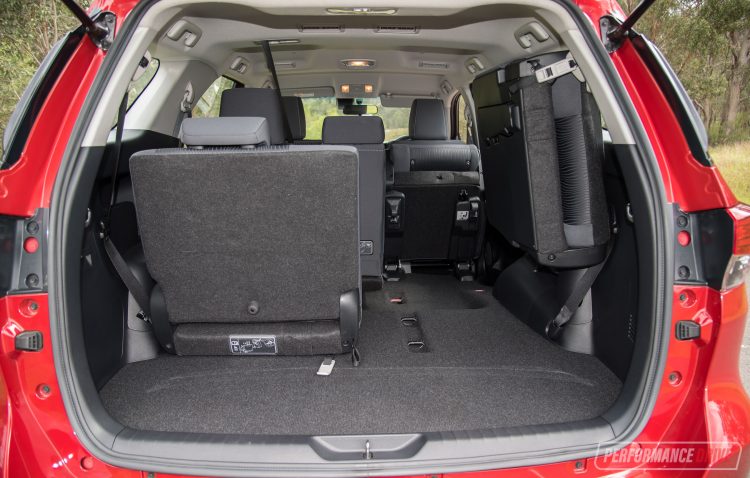 Firstly, yes, you can feel the difference in power and torque from this updated engine. This is particularly beneficial during overtaking. Before, you’d floor the throttle and the powertrain would kind of sit in a deadzone for a while and gradually build speed. Now, there is a definite shove. Nothing exciting, but a shove nonetheless.

What’s involved? Well, the same fundamental 2.8-litre four-cylinder unit carries across, but it’s given a new water-cooled ball-bearing turbocharger. It features a new variable nozzle vane mechanism as well, while the engine is given a beefed up cooling system. During our test we drove from Sydney, up the M1 highway to Forster, on a 33-34-degree weekend. This stretch includes many long, uphill climbs, and is a notorious area for causing overheating. 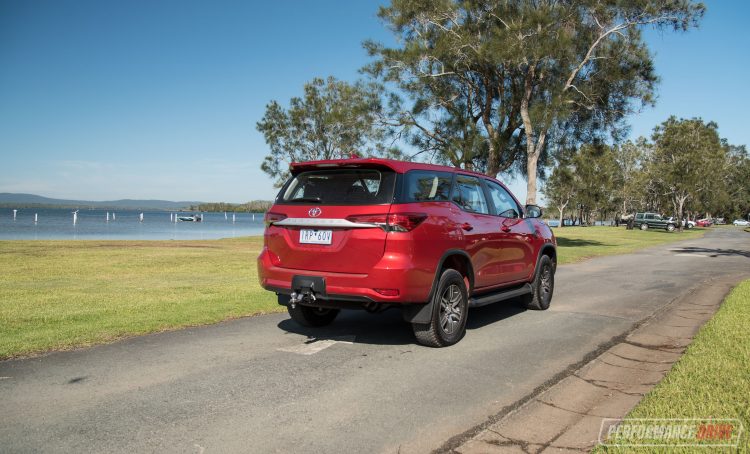 We watched the temperature gauge in this and it didn’t budge. You’d probably expect that on any new vehicle, however, a few years ago this is the same area where we suffered a breakdown in a Land Rover Discovery. It is a pretty serious torture test for vehicles on a very hot day. Overtaking performance did suffer a fraction, understandably.

Across the usual 0-100km/h sprint we clocked a best of 9.80 seconds (on a day at around 26 degrees). That’s a huge improvement on the 11.38-second time we saw from the 2018 Crusade auto, and the 12.49-second time we saw in the 2016 GX auto. In saying that, 9.80 seconds isn’t especially praiseworthy compared to most crossover-style SUVs in this seven-seat market segment, but it shapes up well against the heavy-duty ute-based rivals. 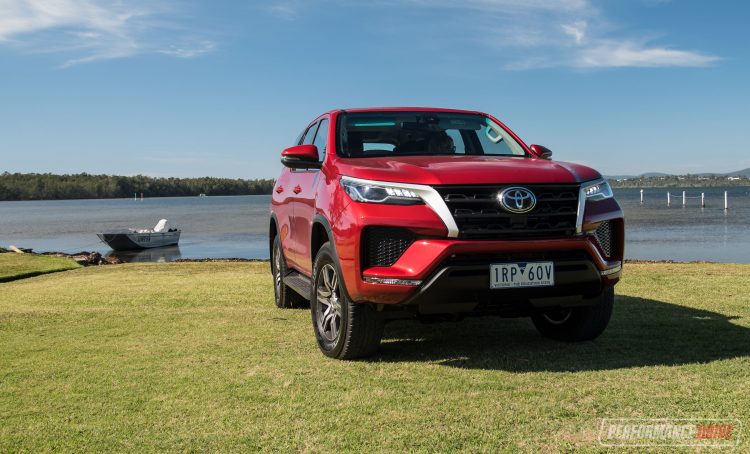 The Fortuner continues to use coil spring suspension all round, unlike the HiLux which features leaf springs on the back. Even so, the ride is a touch jiggly when travelling at slower speeds over corrugations and sharp bumps. Across bigger bumps and dips, the ride quality is compliant and comfortable. On a typical Aussie country road, it feels stable and predictable, yet it has that distinct truck-like confidence we’ve come to admire in these heavy duty off-roaders.

In town the Fortuner provides good visibility, so it is fairly simple to park and thread through tight conditions. You just have to be mindful of its 4795mm length. Toyota has updated the steering system to further improve practicality and versatility, bringing in a new variable-flow pump that aims to provide more assistance at low speeds, and a more direct feel at motorway speeds.

Across our trip we returned an average fuel economy of 9.5L/100km, with luggage. Considering it was a hot week, we think any prospective buyer should expect a slightly lower real-world figure. Our week of driving also included performance testing. On paper the revised engine has seen the official consumption average drop from 8.6L/100km to 7.6L/100km. That’s awesome given there’s more power and torque on hand. 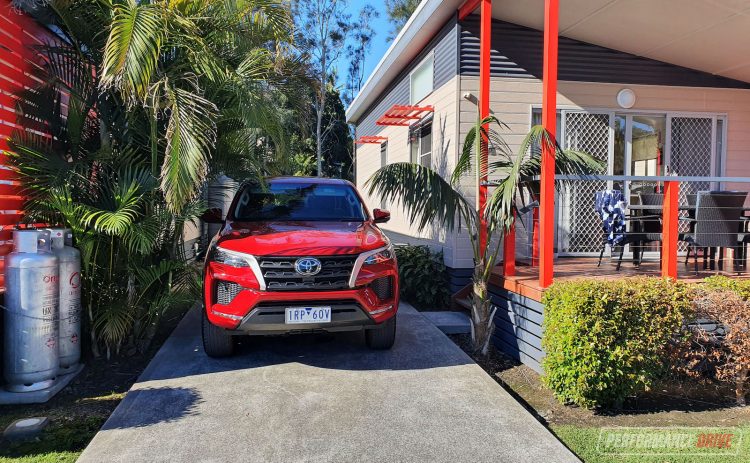 The Toyota Fortuner is a safe and sound option in this seven-seat SUV market segment. It is more heavy-duty than the comfort-focused crossover-style competitors, but the new engine and touch-screen really boost the overall appeal for those after a proper, family-friendly off-roader.