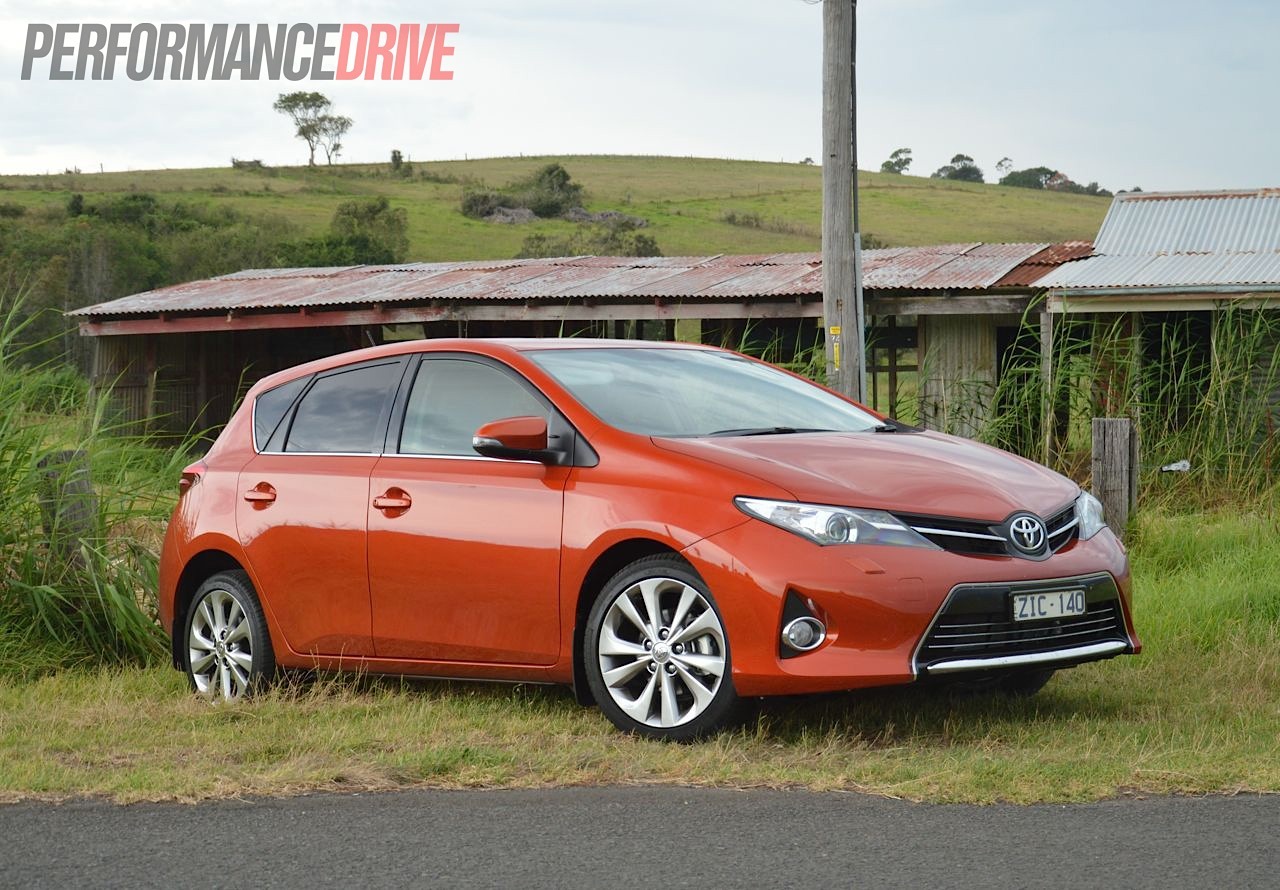 The world’s most popular small car is about to become a whole lot more popular. Toyota has just reinvented its unbeatable Corolla hatch with improvements in every aspect important in a small car. So how does the sporty 2013 Toyota Corolla Levin ZR shape up? 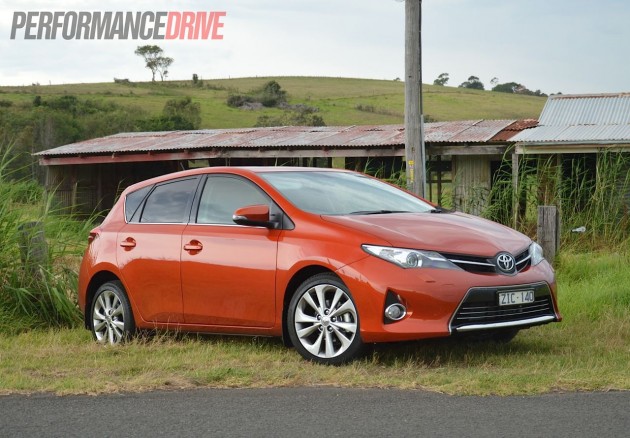 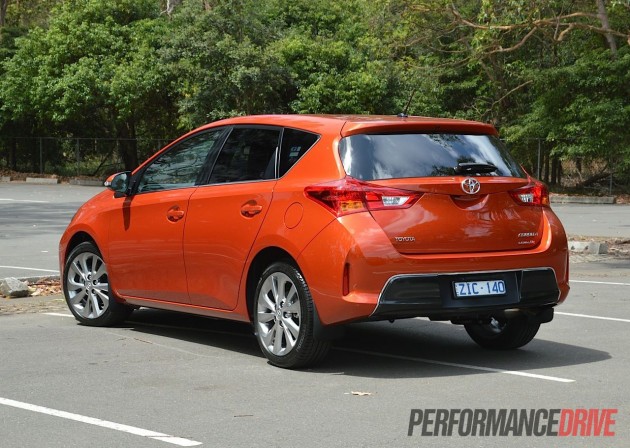 Since its inauguration in the 1960s, the Toyota Corolla has always been the safe bet when it comes to quality, reliability and no fuss motoring. Unchanged in that regard, it now also has zing and lower pricing. What more could you want in a small car?

Toyota has revamped the 11th generation Corolla hatch from the ground up, improving its dynamics, looks and engine. Interestingly, the current shape Corolla sedan will continue its long life to appeal to the more conservative buyers.

Hatch offerings start with the Ascent, Ascent Sport, Levin SX, to the range-topping Levin ZR (as tested here). With the lowest cut-throat starting price on the small car market of $19,990 for the Ascent, the new generation is already selling like hot cakes. During its first month on sale in November, it was number one in the country, with Toyota selling 4190 examples.

The Levin ZR comes with the same engine as all other variants in the range, and falls short of being a truly sports oriented model, like the Volkswagen Golf GTI or Ford Focus ST for instance, both offering outputs exceeding 150kW. With the success of said cars, there is definitely a worthwhile market there for Toyota to offer the same, aside from the similarly priced Toyota 86.

Instead, the Levin ZR makes do with a 1.8-litre naturally aspirated four-cylinder producing 103kW of power and 173Nm of torque. It can be matched up with either a six-speed manual (as tested) or a new seven-speed auto. 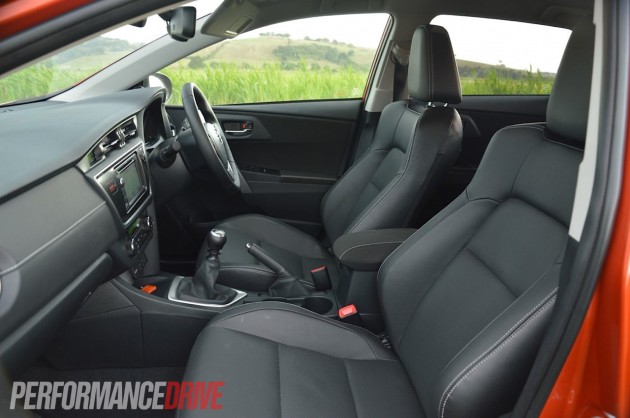 No matter what variant/price point you’re going for, all new Corollas are extensively equipped, with standard features like a six-speaker audio system, cruise control, Bluetooth connectivity, and air-conditioning part of the list. 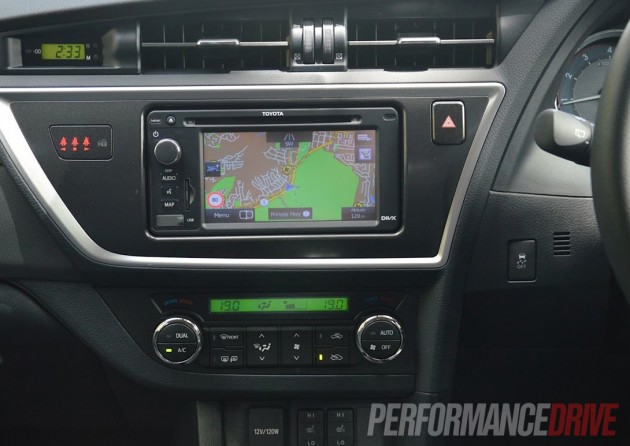 The sound system with Bluetooth and USB input, sat-nav, and the reversing camera all work well with clear resolution through a 6.1-inch control screen. The unit has become a bit of a universal fitment on Toyota vehicles and can be found in many other models.

Quality sound is produced with crisp bass, but, we feel the touch screen is too fiddley to operate while driving. Pressing a small button while moving and going over a bump can easily cause an incorrect button to be pushed, playing havoc with your concentration on the road, and your patience.

The Corolla does a class leading job at accommodating passengers inside. Seating is comfortable for all, with stylish designs giving the new cabin a modern and energetic feel. The interior space is greater than the old model too, which obviously helps to provide an airier ambiance. 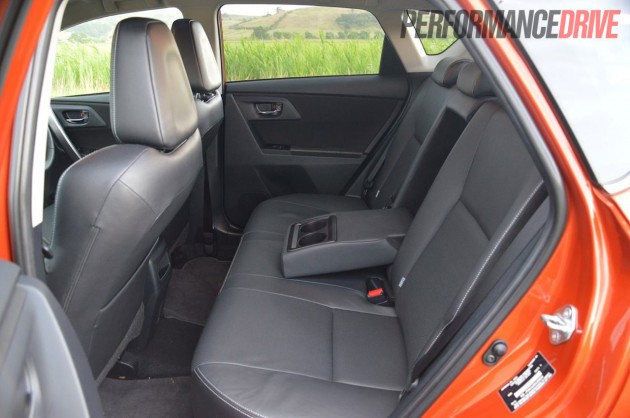 Fit and finish is great, with soft-touch dash plastics and no rattles. Road noise is whisper quiet, but not to block out the willing engine yelling when you open the throttle (it still sounds like the Aussie built 90s Corollas in our opinion).

The front seats aren’t overly deep buckets or any such fitment, they are more luxurious and conservative than that. They are very well suited to long journeys and stop-start-style driving where you are jumping in and out a lot of the time. They do provide reasonable side support for when you do feel like wrestling with some bends though.

Rear seat space is good and about on par with other hatches in this segment. Headroom is also more than satisfactory in the front and back.

One area that has taken a step back with the new model is boot space. There’s now only 280 litres on offer, which is down from 290 litres from previous models. However, the space can be expanded to 1120 litres by putting the rear seats down, if you really need more space. 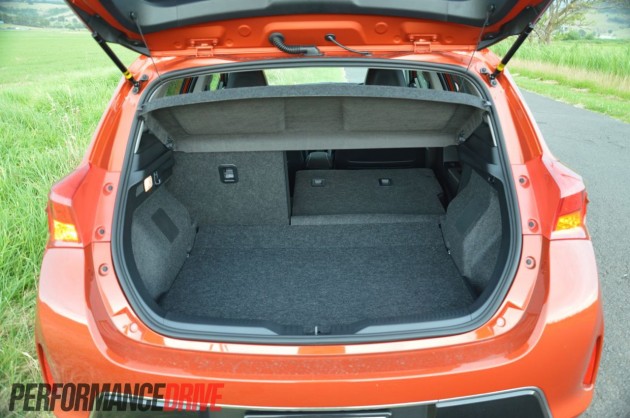 Upon first glance, you wouldn’t think it was a Corolla hatch; no design cues have been used from the model it replaces. The front end is sharper and narrower, and the more aggressive looking rear waistline has been raised – all providing very European and chic looks.

The Levin ZR boosts the Corolla’s attractiveness with the help of a neat bodykit, two-tone highlights in dark grey with some chrome trimmings, and a set of 17-inch alloy wheels. 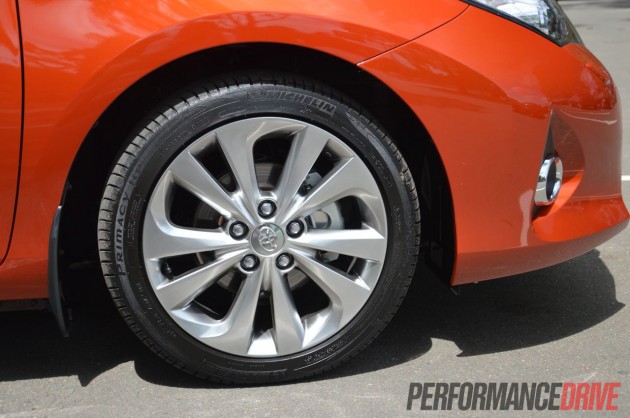 In terms of safety, every new Corolla variant comes with seven airbags, vehicle stability control, traction control, anti-skid brakes, a seatbelt warning alarm for all five seats, and a five-star ANCAP safety rating. A reverse camera is standard on all variants except the entry-level Ascent.

The ZR is undoubtedly a reflection of the revitalised Corolla car. On the road, aerodynamic improvements, weight management enhancements and chassis tuning are noticeable, and have contributed to better handling dynamics and lower fuel consumption.

The car feels more stable at high speeds as well as graceful in cornering agility. Even though European rivals ditch the somewhat old-fashioned torsion beam suspension setups at the back, often using more complex multilink arrangements, the new Corolla’s road manners are impressive, even with a torsion-beam rear.

It really has a sporty feel if you want to get around corners fast, and it has no problem in doing so. We are surprised to say it genuinely is now a fun car to drive. 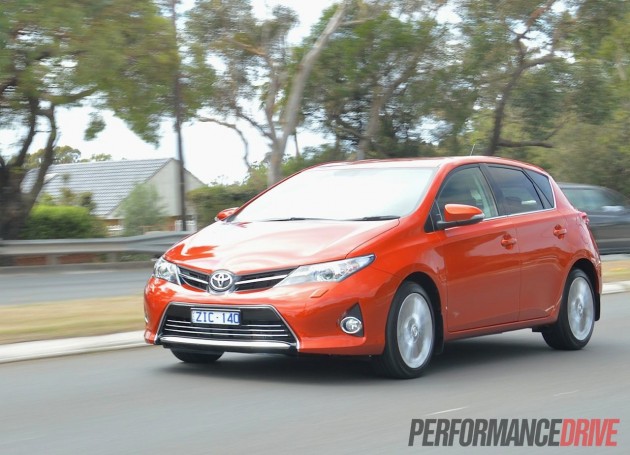 Winding the engine out, it might not sound like the best four-cylinder you’ve ever heard, but it is eager to rev and it does have a tendency to encourage you to do so, simply for fun. Yep, we’re still talking about a mainstream Toyota here.

As you can see in the video above, 0-100km/h comes up in a reasonable 8.8 seconds. It’s not a bad time considering the engine produces 103kW. Of course, it is a far cry from other sporty hatches in this segment.

We found the suspension and brakes are well up to the task of fairly brisk performance driving. The brakes are a clear standout, capable of managing repeated onslaught, with discs front and rear. 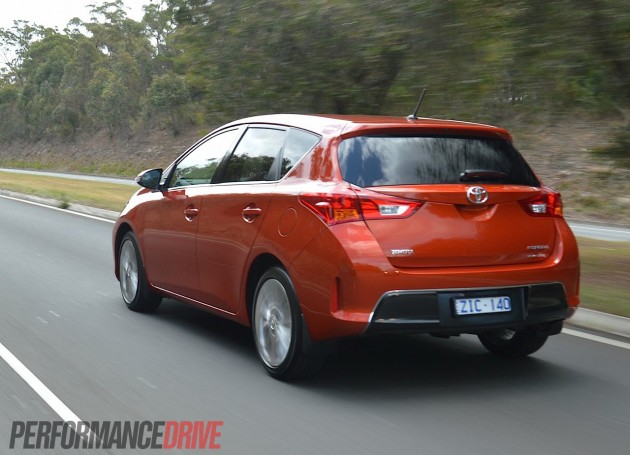 The engine may only produce three more kilowatts than the old model, however, the unit’s Co2 emissions have been reduced and fuel economy is improved. Official figures are 7.1L/100km for the average, although, we achieved 7.3L/100km in combined driving conditions. This, we feel, is a very good real world figure.

The engine makes for a fun, zippy, sporty and lively experience, with much assistance coming from a high ratio six-speed manual transmission. This, paired with a high final drive ratio of 4.56:1, compared with 4.3:1 on your common Mazda3 Maxx, means it revs at 3000rpm at 100km/h. This may hinder a low fuel economy reading usually expected during highway driving. 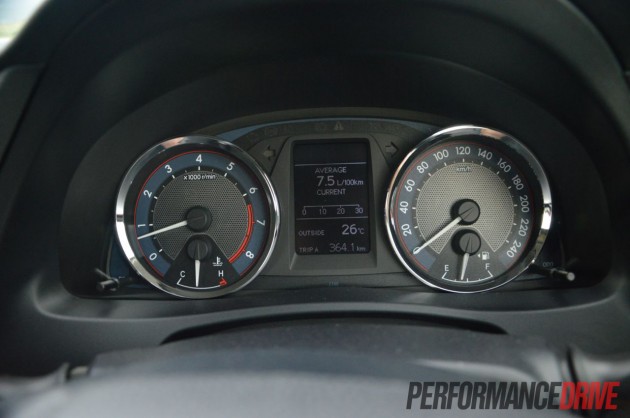 Sure, the ZR is underpowered compared to offerings from the competition, but it doesn’t stop this engine from being a fine unit to be used in the lower spec models. Also, the engine doesn’t feel like it lacks in power to any sort of vast extent, and it certainly doesn’t stop the ZR from being a fun car to drive; it simply shoots short of the rivals.

This fine little automotive trademark has surprised us all. When deciding on a car to purchase, and when the Toyota Corolla is one of your options, it’s worth bearing in mind how renowned these vehicles are for reliability, how high their resale values are, how low their running costs are, and how well-built they are.

Now, the sleeker looks and lively handling and engine combination are wholeheartedly refreshed and scream ready for action. Top that off with touring economy and the most frugal pricing on offer, Toyota has finally reminded us why it is the world’s most popular car. 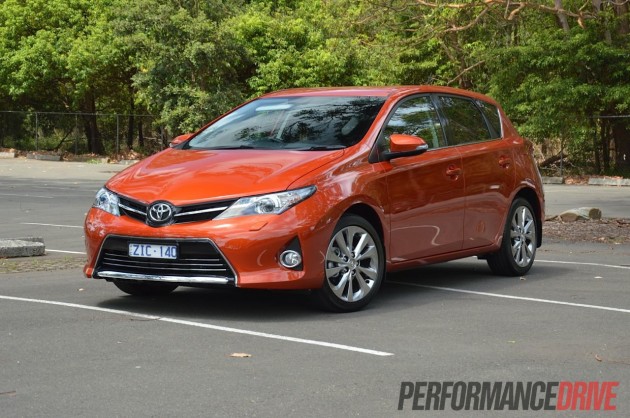