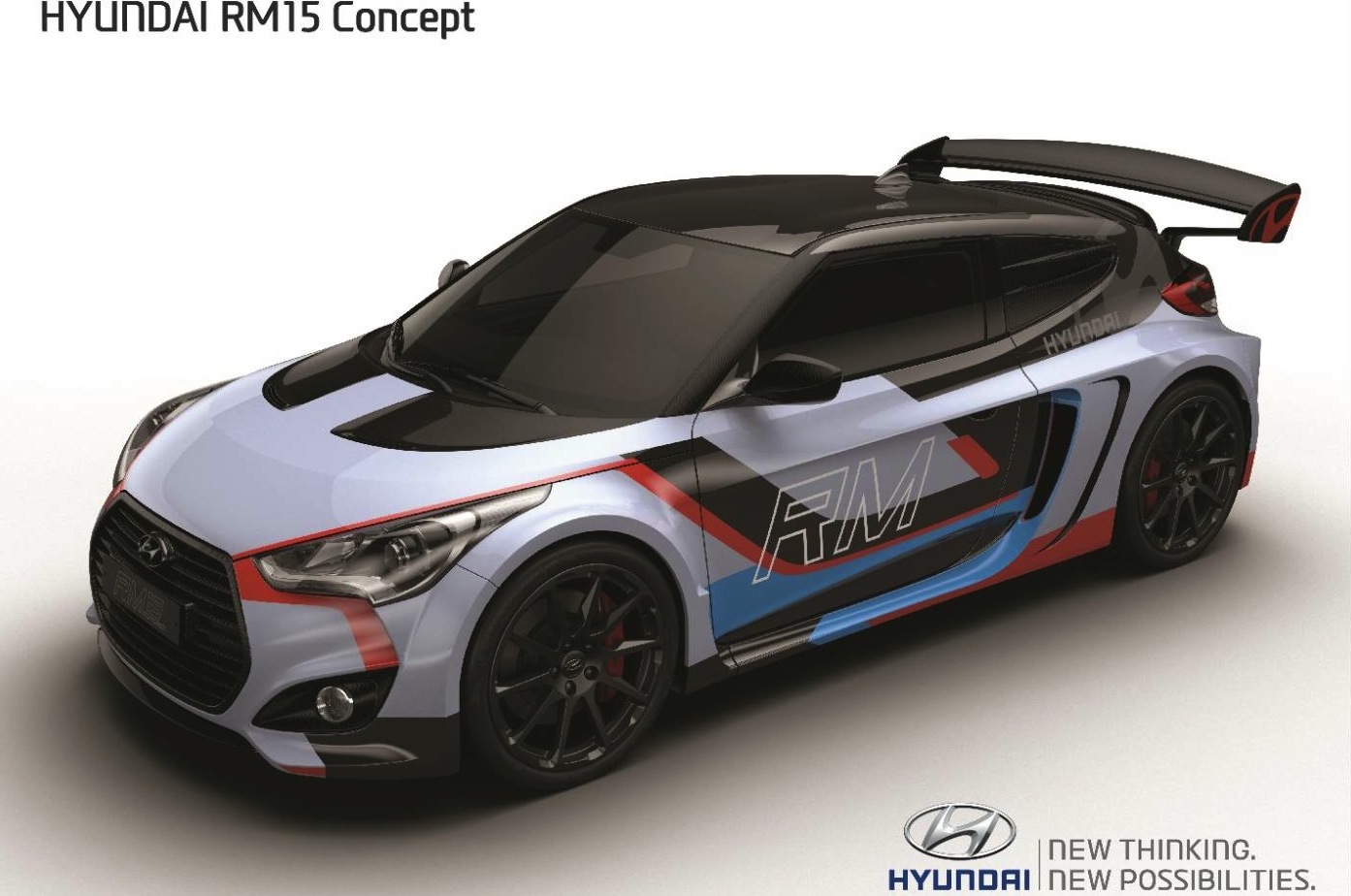 It looks like Hyundai was developing another mid-engined version of the Veloster, as spotted in prototype form last week. Called the RM15, the crazy creation was unveiled at the Seoul Motor Show. 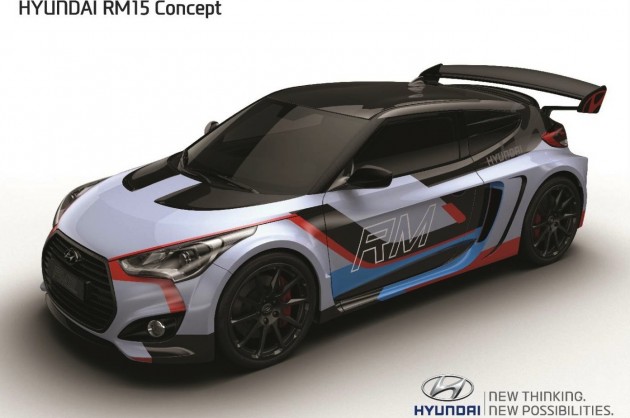 This isn’t the first time Hyundai has created a mid-engined Veloster. You might remember the RM concept we saw back in 2014. The Korean manufacturer says the new RM15 was built to demonstrate the company’s “continued commitment to advanced vehicle technologies and materials”.

It features an all-aluminium spaceframe and has been covered with carbon fibre reinforced plastic body panels for weight saving. The body has been painted in the company’s signature race colours too, similar to those seen on the WRC i20 rally car.

Grunt is thanks to a Theta 2.0-litre T-GDI engine, which has been positioned behind the front seats and ahead of the rear axle to ensure optimised weight distribution. Output is rated at 220kW and 383Nm, with drive being sent to the rear wheels via a six-speed manual transmission. Performance-wise, Hyundai says the RM15 can shoot from 0-100km/h in 4.7 seconds.

Inside you’ll find a WRC-inspired roll cage for increased stiffness, while sitting under the car is a double-wishbone suspension setup aimed to give the RM15 “precise responses and consistent handling characteristics”. Joonhong Park, senior vice president and head of high performance vehicle development centre at Hyundai Motor Group, said,

“I’m very proud to unveil the RM15 at our home motor show, where visitors have become used to seeing Hyundai Motor confidently give expression to its creative and engineering talents and energies. We intend to demonstrate our progress with high-performance technologies with other exciting prototype projects in the near future”.

There are no plans for this machine to go into production any time soon. Some inspiration may be drawn from it for future models though. 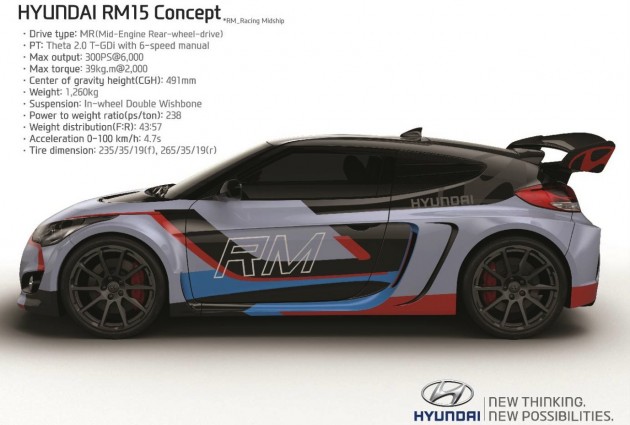