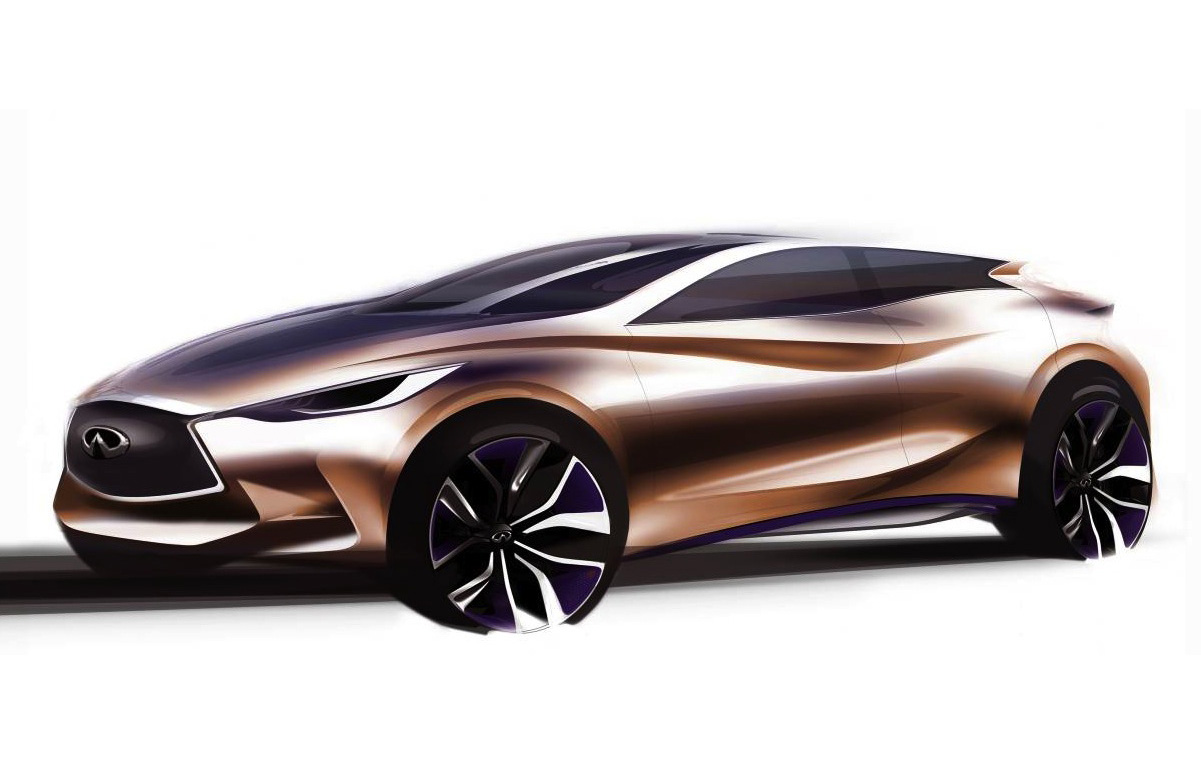 A new Infiniti Q30 concept car will be unveiled at the upcoming Frankfurt Motor Show, previewing a compact premium model for the future. So far, this teaser sketch is the only hint as to what it will look like. 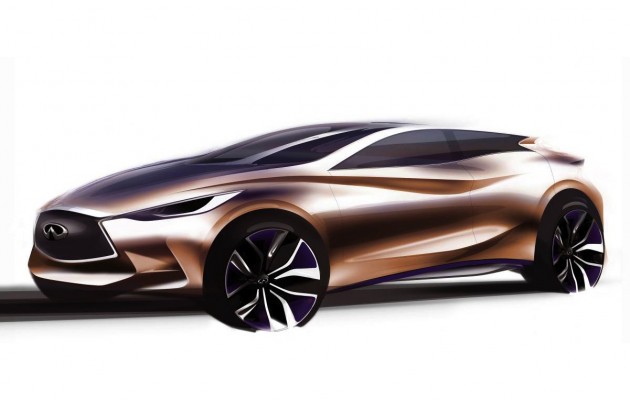 Infiniti says the Q30 is the next step in the company’s plans to move into other premium market segments, showcasing a stunning design, precision engineering, and innovative materials. Johan de Nysschen, president of Infiniti Motor Company, recently said,

“This Infiniti Q30 Concept is a prelude to the product portfolio expansion which underpins our aggressive global growth strategy. In our quest to appeal to the modern, young-minded premium customer, the Infiniti Q30 Concept has a distinctive style and reaches new levels of product quality.”

At the moment, the Infiniti showroom includes three main models; a large luxury sedan (M), an SUV (FX), and the two-door sports cars (G Coupe and Convertible). The company has also launched the new Q50 mid-size sedan in some markets, and will soon introduce it to Australia.

A production car inspired by the Q30 concept is set to slot below the Q50. It will be the first model which developed from the beginning with the help of Infiniti’s ‘director of performance’, Sebastian Vettel. It’s expected to be launched some time in 2015.

As for the concept, it will be unveiled on September 10.