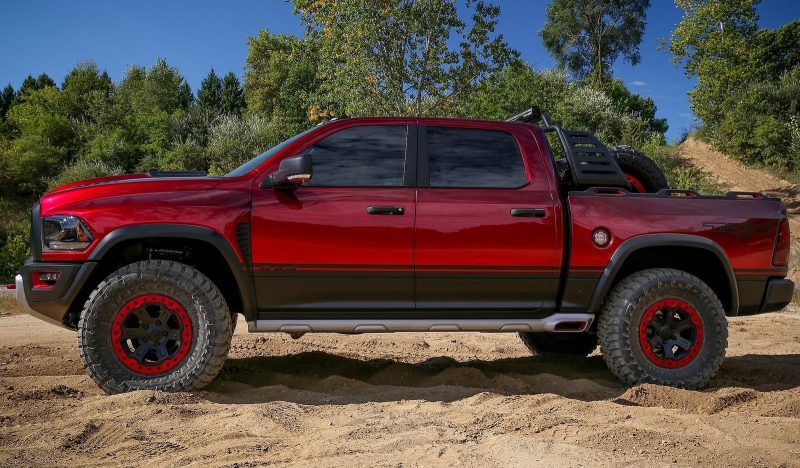 The highly-anticipated RAM 1500 Rebel TRX will reportedly debut in June this year. It’s set to hit the market as one of the most powerful factory-produced pickup trucks in the world. 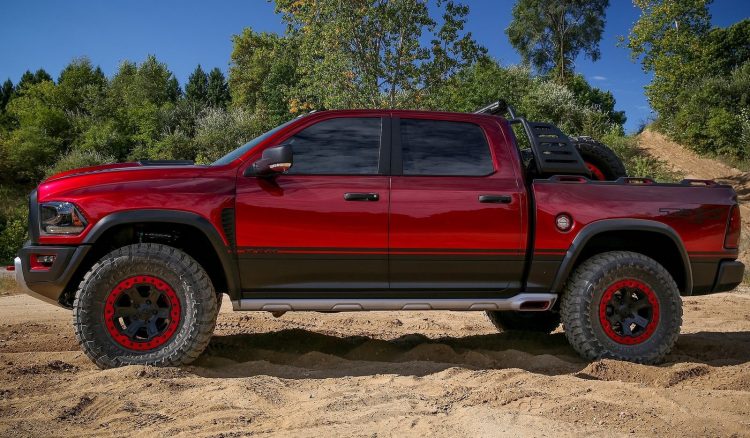 According to a recent Mopar Insiders report, RAM is preparing to unveil the performance truck at FCA’s proving ground in Chelsea, Detroit, as part of the company’s What’s New event. There have been plenty of rumours and reports about this truck, which started life as a concept vehicle (pictured), but now more information is proving it is actually happening.

Prototype test mules have been spotted out and about showing various clues, including big chunky wheels and tyres, hardcore suspension, and of course hints of that monster supercharged V8 sound coming from beneath the bonnet.

The Rebel TRX, as it’s known in concept form, will feature a 6.2-litre supercharged V8 engine. The ‘Hellcat’ engine, to be specific. Final power and torque figures are yet to be officially confirmed, but the 527kW/868Nm tune from the Jeep Grand Cherokee Trackhawk (522kW in Australia) seems the best bet. 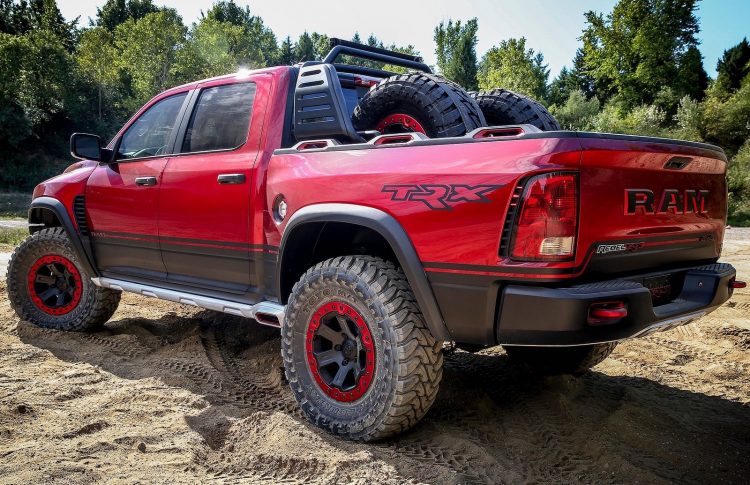 Aside from mega power the TRX is expected to come with a range of hardcore components to make it not just a weapon in a straight line, but also out in the bush and over/through pretty much any terrain. Things like special long-travel suspension, massive brakes, bespoke underbody bash plates and chassis reinforcements, and a suitably dressed-up interior are a given.

It was initially believed RAM was going to unveil the new super-truck at the North American International Auto Show in Detroit. Reports said this was going to be a big event for FCA as the all-new Jeep Grand Cherokee was also set to debut there. However, the event has since been cancelled due to the coronavirus pandemic.

Since the regular RAM 1500 is sold in Australia we are keeping our fingers grippingly crossed in the hope that the Rebel TRX will also make its way here further down the track. Then it really will ‘eat utes for breakfast’. 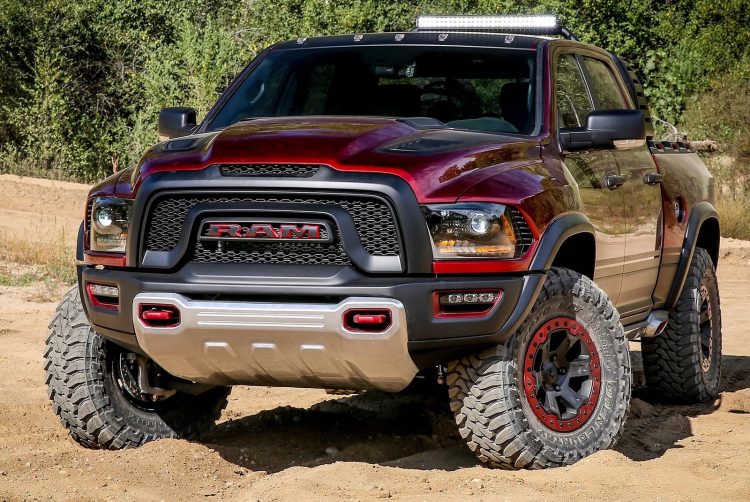