We’ve heard before from Toyota 86 head engineer, Tetsuya Tada, that the Toyota 86 and Subaru BRZ were originally designed with a convertible layout in mind. There’s now word that such a model is being planned for 2014. 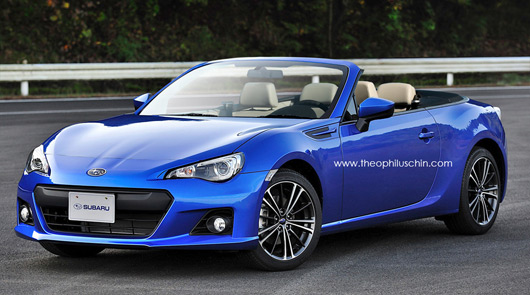 According to a recent Automotive News report in the US, a new Subaru BRZ update is on the way in 2016. Before it hits the market though a BRZ convertible will apparently arrive a couple of years earlier. A Toyota version is also likely.

As far as the specifications go, it’s understood the drop-top will be powered by the same 2.0-litre boxer engine producing 147kW and 205Nm.

For the Subaru BRZ version at least, there is a rumour going around that the open-top will lose its rear seats. The rear seats, as pointed out in our Toyota 86 GT review, are very cramped and almost useless for adults.

Despite the fact the convertible is expected to gain some weight due to reinforcements to maintain body rigidity, dropping the rear seats may offset this somewhat.

It’s too early to tell if either the BRZ or 86 convertible will make it to Australia, or at what cost above the current coupes.