We might have already seen it in spy photos but Kia is continuing to send out teaser images of the all-new, 2021 Kia Sorento ahead of its public debut next month. 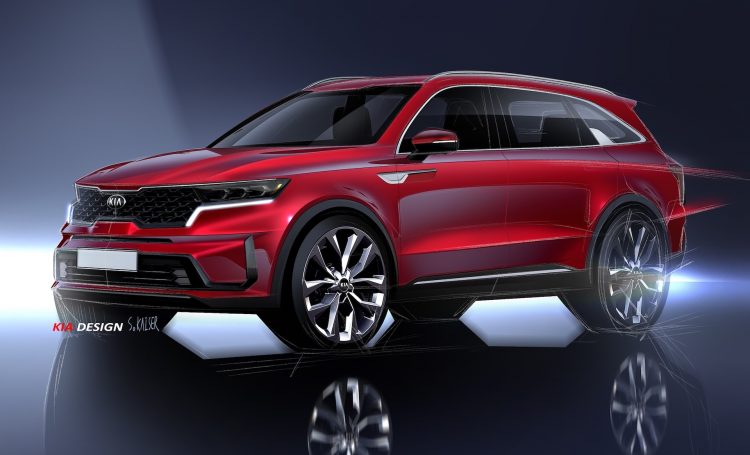 As confirmed with a teaser last week, the 2021 Sorento will come with a hybrid powertrain option for the first time. More specifics on the hybrid setup haven’t been confirmed, but as far as we know it might consist of a 1.6 turbo-petrol paired to an electric motor assist.

The current 2.2-litre turbo-diesel four-cylinder that produces 147kW and 441Nm is likely to carry on as well, and the 3.5-litre petrol V6 developing 206kW and 336Nm. Kia is yet to officially confirm any specs. In a previous statement, the company confirmed a new platform and the hybrid option, saying:

“The first vehicle based on Kia’s new-generation midsize SUV platform, the Sorento raises standards in its segment for practicality, offering space on a par with larger vehicles. The new model also marks the first-time adoption of hybrid power in the Sorento lineup.”

In this latest teaser image we get a pretty clear idea of the fresh design. Although it is a digital rendering, it’s pretty precise, showing the new-look full-width ‘tiger nose’ grille at the front, like what we saw on the Seltos, with more defined panel lines across the bonnet and down the sides. 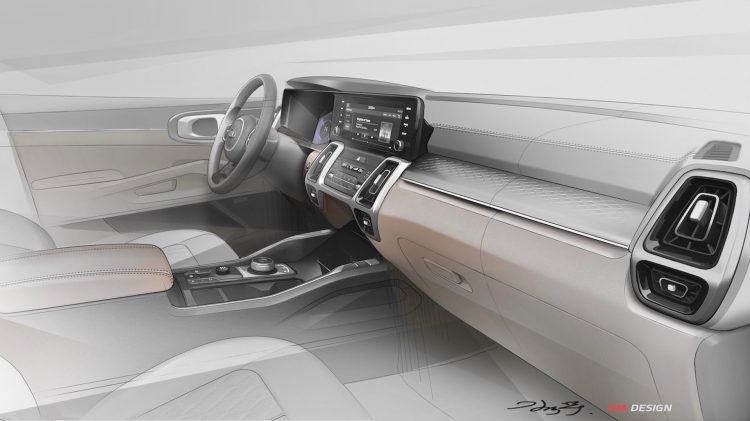 Also previewed is a smartened up interior. The sketch shows what we saw in those spy photos, with a new ‘H’ pattern for the climate stack, a wide-screen media interface that’s housed within the same binnacle as the instrument cluster, which is also digital, and a sporty three-spoke steering wheel.

The new model looks set to introduce a rotary-style gear selector on the console too, with two cup holders and plenty of storage options like the outgoing model. It also appears as though some new trimmings are spread across the passenger side of the dash.

The 2021 Kia Sorento will make its official debut at the Geneva motor show in early March, although we suspect there will be an earlier online reveal as well. Market entry in Australia is expected within the next 12 months.