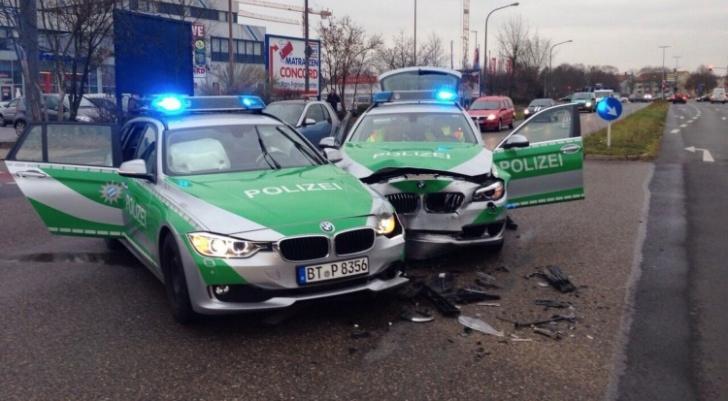 Two BMW police cars have crashed into each other while responding to a bank robbery alarm in Bamberg, Germany. The two cars suffered moderate damage while the officers now have some embarrassing explaining to do. 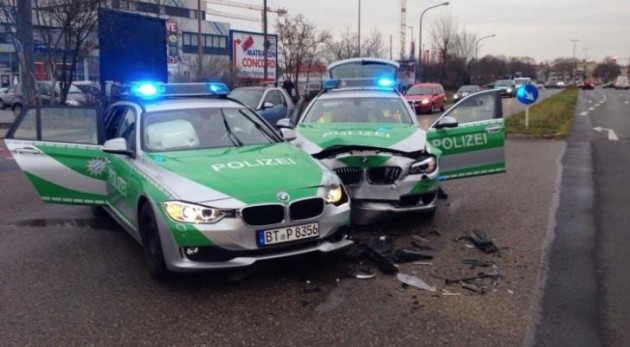 An employee of a bank in Bamberg, Bavaria, pressed the button activating the panic alarm at 13:45 which prompted two police cars to hurry to reach the scene of the heist as fast as possible. However, upon arrival the BMW 3 Series and 5 Series Touring crashed into each other, right in front of the bank.

According to local media, one of the drivers failed to see the other police car because a truck was blocking the view near the junction and as a consequence it directly hit the other BMW, without even braking.

The good news is there weren’t any injuries reported but the two BMW police cars will have to undergo repairs. Other police cars had to drive to the bank, while a tow truck took care of the demolished vehicles.

Later on during the day the call proved to be a false alarm, and no criminals benefited from the crash. So it turns out the entire operation was for nothing.