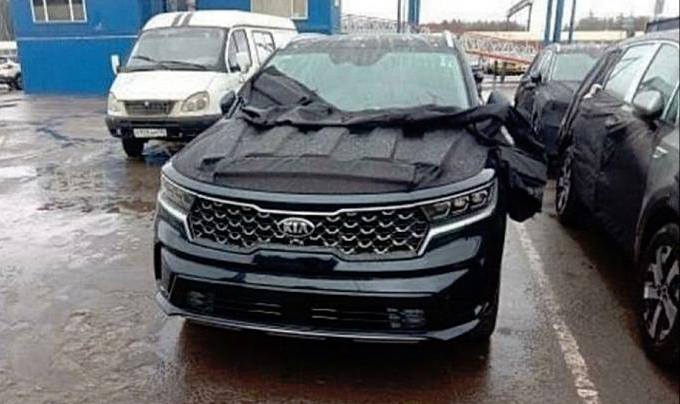 Some images of the new-look 2021 Kia Sorento have surfaced online, showing a sharp new design that seems to borrow from the Kia Seltos, with a crisper and more sophisticated interior also revealed.

It’s understood Kia is planning to unveil the new model towards the end of February, however, it looks like someone sneaky has managed to snap an example of the new model in some kind of holding yard. These images, first appearing on social media, show the fresh design for the first time.

At the front it’s easy to see the resemblance to Kia’s Seltos compact SUV. When that debuted it showcased a new design direction for Kia which was expected to merge across to other models further down the track. And here we are, down that track, and it looks like the Sorento is the next to receive the fresh styling philosophy.

Kia’s tiger nose grille has been reinterpreted and now spans the full width of the body, only bordered by the new-look three-lens headlights. The grille is much more sophisticated than ever before, with soft silver trimmings wrapping the lot. Down below is a wide intake system with sharper edges and plenty of horizontal lines. 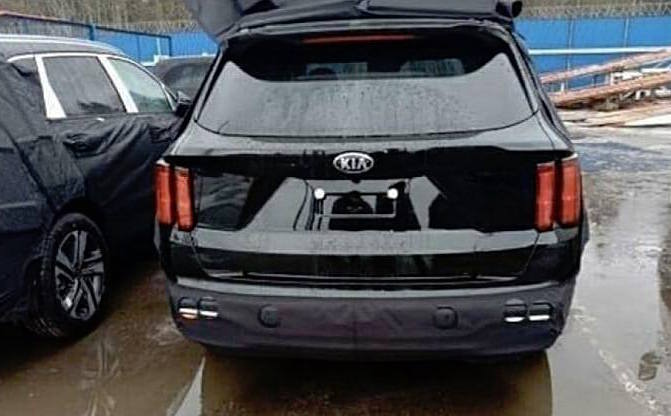 Taking a look at the back and it seems Kia is introducing a slightly different taillight theme for the Sorento, with twin vertical lenses pushed to the very edges of the body. Again, horizontal lines are prominent, helping to express a sense of width. It looks like the lower rear bumper is still wrapped up in black sheeting. Overall, the design is much sharper and edgier than the current rounded-shape Sorento design.

Interestingly, the interior looks like it has been given a major overhaul. There appears to be two digital screens that almost join at the ends, creating a seamless bar for both the instrument cluster (albeit indented) and main media controls. Some buttons surround the main screen, which is good to see, while the climate control stack is supported by a unique ‘H’ pattern for the vents.

Down on the centre console it looks like the gear shifter is being swapped for a rotary-style selector, with driving modes and other controls just behind. There are some reports that suggest Kia will be introducing a hybrid package for the 2021 Sorento. And if so, we suspect this rotary gear selector might be exclusive to hybrid models only. There’s also a nice new three-spoke steering wheel for the driver, patterned-leather for the seats, and some of the biggest internal door handles we’ve ever seen. 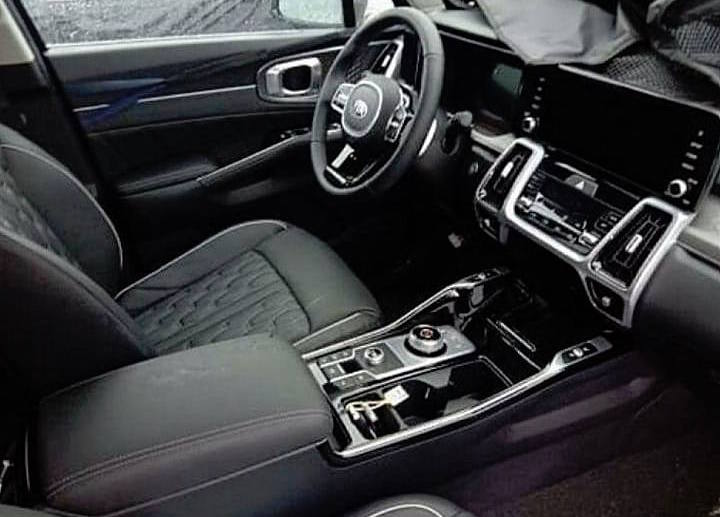 As for the specs and hardware, speculations suggest Kia will be offering both hybrid and plug-in hybrid powertrain options for the new model. These are set to comprise of a 1.6-litre turbo-petrol paired with an electric motor system –  a setup which is expected to be offered on the platform-sharing Hyundai Santa Fe in the future as well. Output is expected to be somewhere around the 170kW mark, although, Hyundai-Kia are yet to officially confirm anything.

Judging by the photo of the rear end, there doesn’t appear to be any exhaust outlets. Well, they aren’t very obvious that’s for sure. This also suggests to us that hybrid power lies within.

As mentioned, a full debut is tipped to take place later in February. We’ll be sure to keep you updated with any official details that spill out in the meantime, and provide updates from the full debut as it happens.