After being on sale in Australia since 2009, Volkswagen has launched the new 2012 Volkswagen Passat CC four-door coupe. The fresh model is now simply called the Volkswagen CC, and is available in turbo-diesel and V6 petrol form. 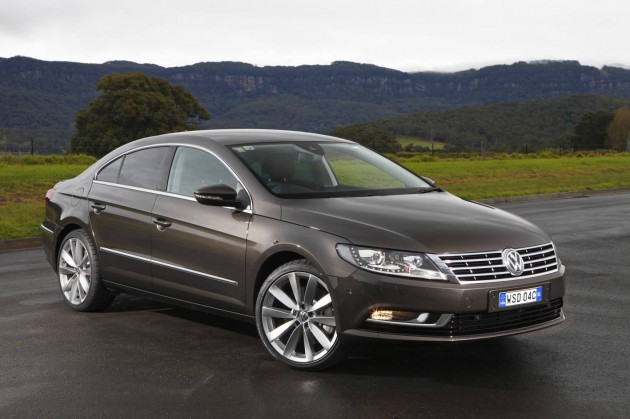 From the outside you can clearly see the new CC showcases Volkswagen’s latest design language. The front end is much more sophisticated and sharper than the outgoing model, with bolder headlights, while the front grille is also filled with three tiers instead of the outgoing two-tier layout.

Inside, the new model also gets a makeover with a number of new features and innovative technologies, such as a Driver Fatigue Detection system, as well as an optional ($3300) Driver Assistance Package with Side Assist and Lane Assist. Optional ($750) climate control front seats also now feature a massage function for the ultimate in pampered comfort. 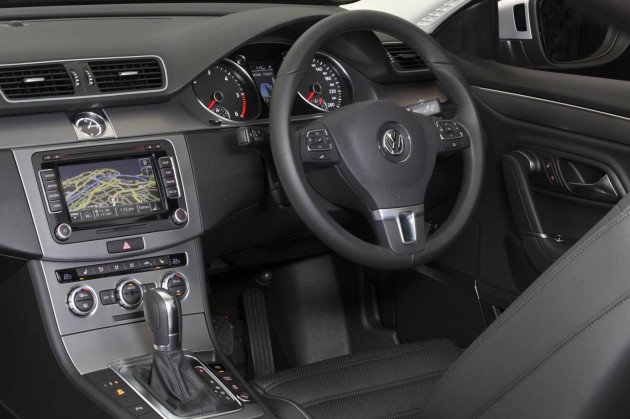 Being a Volkswagen, fuel economy is one of the CC’s fortes. On the combined cycle the TDI is rated at just 5.7L/100km, while even the sporty V6 is reasonably economical with a rating of 9.7L/100km.